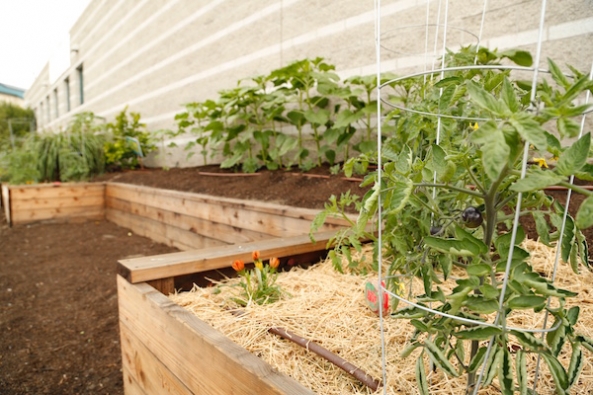 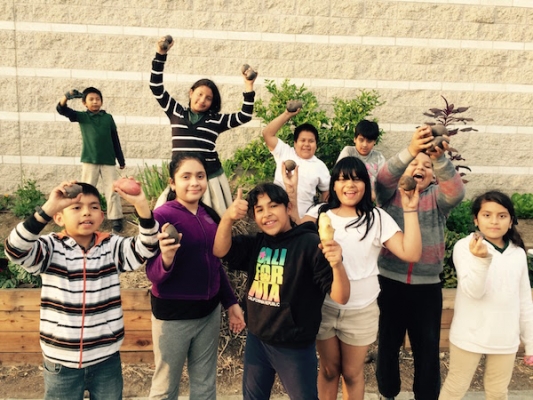 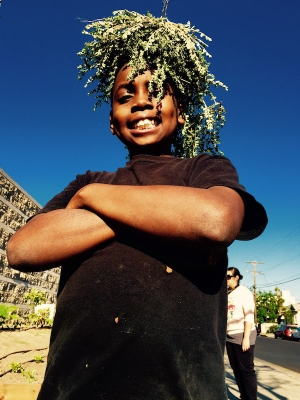 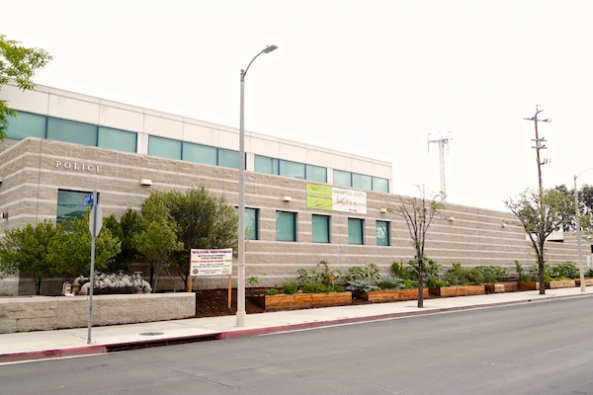 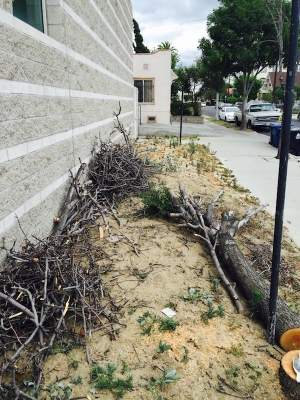 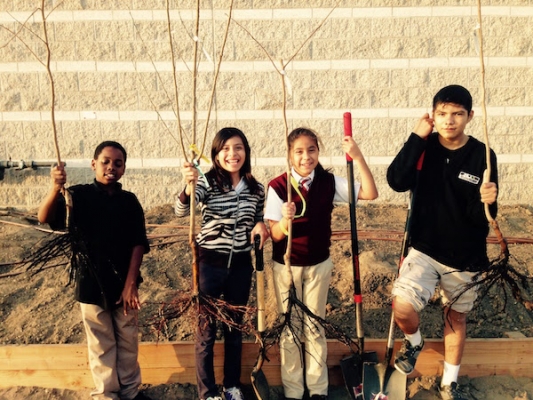 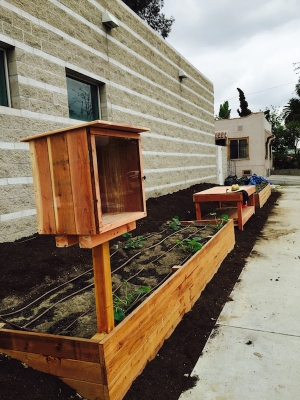 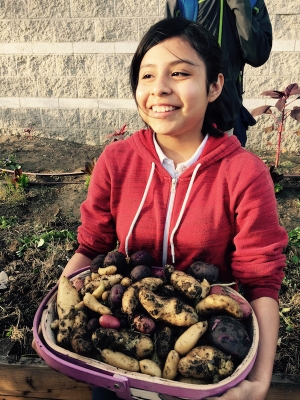 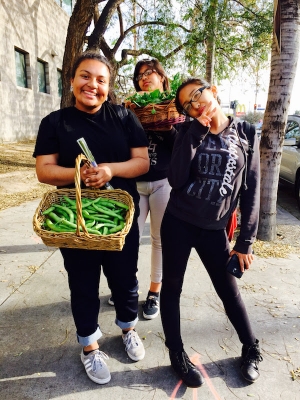 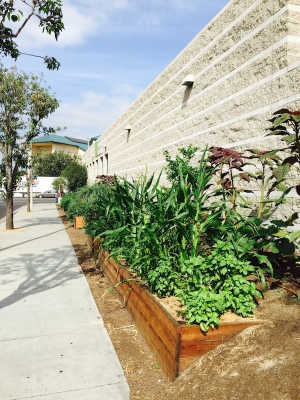 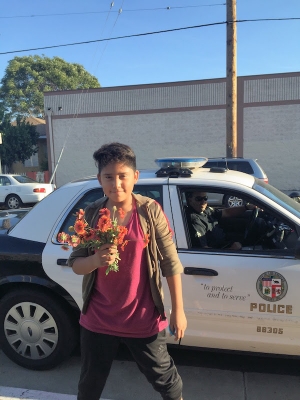 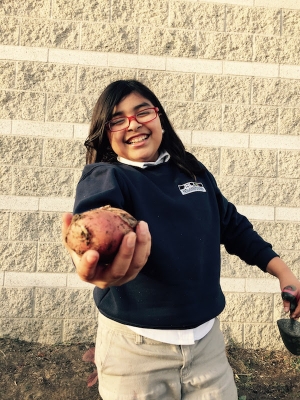 A Place Called Home is one of the treasures of the South Central Avenue corridor. It’s been so successful at serving young people ages 8 to 21 (they’re called members)—providing academic enrichment, training, mentorship, homework help and tutoring, athletics, arts programming, and a high school-dropout recovery partnership with L.A. Unified School District—that it’s now in the process of expanding into a building across the street from its headquarters at Central and 29th Street.

Among the many offerings at A Place Called Home is an urban agriculture program. It’s popular with members—and fits well in South L.A., where residents have a long tradition of community gardens and locally grown food.

Two years ago, the young members of A Place Called Home took charge of a strip of land outside the Newton police station at 3400 South Central Avenue, a five-minute walk away. Their goals for the garden were twofold. First, create South L.A.’s first gateless, large-scale edible garden. Second, collaborate with the local community and the police in the process of creating and growing the garden, thus, helping to build trust and make South L.A. safer.

The photos show both the before and the happy after in the garden. For their most recent harvest, members in a number of A Place Called Home classes, including Edible Garden & Food, grew tomatoes, tomatillos, basil, artichokes, okra, lettuce, chard, kale, collard greens, edible flowers, and various other things.

The food from the garden was cooked as part of A Place Called Home’s culinary program. Students used harvest potatoes and basil to make healthy baked potato chips with a pesto dip. The garden’s bounty was also shared with local families who don’t have secure sources of healthy food, and distributed during large annual community events.