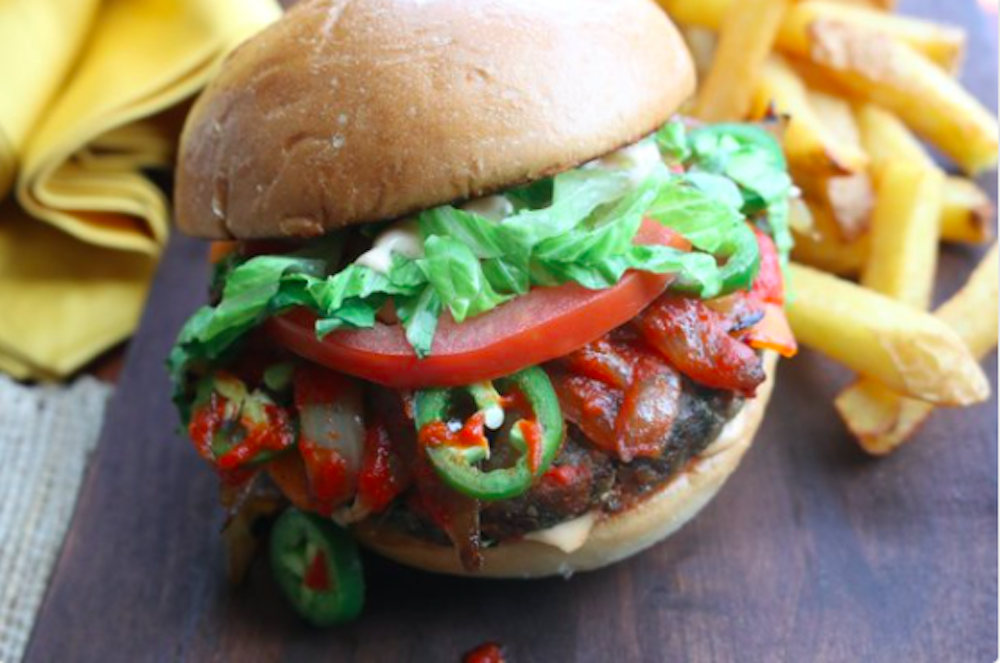 Truth is one, paths are many. That was the motto of Swami Satchidananda, a popular spiritual guru from India. His philosophy, which I grew up hearing, was that God can be approached in many ways, and the religion people choose as their path is up to them. Food, like faith, should be discussed with care. People grow up with certain beliefs around food that they take from their parents and their cultural upbringings. You eat three times a day, every day, your whole life. So if you’ve been enjoying meat and dairy your whole life, and somebody says you shouldn’t eat what you’ve always eaten, it’s almost as though that person is insulting your family.

Like everyone, food for me starts with my family story. My parents, both vegetarians, came from India to the U.S. in the 1960s; I was born here and grew up in Boston in the ‘70s and ‘80s. My parents wanted me to fit in as much as possible, so they let me adopt a standard American diet that revolved around meat and dairy.

My mother, a dietician by trade, told me to limit my consumption of red meat, but poultry and dairy became part of my daily routine. As an athlete in high school and college, I wasn’t concerned about my weight or health. My two-plus hours a day practicing basketball, baseball, or soccer kept me in shape without having to think much. My wife, a vegetarian who grew up in India, asked me after we got married if I could ever give up meat and my answer was a quick “no.” It was something that was hard to fathom. When she made a veggie-based meal like lentils and rice, it felt like something was missing, so I’d heat up chicken wings to satisfy myself. I realize now that my mind had been programmed to desire meat, and without it, meals didn’t seem as satisfying.

But getting back to my evolution, by my mid-30s—which I hit in the middle of the last decade—I fit the profile of an average 37-year-old health-conscious guy. I rarely ate red meat and started most days off with a bowl of Raisin Bran, sliced banana, and 2 percent milk. Lunch usually consisted of a turkey sandwich with lettuce, tomato, cheese, and mustard. Dinner varied—chicken burritos were a staple, pizza here and there, eggs and toast, tuna sandwiches, and various chicken dishes all made their appearances at different occasions. I tried to have fruit every day and indulged in desserts on the weekend. 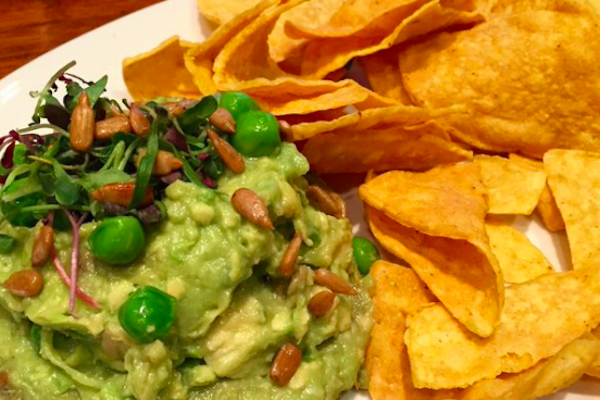 Guacamole with peas from Veggie Grill.

I still worked out three or four days a week and ate no red meat, so I thought I was living a healthy lifestyle, but I was 20 pounds above my college weight. My cholesterol was above 200 (the danger zone for heart disease). At first, I chalked up my cholesterol warning to the greasy scrambled egg breakfast from the hospital cafeteria I’d eaten right before giving blood. My run times were getting slower and slower—old age, I thought. My “healthy” diet surely couldn’t be a factor.

Coincidentally, my professional life was in a state of transition. In 2004, I stepped away from an Internet technology company I had co-founded. That gave me a blank slate to start thinking about the next chapter of my business life. It struck me that there were no healthy, convenient, and delicious dining options out there. After some research, I became convinced the country really needed this. So I set out to see if I could figure out a solution (as an MIT engineer by training, I like to solve problems).

I decided to visit every healthy restaurant I could find, some of which happened to be vegetarian and vegan. I had never set foot in a vegetarian restaurant—a reflection of my standard American diet and outlook. While some of what I tried fit my stereotypical view of unsatisfying veggie fare, I also really enjoyed some hearty and flavorful plant-based meals. I took friends to these restaurants to confirm my judgment. Who knew veggie-based foods could be this good?

So I started doing more research. I read several books and reports from major health organizations that highlighted the benefits of following a plant-based diet. The studies were astonishing to me. Plant-based diets prevent chronic diseases, reduce cholesterol, and provide more than enough protein.

I decided to make the transition. Cereal with soymilk. Veggie burritos, no cheese or sour cream. My wife’s meatless Indian dishes of rice, beans, lentils, and veggies without the supplement of chicken. Meat-alternative versions of “comfort food” like burgers satisfied my cravings for my old American favorites. Within a week of initiating my new diet, I started feeling lighter and more energetic. Pretty soon I could see a difference in my midsection. I was getting leaner, but not losing any strength. My workouts were getting easier. After three months, I was down 20 pounds, back to my college weight, and my cholesterol reading was below 140. I also learned more about the ethical and environmental issues surrounding industrialized animal agriculture (“factory farming”). My passion and belief cemented, I wanted to help more people discover the beauty of plant-based foods. A little more than a year later, I helped launch the first Veggie Grill. 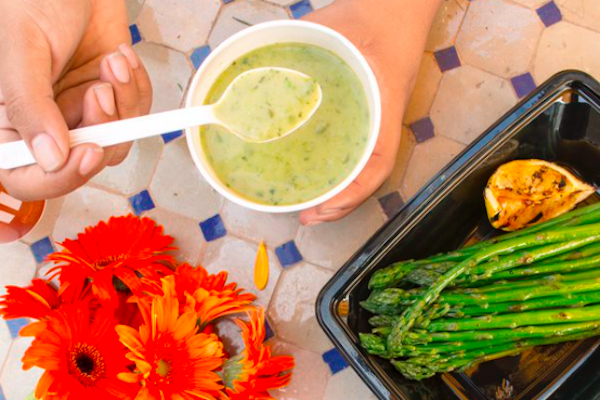 Soup and asparagus from Veggie Grill.

At first, I saw it as my role to evangelize for plant-based diets. I didn’t win many converts—it was like trying to change somebody’s religion. That was a crucial lesson for the business: I learned we had to make the food and experience as delicious and fun as possible. Show, don’t tell. That worked well. Veggie Grill now stands at 28 restaurants across the West Coast, and we’re about to start heading eastward. Personally, I follow the same approach: if friends want to learn about my eating approach and success, I am pleased to inform them. But I refrain from telling them what to do.

Fortunately for the health of Americans and the planet, I think the future is bright for plant-based eating. We’re past the tipping point for millennials on plant-focused eating being considered a smart and thoughtful approach. The transition is harder for GenXers and Baby Boomers, who have spent their lives eating in certain ways. Some will be able to re-program their eating habits and mindsets, other won’t. It’s a hard challenge. Veggie Grill is here to help without any preaching or judgment.

People often ask me what I think of paleo, low-carb, gluten-free, and other diets that gain popularity. While I am a believer in and can make a strong argument for plant-based eating for both health and environmental reasons, I have come to accept that there are different strokes for different folks. Family, culture, habits, genes, etc. all play a role in what eating pattern you can adopt, stick to, and thrive on. If something gets you to eat more good stuff and less bad stuff, and you can stick to it, that is a step in the right direction.

Part of the reason there are so many approaches is that there is no one proven, definitive way to eat. I always point to Dan Buettner’s book The Blue Zones, about the places where people live longest. People in these different locales eat a variety of different things. The one commonality, and what I’ve adopted as my “truth” to healthy eating, is that the diets common in these regions all primarily feature whole foods and a plant-based approach. Mostly plants. Truth is one, paths are many.