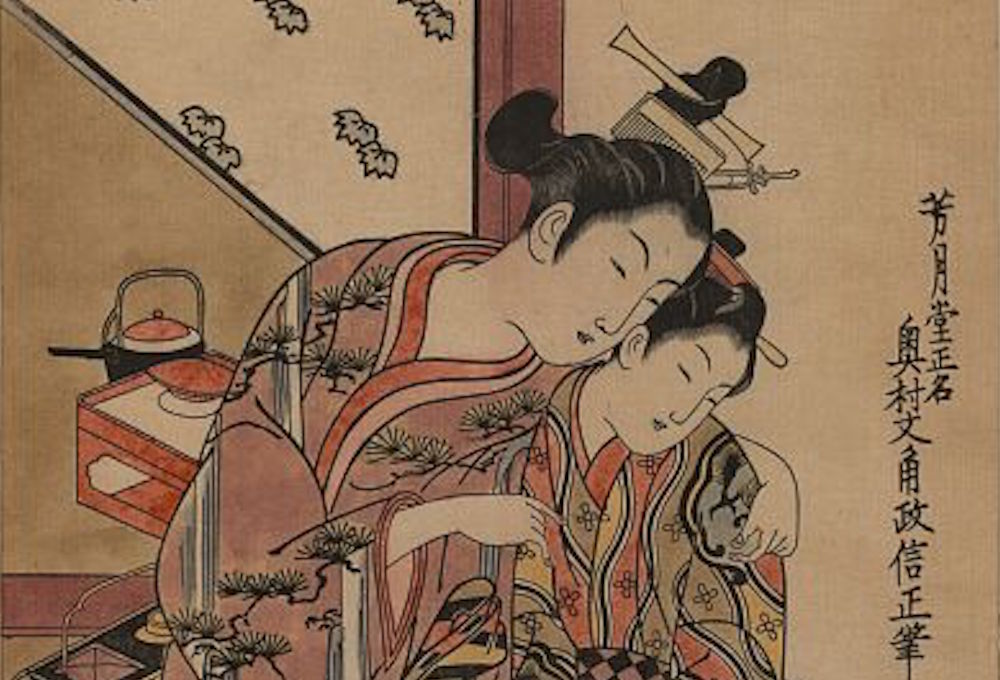 Don’t eat the spaghetti, she whispered. It’s funny
spaghetti—her hand raised to one corner
of her mouth, speaking out the other side,
conspiratorial grin I’d come to know, naively
wise.
I wore my chopsticks to the party, the pair
with inlaid fragments of iridescent shell,
wide X holding my bun tight atop my head.
How do you get it to stay like that,
she asked. Ripped tangles, I thought. Easy,
I said,
then slipped each out to show her. Do mine,
she said. We found a pillowed, dark corner, entered
our own orbit: dense, whisper-enclosed zone
blurring the party’s edges. Another thing
I’d come to know: this intensity, this closeness.

I sat behind her, extended my left hand to lift
so much wide lightness—bright, dark hanks sliding out
through my grasp as I pulled and twisted, lost them,
gathered again, twisted into swirl—one chopstick,
almost the other—but her hair fell like water,
like flood.
So far from the party and my new beau
I would later kiss until dawn in his truck—not
yet. Back to my task of gather, spin, and pin.
Make her happy. Make her my friend. Shape
her as she wants to be. For a thin instant, both
chopsticks held
what might be called a bun, which then flew
wide, loose as laughter flying down, the ornate pair
dangling quotation marks draped around her head.
How many times would I try reshaping her strands
beyond their gravitational incline and curve?
All must fall, even the healthiest and most shiny.