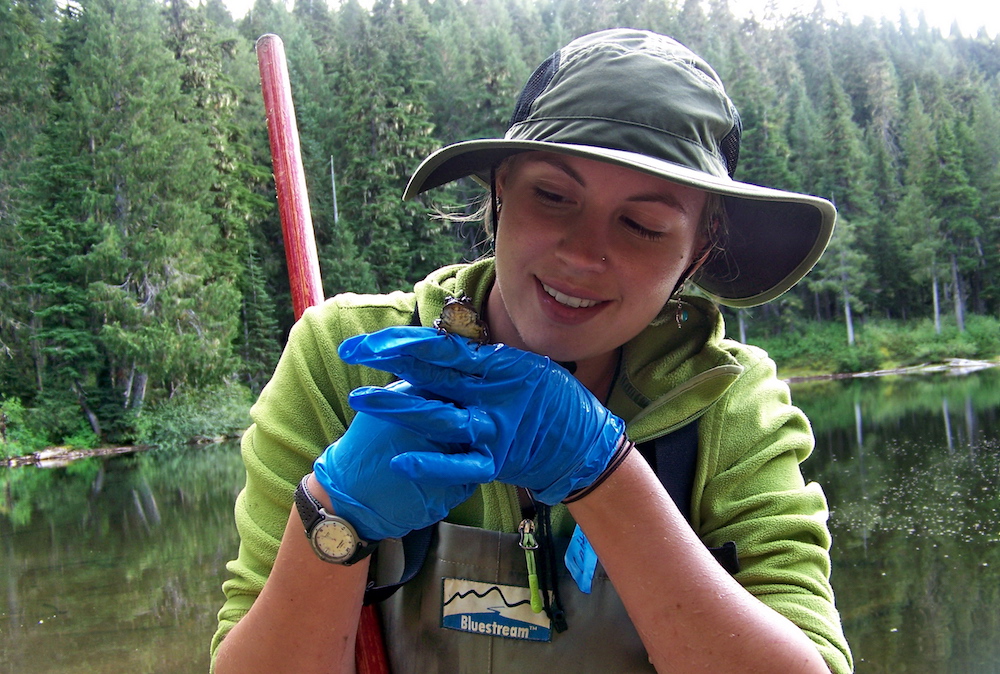 The earthquake near Washington, D.C., five years ago in August 2011—the one that damaged the Washington Monument and the National Cathedral but had little other noticeable impact—caught me by surprise. Sitting in an office on the 12th floor of a building downtown, I thought it might have been an improbably large truck on the street below, until a co-worker suggested we probably ought to leave the building. We spent the rest of that sunny afternoon milling around with other office workers before calling it a day and heading to happy hour.

What I did not do, but really wish that I had, was enter a description of my experience into the U.S. Geological Survey’s crowdsourcing initiative, “Did You Feel It?” The system collects data from people who have felt tremors to determine the extent and intensity of earthquakes in near-real time. The submitted data are used in the USGS ShakeMaps, which help organizations like the Federal Emergency Management Agency prepare for and respond to earthquakes.

USGS’s “Did You Feel It?” initiative is a great example of one kind of citizen science—everyday people using their experiences or interests to participate in scientific projects. These research projects come from a startling variety of scientific disciplines. Bird lovers can participate in the Audobon Society’s annual Christmas bird count. History enthusiasts can scrutinize 19th-century whaling logbooks to better understand climate change. You could also use a virtual microscope to hunt for particles of interstellar dust retrieved by the Stardust spacecraft in 2006. If neuroscience is more your thing, you can help to map the brain by playing EyeWire, an online game designed by a lab at Princeton University.

Citizen contributions to projects like these go back at least as far as Thomas Jefferson’s plan to collect weather data from as many people as possible in order to produce “a reliable theory of weather and climate.” It’s the kind of citizen science that most everyone agrees is worthwhile—helpful to researchers and edifying for the public. In fact, a bipartisan bill making its way through Congress at the moment, the Crowdsourcing and Citizen Science Act of 2015, encourages collaboration between scientists and the public. The bill appeals to a range of political sensibilities because it encourages public engagement in science and broadens the scope of federally funded research without increasing budgets. (Citizen volunteers cost even less than postdocs, it turns out.)

But citizens can do more for science than just collect data (as important as data collection is). By educating themselves in the research and infusing urgency into the process, citizen scientists can get involved in decisions about what gets researched, how research is conducted, and how results should be used. This pushes the bounds of citizen science in new and contentious ways.

Citizen participation in science-related decision-making can mean advocating for testing, as residents in Flint, Michigan, did when they realized that, despite their state Department of Environmental Quality’s claims, their water was contaminated with lead. It can mean loudly encouraging new research priorities, like AIDS activists did in the 1980s and some cancer patient advocates do today. Or it can mean funding the development of better air-quality samplers for use by communities near petrochemical facilities. Non-experts can also contribute to decisions about consequential (and potentially controversial) technologies, such as gene-editing techniques and artificial intelligence, by voicing their politics, values, and concerns in emerging forms of structured deliberation.

As Darlene Cavalier, a citizen science pioneer who founded the SciStarter database, and researcher Eric Kennedy astutely point out in their new book on citizen science, the public’s involvement in these scientific issues is not intended to replace or refute expertise. (Disclosure: I work for Arizona State University’s Consortium for Science, Policy, & Outcomes, and we published Cavalier and Kennedy’s book.) Citizens complement traditional science policymaking by contributing perspectives that researchers and decision makers would not otherwise have access to.

The educational aspect runs both ways. Participation in citizen science in its many forms improves adult scientific literacy, an important task as scientific issues permeate public policy debates on everything from Zika research funding to genetically modified organisms. (This might also educate people on the limits of science and help diminish our habit of appealing to it to arbitrate disagreements over the nonscientific realms of policy, politics, and values.) Greater awareness of issues like lead contamination in municipal water supplies can benefit the research process, too. Under federal rules, for instance, city utilities must get volunteers to collect water samples for testing. In 2014, the Philadelphia water utility sent letters to more than 8,000 of its customers but managed to find only 134 volunteers. Demanding that our water supplies aren’t poisoning us means taking some responsibility for ensuring that it’s tested properly.

It’s also worth remembering that a lot of research in the United States is publicly funded, as Cavalier has emphasized: “American adults fund 50 percent of the basic science [through tax dollars], and we entrust people with issues that impact our lives, but we’re cut out of the conversation.” The federal government will spend nearly $150 billion on research and development this year. Some measure of accountability to the people supplying that funding is necessary and appropriate.

Citizen scientists have different incentives than career scientists, which can affect the kind of research undertaken and how the results are used. Of course, scientists would presumably have chosen different career paths if they did not care a great deal about, for example, environmental quality and how it affects people. But the sample of murky water sitting on a lab bench looks a lot different than the murky water with which you’re making pasta for your kids. Because they’re human, the pressures of publishing, of finding funding, of making tenure, of discovering a marketable drug, or of keeping one’s boss in the environmental agency happy can all exert influence on scientists—and don’t always help align their research with the interests of everyday citizens.

This gets to an important final point about public involvement in science policy. Citizen participation improves the science. Ominous clouds have been building above many parts of the scientific establishment, aided by a steady updraft of retractions, fraudulent practices, reproducibility problems, conflicts of interest, conflicting results, and simple irrelevance. One of the reasons for this is that scientists are rarely accountable to anything outside their community. A citizenry that demands tangible results—such as effective cancer therapies and safe drinking water—can help to discipline research efforts toward finding solutions to pressing, real-world problems.

When dealing with the quality of our air, water, and food; searching for treatments for diseases we suffer from; or even understanding the enormous social implications of innovations stemming from cutting-edge science and technology, citizens’ voices need to be heard. This will require citizens like me to participate—rather than wandering off for a post-earthquake beer—and for scientists and policymakers to be more accepting of the public’s involvement in using the power of science to improve the world.