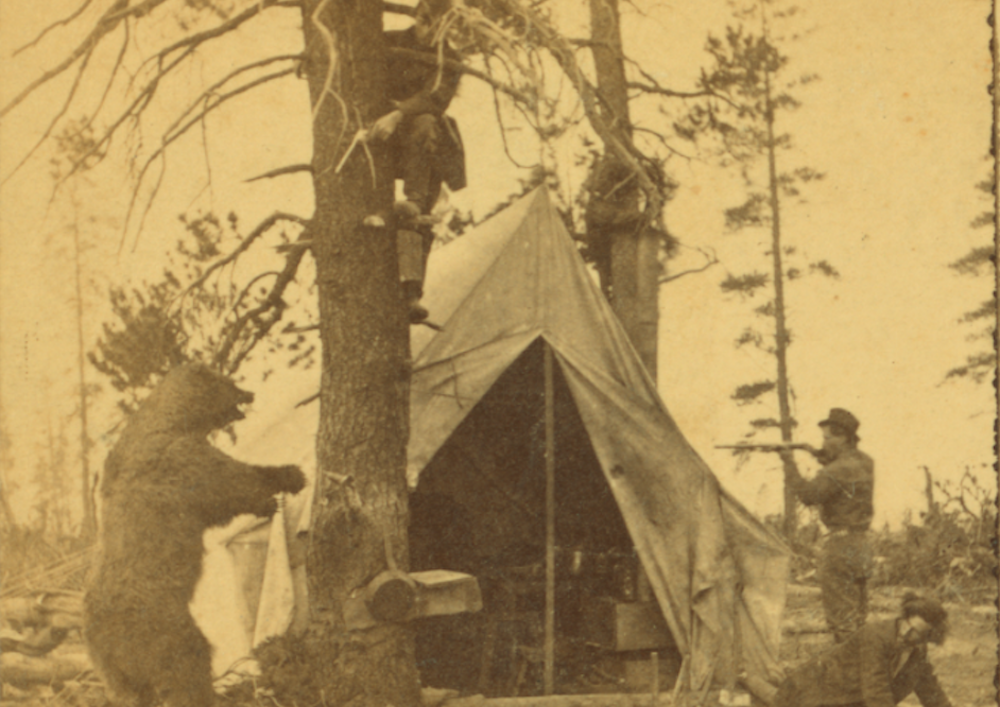 What you want is for love to lean against the table like a craps dealer at the end of his shift and clap his hands and nod and walk away, a person you’ll never see again, gone in twenty seconds, the end. It isn’t exactly like that. Or maybe you want it to go like the canvas canopy on the veranda snatched by the sudden wind up and over the flagstone wall and into the sea, crushed by the waves and disappeared there once and for all, no trace, was it ever here at all? Or maybe it should just go like a flock of wild parrots flying over the train station at twilight. Look and look, they’re gone and all their chirping. What about if love just exited the freeway like the utility truck that’s been by your side for twenty miles, gone to other lives. No. Love’s gone and it’s gone like the bear in your campsite from this afternoon. You scared it away or it was smart enough to depart, but try to sleep in that tent tonight. He’s gone; you won’t see him again. But, oh dear, it was a fucking bear.