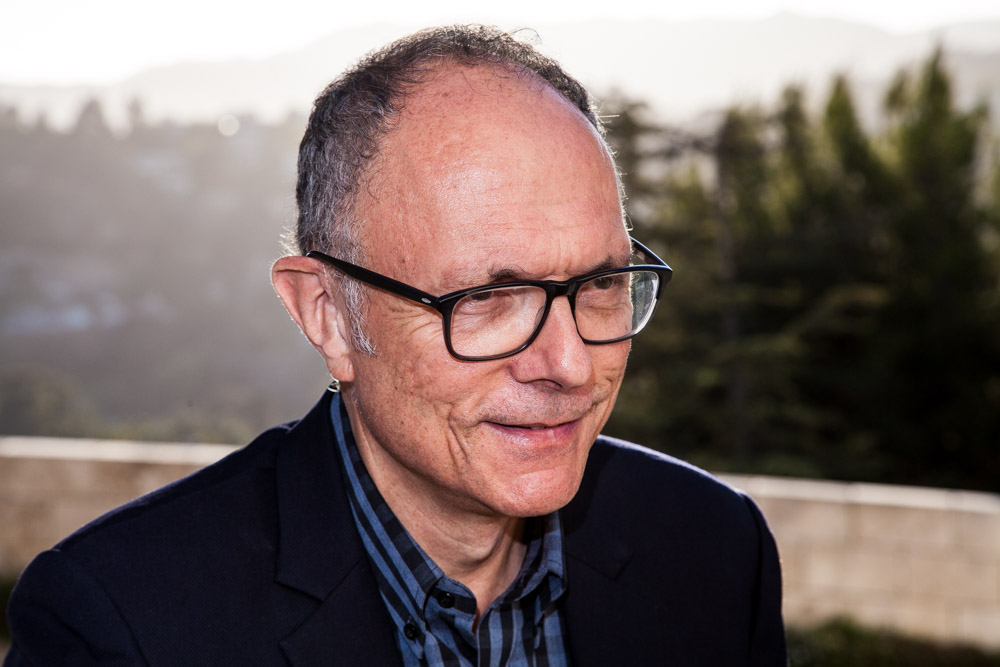 Michael Tolkin is a novelist and filmmaker best known for the 1992 Robert Altman film The Player based on his novel of the same name. He also wrote and directed The Rapture, about a woman’s conversion to Christianity and belief in an imminent Judgment Day, which brought him to the Zócalo/Getty “Open Art” panel discussion entitled “How Do We Depict Religious Experiences?” Before the event, he talked in the Zócalo green room about sushi, scripts, and The Seventh Seal.

What’s the best ever on-screen depiction of religion?

Do you have a favorite childhood memory?

It depends how long it’s been since I last had sushi.

A story meeting on a script I am working on.

If you had to spend an entire weekend locked up in a store, which store would you pick?

What book in your home would you want to hide from visitors?

Are you a player?

Then, as he walks away, looking over his shoulder:

Actually, I really am.