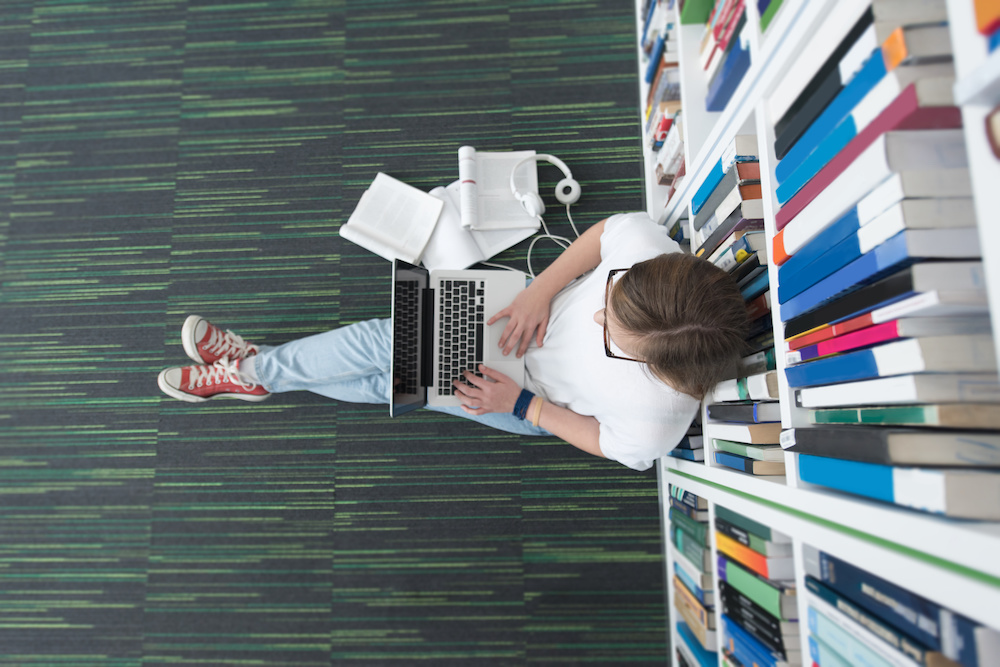 That’s not so very far away. The next time you see a tiny baby, bear in mind that she or he has a very good chance of living to see the 22nd century. What will the world of libraries look like then? Nobody can know—but perhaps we can talk about what libraries should be in that imaginable future.

For instance, how many libraries will there be? I can think of two good answers, both of which I hope are correct—and one very bad answer, which I hope is entirely incorrect.

The first correct answer is simple. There will be a library: one library, globally comprehensive and globally accessible.

That vision means we think of libraries as collections, which is one thing they are. The old model depended on physical collections of material widely and strategically distributed in locations where communities or institutions could create, sustain, and support them. If consulting the Encyclopedia Britannica was a good thing, then every library worth its salt had to buy a set periodically and figure out what to do with the old edition it replaced.

Now the EB and many other resources are available online. Yet libraries continue to “purchase” (it’s more like a rental at this point) such things, one at a time, at prices they feel are too high and publishers think are too low. The sheer inefficiency of such duplication is preposterous. We continue that way as much out of habit as out of necessity. The necessity that persists is that we cannot think of another way of funding the creation and dissemination of complex information resources except by distributing the cost widely among institutions and users.

That has to change. Once an encyclopedia or a book or a journal or a database is in digital form, there is no good reason why it should not be made as universally and freely available as possible, and no good reason why it should not be centrally held and maintained. Right now, major university libraries harbor knowledge riches galore, astonishing things, really—and we cannot share them. Most people who live on the planet today are unable to have access to sources of knowledge that, from a technical point of view, could be reached on their smartphones today—literally today, within the next hour of the moment you read this, if the provider made the choice to allow the access.

If that has to change, it will change. We will see the consolidation of collections and a consolidation of the technical infrastructure of presenting those collections. (Oh, there will be redundancy and backups, just as there is now for things like Google searches, hosted on many servers in many locations, transparently sharing the load. Such distribution speeds service and improves the resilience in case of disaster or emergency.) And we will see the emergence of business models for paying for what we now think of as “publishing” that allow completely free and open access to the contents of this global library.

The second correct answer to my original question is a little more complicated: There will be 3 million libraries.

Precise arithmetic is beside the point, but I got that number by taking the American Library Association’s estimate that there are now 119,000 libraries in the United States and extrapolating. There is some reason to hope that the growth of human population will top out gently at about 9 billion in the next decades, and so at the per capita rate we now enjoy in the U.S., that works out to 3 million libraries—one for every 3,000 people, which sounds good to me.

… we cannot think of another way of funding the creation and dissemination of complex information resources except by distributing the cost widely among institutions and users. … That has to change.

But these libraries will have changed. Their physical collections will all be what we now call “special collections”: unique materials they possess uniquely because of where they are and what their history might be. At Arizona State, where I am the university librarian, we have the public papers of Sen. Barry Goldwater. There will never be more than one copy of those papers, but they will retain historical value and we will cherish them. At some point we may also digitize them, but if we do, there will be no good reason not to deposit the digitized version in the global central library and make it universally accessible.

Readers will still make their way to the 3 million libraries to see whatever unique collections they have, but readers will also find in those places much of what they now go there to find: intelligent people engaged in the work of knowledge and the work of community. Librarians will be there as coaches, mentors, guides, facilitators, and other members of the public will be there as knowledge-seekers, knowledge-sharers, entrepreneurs of the spirit, and entrepreneurs of the world of business. Libraries are the ideal “third place” for a free society and will never lose that powerful attraction.

How confident am I that my first two answers are correct? I surprise myself when I say “mostly.” (I thought I was more cynical than that.) The good news is that if I am correct, then a lot of really good things will have happened to humankind. A single global collection universally accessible will mean that the human family has made great strides to overcome factionalism, division, sectarianism, and political pathology. If the library I envision is accessible to everyone who lives in what we now call North Korea, we’ll know the world is a better place.

I did say I had a third bad answer to offer, the one I hope is wrong. That answer would be a deeply pessimistic one: zero.

There are a lot of ways that pessimism could come true. Disastrous interplay of nuclear weapons, asteroids, and a collapsing climate—the loss of libraries would be one lesser symptom of ruination in a dystopian future. We could also lose libraries to hubris and shortsightedness. “We don’t need libraries any more; it’s all digital”—we’ve all heard some version of that peremptory dismissal, entirely worthy to be heard on the stage of a debate among presidential candidates.

But we do need libraries. In a world of superabundant information, they curate and collect and discriminate and care for the good stuff—the stuff really smart people have worked to create and preserve, the stuff you can rely on when you want to understand the world deeply and accurately, the stuff too complicated to come into existence by crowdsourcing, too unpopular to be foisted on us by corporations or politicians. Librarians—smart, professional, dispassionate about everything but the truth—are the Jedi knights of our culture’s future and deserve to be respected for that.

And libraries as places will be no less valuable than they are today. For however optimistic I may seem to be, it still seems prudent to realize that good people and smart people and idealistic people will still not be the only people on the planet. They will value then as they do now the opportunity to pursue knowledge and share insight in the company of others.

If we let ourselves be taken in by techno-optimism and carelessness and if we then let libraries fade away, we will be in a poorer place. There are many historical explanations offered for the disappearance of the great ancient library of Alexandria, but my personal judgment is that it did not fall victim to Julius Caesar or Christian monks or Islamic warriors. Libraries are more likely to disappear because the responsible leaders of a community deprive them of support, take them for granted, treat them dismissively.

But I can still be optimistic. The ancient library of Alexandria vanished somewhere in the first centuries of the common era, but it has in fact come back. With all the political, religious, and social challenges facing Egypt today, a gleaming new building on Alexandria’s harbor now completes its second decade as a place to meet, and a place to talk, and—most important of all—a place to read. We’ll always need a place to read.