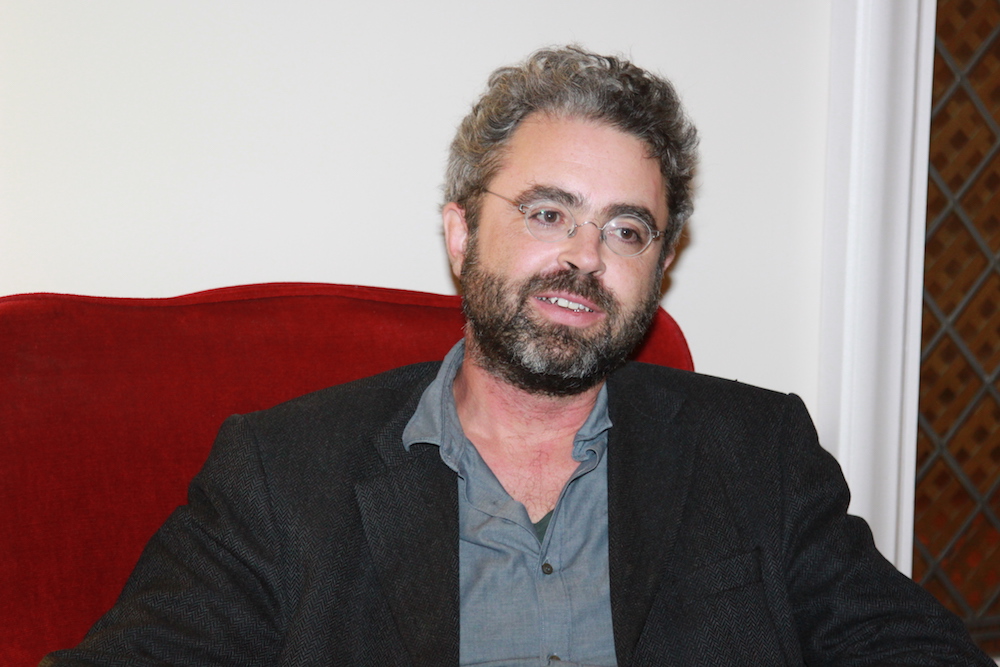 Maximilian Steinbeis is a German journalist and the founder of Verfassungsblog, a widely read platform on constitutional law and politics in Europe and beyond. He recently co-founded RiffReporter, a collaborative project to empower freelance journalists. Before joining a Zócalo Public Square/Democracy International event at the City Hall in Donostia-San Sebastian in the Spanish Basque Country, he discussed Berlin restaurants, the German constitution, and why he’d like to go to Iran.

What’s your favorite restaurant in Berlin?

What sound do you wake up to?

What provision of the German constitution do you most often quote?

Probably the first article—that the dignity of man and human beings is inviolable.

What salad dressing best embodies you?

What question do you most often get from non-Germans about Germany?

The further you were from Germany, it used to be a lot about Hitler. But in recent times, when you’re closer to Germany, austerity.

Nowhere. I’m alone most of the day because I work from home.

A Manual for Cleaning Women by Lucia Berlin.

What place on earth where you haven’t been would you most like to go?

I would like to go to Iran before they withdraw from the nuclear treaty.

September is the month when you reap all the delicious food.

I should have spent more time abroad when I was younger.