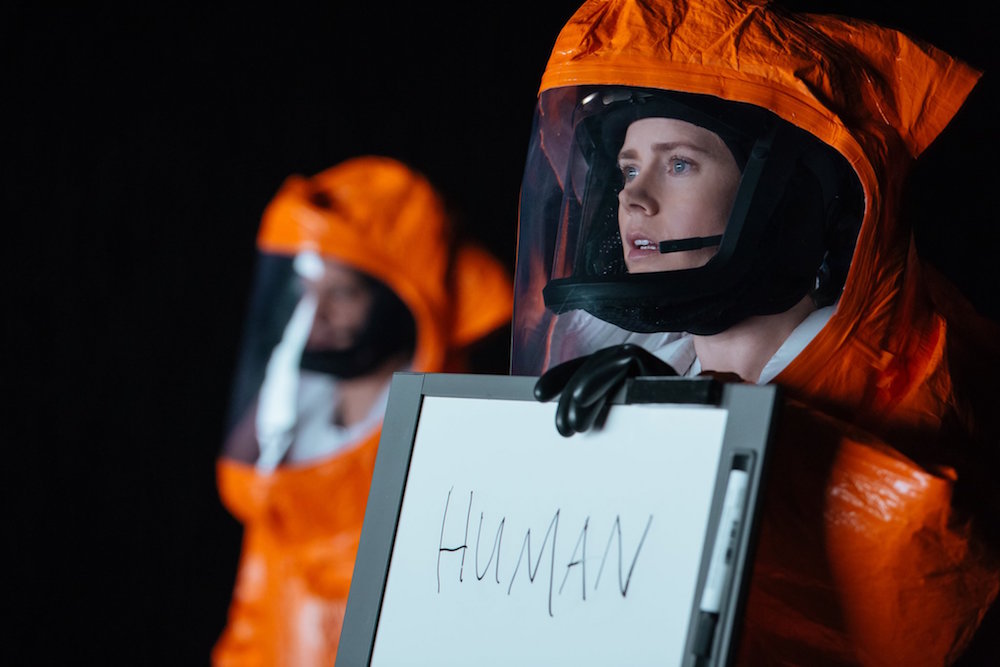 In the recently released film Arrival, Earth is visited by an intelligent alien race, the heptapods, and the contact forever changes humanity’s sense of place in the cosmos. The movie offers an excellent examination of how we as a species might react to information that we are not alone.

We may not have to wait long. It looks increasingly possible that our search for signs of simpler forms of life in the universe could bear fruit in the next few decades. The discovery of even microbial alien life would be profound, would tell us that life on our planet is not such a fluke, that perhaps intelligent aliens may yet lurk in one of the star systems in our corner of the galaxy.

The search for life in the universe is the central question of the field of astrobiology and drives much of NASA’s science. As an astrophysicist and astrobiologist, this search is the impetus behind my research, too. NASA is actively seeking life beyond Earth on two fronts: around exoplanets (planets orbiting other stars) and within our solar system. Missions like Kepler, the James Webb Space Telescope, and their successors will find Earth-like exoplanets, measure the infrared wavelengths of starlight blocked by these exoplanets’ atmospheres, and possibly detect the presence of gases like oxygen and methane that could indicate life. (The oxygen in Earth’s atmosphere arises from photosynthesis, and the methane from anaerobic bacteria.)

I lead a NASA-funded research team at Arizona State University focused on understanding geochemical cycles on newly discovered exoplanets, ranking them for follow-up observations based on whether oxygen and methane actually would indicate life. (Disclosure: ASU is a partner with Slate and New America in Future Tense.) Simultaneously, robotic exploration of Mars may reveal fossilized algal mats or even present-day bacteria. Jupiter’s ice-covered moon Europa has a subsurface ocean believed capable of supporting life. Ellen Stofan, chief scientist at NASA, speculated in 2015 that we may find definitive evidence of alien life in the next 20 to 30 years.

Science may reveal the presence of alien life in the next few decades, but it cannot predict how we will react to the news. Fortunately, movies let us imagine the aftermath. Granted, most films deal with intelligent alien life and their motives. In the standard tropes, aliens show up to abduct us (Communion, Fire in the Sky), threaten us with extinction if we don’t change our ways (The Day the Earth Stood Still), or simply blow us up for fun (Predator) or profit (War of the Worlds, Independence Day). Some movies examine human society using aliens as proxies for the underrepresented (Alien Nation, District 9). But Arrival, based on the short story “Story of Your Life” by Ted Chiang, is unique in its use of aliens as a mirror held up to humanity. Most of the story is not about the heptapods and what they do; it’s about our reactions to their existence and our reactions to each other.

The aliens in Arrival show up on Earth with a mission to give humanity a technology of sorts. Is it a tool? A weapon? Scientist/linguist Louise Banks, played expertly by Amy Adams, has to figure this out as part of what is, at first, an international collaboration. Through logic, insight, creativity, and experimentation—in other words, the scientific method—she deciphers the heptapods’ language and secrets. As she does, the rest of the world reacts strongly to the new knowledge and who should learn it. Some of the resistance is to the aliens, and such paranoia is not difficult to understand in light of real-life statements by Stephen Hawking, who warns us that if aliens call we should be “wary of answering.”

Arrival, based on the short story “Story of Your Life” by Ted Chiang, is unique in its use of aliens as a mirror held up to humanity.

But in the film, the strongest distrust is reserved for other humans. Military leaders suspect the aliens mean to divide and conquer us, and in a self-fulfilling prophecy the international collaboration falls apart, leaving humanity on the brink of global conflict.

It is remarkable how little the story is about the heptapods and how much it is about us. The heptapods do not instigate action, they do not react violently, and they literally rise above the conflict. The most pertinent fact about them is not that they are intelligent but that they exist. Even the technology they offer is morally neutral. Like any new knowledge, it is neither tool nor weapon—just information. The heptapods represent science, and Arrival shows us that humanity will react to alien life the way it reacts to other scientific discoveries.

Humans have a strong instinct to remain unperturbed by new information, and most discoveries that scientists consider fundamental and profound do not challenge that habit. Society has not changed because we know of the Higgs boson, or dark energy, or superconductivity. Evidence of even microbial alien life would be the crowning achievement of any scientific career. Whoever finds it would join Newton, Einstein, Watson, and Crick in the scientific pantheon. But scientific celebrity wouldn’t automatically make it matter to the public.

Sometimes, though, science produces new findings so profound we can’t ignore them. We can’t stop talking about them, because they make us reconsider who we think we are. Nicolaus Copernicus figured out in 1543 that the Earth orbits the sun, but even now there are websites arguing we on Earth are at the special place at the center of the universe. Clair Patterson figured out in 1956 how to use radioactivity to measure the ages of rocks and determined the Earth is 4.54 billion years old.

Sixty years later, a creationist has built a theme park to convince you the Earth is one-millionth as old and that the universe has existed entirely in that short, special interval of time that people have recorded their history. And we seem to have an endless capacity for reaction to Charles Darwin’s discovery of natural selection and evolution, which he published in On the Origin of Species in 1859. From the 1925 Scopes trial to disputes over textbook selections by the Texas State Board of Education, it is clear we are still processing this scientific discovery.

Humans have a strong instinct to ignore scientific findings, until those discoveries challenge the stories we tell each other about ourselves. And finding life—even simple, microbial life—outside of Earth would very much alter how we think about ourselves. It would imply that we are not alone, and it would call into question how special we think we are. Probably not just the larger meaning, but the very fact of the discovery would be debated on websites, and at theme parks, and in textbooks for many decades. Because the discovery of alien life would force us to examine who we think we are.