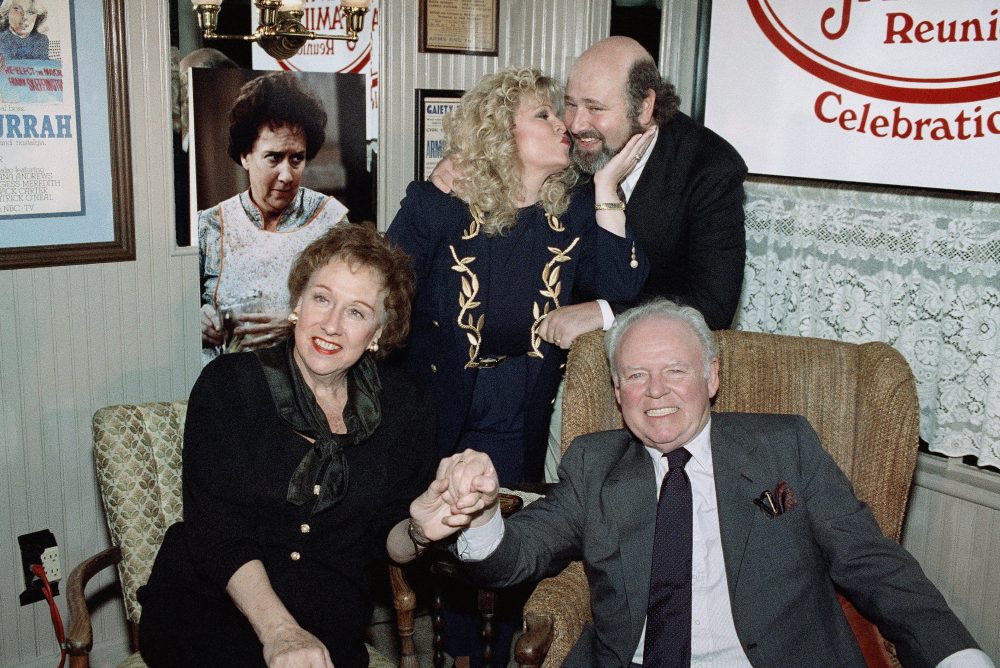 A reunion of the cast of All in the Family at O'Conner restaurant in Beverly Hills in 1991. Photo by Chris Martinez/Associated Press.

The Impasse of Difference

In American memory, if not always in reality, television and film once played a unifying role. During the Great Depression, decadent Hollywood productions delivered welcome diversion. At the dawn of rock n’ roll, Elvis and The Beatles landed in living rooms across America via The Ed Sullivan Show. During the upheavals of the ‘60s and ‘70s, Walter Cronkite functioned as a reassuring and trustworthy pater familias. And in the 1980s, Michael Jackson moonwalked his way onto screens large and small, criss-crossing ethnic boundaries. But gradually, as shopping mall cineplexes targeted audiences demographically, a profusion of cable and satellite channels turned broadcasting into narrow-casting, and the cell phone morphed into an individualized video viewing platform, the pop culture landscape splintered. Today, a few industry players are working to create a new approach to entertainment, one that could bring Americans together, not just as consumers but also as citizens. In advance of “Can Television Bring America Together?”, a Smithsonian/Zócalo “What It Means to Be American” event, we asked four writers to reflect on how television and film have united, or divided, the United States. 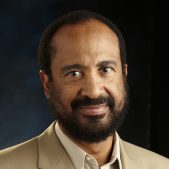 On a hot D.C. day in 1963, 200,000 people, mostly African Americans, gathered on the National Mall demanding jobs and equal rights. But millions watched Dr. Martin Luther King, Jr.’s “I Have a Dream” speech that day. On television. Eleven months later, President Lyndon B. Johnson signed the Civil Rights Bill because, as he put it, “It’s the right thing to do.” And millions watched. On television.

When somebody tried to kill the dream at a Memphis motel, millions of Americans learned of that appalling moment, when Dr. King fell, on television, and were horrified by it. That didn’t stop the dream. It assured it.

That same decade, an African American man (Bill Cosby) and a white man (Robert Culp) worked as a spy team, while an African American woman (Nichelle Nichols’ Lieutenant Uhura) went “where no man has gone before.” Another African American man, Greg Morris as Barney Collier, was the brains behind every “mission impossible.” Later, a Mexican American family in East L.A. struggled to keep their traditions alive in the world of boxing on Resurrection Blvd., while the relationship between a gay lawyer and flamboyant gay actor was portrayed as normal on Will and Grace. All on television.

In the late ‘70s, America held its collective breath for seven straight nights watching a multi-generational story of slavery, Roots. In the ‘80s and early ‘90s, millions watched an African American family, the Huxtables, whose father was a doctor, married to a lawyer, with children who were well-educated, curious, polite, and lived in the “good” part of town with friends from all walks of life. They were funny and serious. Television altered the world’s collective psyche about the American black family.

From the images conjured from Dr. King’s words to the fictional characters created by television writers, Americans experience the same reference points in which to consider how to live their lives. There’s room for interpretation and prejudice. But, over time, those television images, when consistent, instigate millions to believe the same truth: We’re all complex human beings.

And for many of the same reasons as those of the 200,000 marchers gathered to hear Dr. King on that hot August day in 1963, so did an extraordinarily diverse crowd of millions gather in that same place the day after Donald J. Trump became the 45th U.S. President. And millions more gathered in major cities around the world. And even millions more watched. On television.

Stephen V. Duncan is a professor of screenwriting in the School of Film and Television at Loyola Marymount University. He co-created the Emmy winning CBS-TV Vietnam series Tour of Duty, was a writer-producer on the ABC-TV series A Man Called Hawk, and was co-writer on the TNT network original film The Court-Martial of Jackie Robinson. 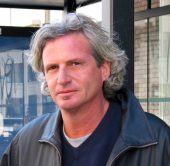 Can entertainment act as a unifying force among Americans and serve to bridge differences based on race, geography, political affiliation, and other social divisions? Happily, history suggests it can.

Forty-six years ago, a brand new television show called All in the Family offered viewers some optimism that Americans were at least ready to confront the fact that theirs was a racist society. “Bigotry and race hatred are, admittedly, not about to be overcome by any television show,” Floyd McKissick observed in February 1971. But the critic for the black newspaper, The New York Amsterdam News, argued that the program created by Norman Lear could potentially expose the stupidity and ignorance of racism through its lead character. By presenting Archie Bunker—the show’s Nixon-loving, malapropism-speaking everyman—as a ridiculous figure whose opinions about an individual or group were heavily based on their race, ethnicity, or religion, the narrow-mindedness of prejudice could easily be seen. Admitting that Bunker’s kind of bigotry actually existed was rare at that time in American society, making the show not just refreshing (and funny), but one that could possibly improve race relations by addressing them head on.

While Archie Bunker’s casting of aspersions on “Pollocks,” Catholics, and his (more well-to-do) African American next-door neighbors through the 1970s certainly rubbed many viewers the wrong way, the landmark show functioned as a kind of catharsis for a very divided country experiencing far more cultural upheaval than that of our present era. (The Vietnam war, the feminist movement, and the “generation gap” were also powerful divisive forces.) Besides being great entertainment, All in the Family illustrated the absurdity of hatred based on skin color, ethnicity, gender, or political bent. And although the show’s sympathies were left-of-center, All in the Family was an equal-opportunity provocateur, occasionally poking fun at Archie’s knee-jerk liberal son-in-law Mike and extremists of all types.

The current bitterness many Americans feel toward each other may seem unresolvable, but, given that a single television show helped alleviate a little of the virulent racism of almost a half-century ago by exposing its inanity, there is hope. We may (and should) disagree about what’s best for the country but, at the end of the day, we are “all in the family,” something today’s producers of entertainment might consider when conceiving content.

Lawrence R. Samuel is the author of Aging in America: A Cultural History, to be published this month by the University of Pennsylvania Press. His other books include Brought to You By: Postwar Television Advertising and the American Dream. 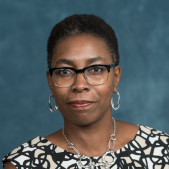 In 1967, President Lyndon Johnson launched the Kerner Commission to study the cause of urban unrest in more than 100 cities. The Commission’s 1968 finding, “our nation is moving toward two societies, one black, one white—separate and unequal,” was not merely social critique regarding the U.S.’s disunity; rather, they implicated television in the widening racial divide. Specifically, the Commission noted that television’s inequitable representational treatment of blacks resulted in public perceptions that black life and culture mattered less.

The Commission challenged television to do better:

“Television should develop programming which integrates Negroes into all aspects of televised presentations. […] For example, Negro reporters and performers should appear more frequently—and at prime time—in news broadcasts, on weather shows, in documentaries, and in advertisements. Some effort already has been made to use Negroes in television commercials. Any initial surprise at seeing a Negro selling a sponsor’s product will eventually fade into routine acceptance, an attitude that white society must ultimately develop toward all Negroes.”

The Commission deduced that the “routine acceptance” of blacks was hampered by frequent, inequitable images offered up by television—blacks in police custody; stories of dysfunction paired with images of black people.

Television has made inclusiveness inroads. Television showcases blacks in award-winning series (think, ShondaLand). Lester Holt anchors the evening news. Laverne Cox and Jessie Williams are, perhaps, more often featured for their civil rights advocacy than their acting. Still, racial solidarity is elusive. The Commission hoped blacks in commercials would become mundane. However, the 2013 racist backlash against an interracial couple in a Cheerios ad proves otherwise. Likewise, the Commission hoped stories of black deviance would cease to dominate. But, it took an online petition to ensure the reality series, All My Babies’ Mamas, about a black father with 11 children by ten different women, never aired.

Hence, the question: “Can television do more to show that black lives, indeed, matter?” It remains to be seen whether television will take more of a leading role in standing up for inclusion.

Robin R. Means Coleman is a professor at the University of Michigan and the author of five books and numerous articles on race and media.

The Impasse of Difference 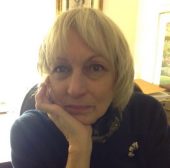 In this millennium of niche viewing and marketing, it seems an optimistic and daunting endeavor to reach populations unsympathetic to, antagonistic to, or suspicious of each other. Even when a single media product appeals to different demographics through the topic addressed and characters portrayed, it is not clear a substantial connection is made, if by connection one means an actual link to or a significant shift in the relationship among the people populating those different demographics.

Hidden Figures, Lion, Blackish and Modern Family all depict likeable characters whose differences from mainstream white, heterosexual, middle-class Americans are subsumed by their compelling commonalities—their commitment to work, love, friendship, family, and peace. Their longings, foibles, and reactions may not always coincide exactly with the mainstream, but they are presented in ways that make difference either muted or stress similarity. Frequently their actions are played against negative clichéd responses of the dominant group, allowing the spectator to join with the charming other in feeling superior to what can be readily disavowed by the dominant group.

My dad, a rather stellar representative of the comfortable white male viewer, found the film Philadelphia to be extraordinarily compelling. He proclaimed that gay men “were just like us,” a contention that lasted until he saw two men walking down the street holding hands and “was disgusted.” A dying, honorable man treated unfairly by an unfeeling corporation won my dad’s heart (I mean, it was Tom Hanks, for heaven’s sake), and the physical homosexual partnership was so muted that it was palatable.

In short, in emphasizing what folks have in common by redistributing unifying feelings, beliefs, and values across demographic dividing lines, difference is lost, obscured, or erased. It is a conundrum I discussed in media classes over the years: How does one not only illustrate correspondence and congruence, but also present difference, so that difference registers as such and is still palatable/tolerable to those disposed to see it as threatening or immoral? In the classroom, how is this accomplished without putting those considered different from the mainstream in the position of speaking as native informants and/or of having to account for and perhaps justify their race, ethnicity, class, gender, sexuality, religion, or way of life?

Pat Gill is Associate Professor, Emerita in the Department of Communication and the Department of Gender and Women’s Studies at the University of Illinois at Urbana-Champaign. She is the author of Interpreting Ladies and co-editor of Illicit Sex. She has written on filth, crime, passion, and nostalgia.