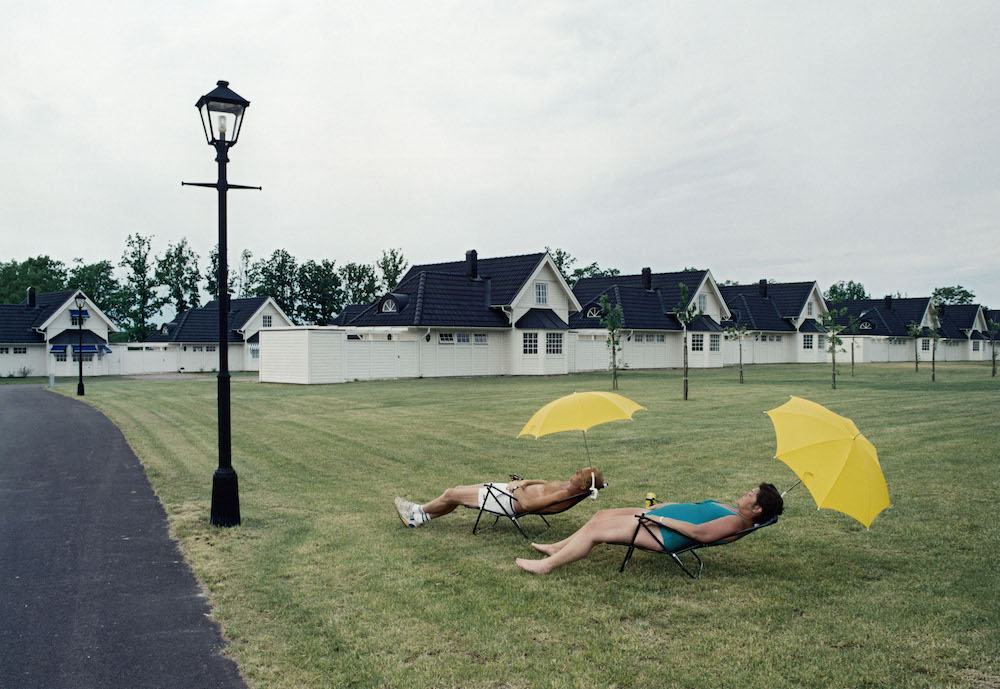 The woman in the audience is among those who will stay for a while to ask a question. I have just been giving a lecture at the Foreign Policy Association of Sweden’s Uppsala University. The topic is the country’s migration. That is almost the only thing we’ve talked about since autumn of 2015, when 10,000 asylum seekers arrived every week, raising questions about how our migration policy is shaped and how we should hope to cope with the integration of the many newly arrived.

The woman tells me that she is one of the numerous volunteer workers who do language training with the newcomers. She has 10 of them in her group and they meet for two hours once a week. Neither she nor the other volunteer who meets with the group has any teacher’s training. They go along as best they can.

“But my frustration is nearly killing me,” she says. “I have to believe that learning Swedish will serve them well. I must believe that it leads to jobs for them. But I don’t know what to tell them. I don’t want to fool them.”

Her frustration is shared by many others, as is her sense of duty and her carefulness. There is major work going on in Swedish civil society, far from the hot political debate, which has become noisier and more unforgiving. And she summarizes well the crucial problem that will mark our country for the foreseeable future: How do we get the newcomers into the labor market?’

We opened the door. Now people are in the hallway. But the thresholds to the labor market and the housing market are very high. For those stuck in the hallway, the frustration, the alienation, the problems, and the costs are all increasing.

On the Swedish island of Gotland, in the Baltic Sea—where, during World War II, the refugees from the Baltic states arrived, fleeing from the Soviet threat—civilians have once again voluntarily rushed to offer help. Clothes, food, and other necessities were collected. The young ones were placed in schools, the older in language training. Trainee jobs were arranged, people were hired, friendships developed, and networks grew wider. Those who had crossed the Mediterranean in life-threatening boats began to feel safe on firm ground. Not without frictions, but on the whole a great success.

The big blow came when the Swedish authorities made a review of their residential facilities and decided, in one big go, to move to the mainland all those who were beginning to settle down. But when the buses came to collect them, the villagers in Gotland had collected money and arranged accommodation so that those who wanted to remain in Gotland could do so. That gesture was made equally out of compassion and self-interest; the island needs more workers to build their future there.

When we Swedes don’t talk about immigration, we discuss conflicts between urban and rural societies, and especially the effects of urbanization in a scarcely populated country.

And before the terror attack in Stockholm on April 7, we talked about Donald Trump, every single day, and in a tone combining incredulity and condemnation. We too walk into the trap; every single tweet from @POTUS becomes a piece of news. To most Swedes, it is incomprehensible how the Americans could have chosen such a president. He worries us—on top of the other worry, the one coming from the East.

Not many years have passed since Sweden was awakened from its naïve slumber. In October 2012, the chairman of the Defence Committee in the Swedish Parliament stated on Twitter that, after having talked to the Russian Secretaries of Defence and Security, “Russia is withdrawing to the East. Europe is safer than it’s been for a long time.”

That was a security analysis of limited weight.

In March 2014 Russia decided to annex Crimea. The blunt Russian dismissal of the European security order has now, five minutes past midnight, made Swedish politicians prioritize our defense capacity more than before. But nothing we have done—not the fortification of Gotland island or the revival of military conscription, with 4,000 people to be called up next year—has reached the level where it can be called a deterrent. Four years ago, the Swedish commander in chief bluntly stated that Sweden could defend its borders for one week. Too many years of disarmament of the Swedish defense will not be restored in a blink.

We Swedes talk about education, too, but not as much as we did in 2013 when it was clear that none of the other OECD countries in the Pisa Report for 2012, a global education survey, had seen their results fall as much as Sweden’s had. The discussions about the Swedish education system have taken us back to the challenge of integration. I have my own children in schools where there is very great ethnic diversity, where some mothers carry bike helmets and others wear a hijab, where the results are good and the children learn a natural color-blindness with regard to one another. But there are also other schools where you’ll find only ethnic Swedish children or only children of immigrants. Some schools are showing poor results. Last year I visited a school where less than half of the pupils made it past the ninth grade. On that day around 20 teachers were absent, their names on a list on the door.

On April 7, Sweden was the target of terrorism for the second time. The first occurred on December 11, 2010, when Taimour Abdulwahab blew himself up in the center of Stockholm. On that occasion only the terrorist was killed. This time was worse: A man hijacked a truck and mowed down people along a central pedestrian street. Four people died and an additional 15 casualties were hospitalized.

We opened the door. Now people are in the hallway. But the thresholds to the labor market and the housing market are very high. For those stuck in the hallway, the frustration, the alienation, the problems, and the costs are all increasing.

Intellectually we were prepared; emotionally, of course, you cannot prepare yourself. But for a long time Sweden has served as something of a free zone for jihadists and we have known for several years that ISIS has declared Europe its next battlefield. As recently as in the week before this latest attack, the central Swedish security branches had staged a coordinating drill along roughly the same scenario.

The attack was a brutal reminder of new times demanding a new mentality. At the same time, the weekend that followed became a magnificent manifestation of expressed caring for one another. A country, in many ways divided, came together across geography, age, ethnicity, faith, and every other conceivable border. Now, everyday life has returned, and with it come all the many divisions and conflicts that we must deal with.

For many decades, Sweden was a model for the world: A hundred years of unbroken growth, peace in the labor market, equality, and a well-developed welfare state. Now the various images of Sweden are competing with each other and most of these narratives have some truth to them.

The innovation engine, led by Spotify, the video and music streaming service, is one of them.

The flight of company headquarters to lower-cost nations is another.

We are that safe little country in the North, peaceful and formally non-aligned.

We are one of the world’s most egalitarian countries.

We see the increased presence of fundamentalists who oppress women in the segregated suburbs in the name of family honour.

We retain a wide-stretching welfare system, but more and more people buy private health insurance, which the government in turn is trying to tax.

We have a relative conflict-free labor market, but rigid and inflexible labor market regulations, leading to a boom for private recruitment companies.

We have seen two murders of government ministers in modern times, of which one, the 1986 slaying of Prime Minister Olof Palme, is unsolved.

We are seeing an increase of hate crimes, especially with racist and xenophobic motives.

Sweden is a country of contrasts, and parallel realities is our daily experience. That makes it difficult for the political discourse to separate itself from the quarrel over whose reality is valid, and to move on to the point where we look for solutions.

One of our most distinguished photographers, Lars Tunbjörk (1956-2015), gave one of his photo albums the title, The Land Beyond Itself. That’s a good description. We know very well what we have been. Our national anthem contains the fitting words, “We are enthroned on the memories of great days of old.” And now we are navigating in unknown waters, with a chart that is difficult to read, while we are fumbling for a compass.

Still, in many ways we will be a better country in 10 years’ time. Thankfully, everything is not politics. Science and technology will drive society forward, as will immigration. But it will be a shaky journey. That’s how it is when you are repeatedly driving into the ditch.