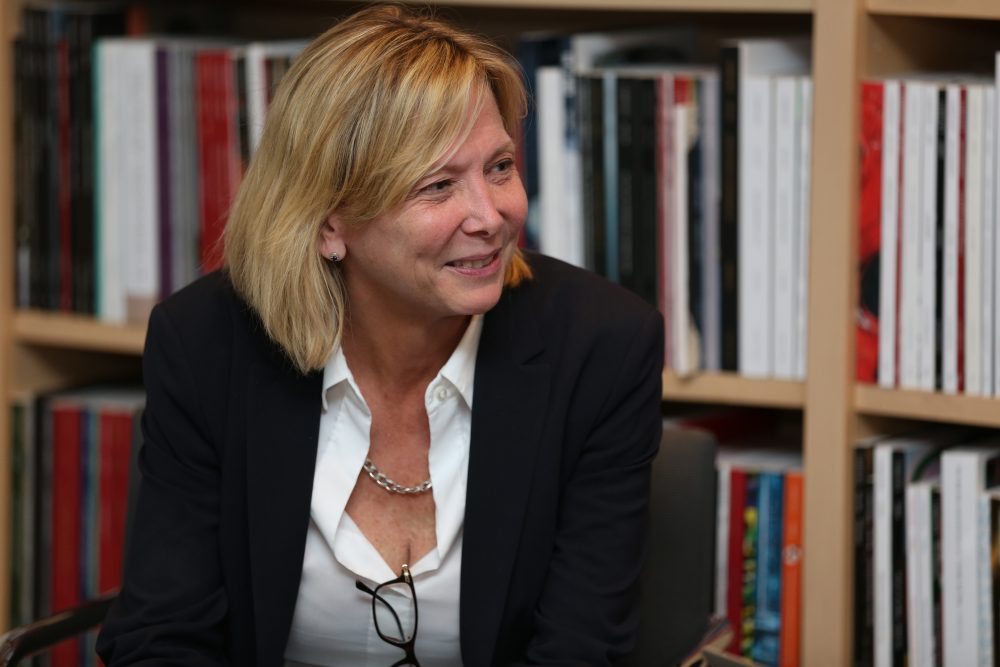 Nancy Barnes is the editor and executive vice president of the Houston Chronicle, the largest newspaper in Texas. Prior to joining the Houston Chronicle, she was editor and senior vice president of the Star Tribune Media, and an editor at the News & Observer in Raleigh, North Carolina. Before moderating a panel discussion for a Zócalo/Smithsonian event titled, “Do We Still Know How to Be Good Citizens?” she talked in the green room about Superman, blue skies, and the importance of a free press.

I would really like to fly like Superman. I just tested a virtual reality thing, and thought, “This is so awesome.”

What dessert do you find impossible to resist?

“She was a damn fine editor—and a loving mother.” Not necessarily in that order.

Where and when did you learn how to swim?

I first learned in Silver Lake in Wilmington, Mass. My mother had to lie about my age to get me swimming lessons because I was about six months too old.

I had a change management professor in business school who really changed my thinking about leadership. I was a better leader when I came out of that.

On what device do you do most of your reading?

It depends on what kind of reading. If it’s a book, it’s on Kindle. But for now, I do most reading on laptop—for work.

What noise do you wake up to?

What do you miss most about North Carolina?

The blue skies and the nice people.

What question do your daughters most often ask you?

“And when are you coming to visit me?”

What does it mean to be American?