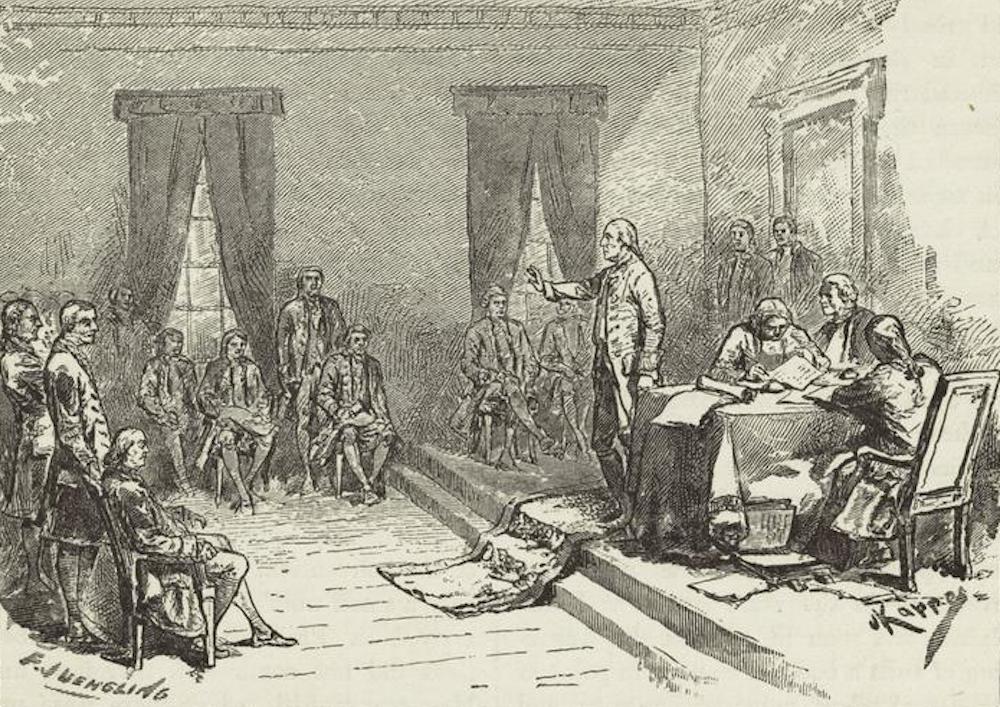 Are Americans finally ready to un-rig their Constitutional system?

I’ve spent nearly the past decade traveling the United States and talking with people about the Constitutional system, and I think the answer is yes.

My work on the question started in 2008, with an experiment called the Constitution Café. These were an evolution of the Socrates Café, public gatherings around the globe (from Tokyo to Sydney to Salt Lake City) that follow Socratic principles and served as spaces for friends and foes, intimates and strangers, to explore existential problems, an exploration that itself made people feel more bound to one another. 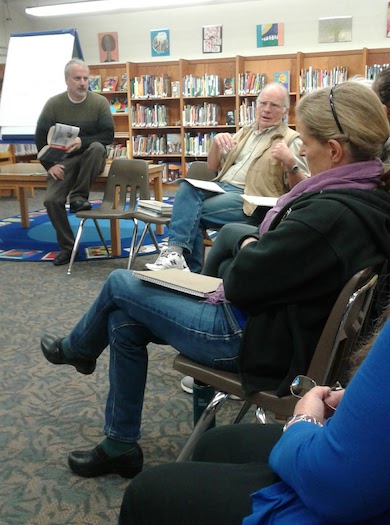 This is a radical idea. Most Americans venerate the Constitution, even if many of us don’t actually seem to know what’s in it. It’s considered untouchable, beyond reproach by us mere mortals, and this intimidating ideal only serves to make us feel like the system it begets can never be changed, no matter how much it contributes to record levels of political apathy and anger.

But the document’s Framers weren’t so reluctant. I studied Jefferson (as well as Socrates) in college, and learned that he derided those who looked at constitutions “like the ark of the covenant, too sacred to be touched.” He believed that such people “ascribe to the men of the preceding age a wisdom more than human.” To him, “We might as well require a man to wear still the coat which fitted him when a boy as civilized society to remain ever under the regimen of their barbarous ancestors.”

Our Constitution Cafés have an “aspirational component,” as we put on our Framers’ hats and craft “new” Constitutional articles. They also have an “activist” component—we ask ourselves and one another what we’re willing to do to make the big Constitutional ideas we have in mind a reality. Far from a pretentious intellectual exercise, with the “experts” sitting on a stage pontificating to the masses, we all mix it up together.

When Constitution Café first got underway, we had a president who’d been a Constitutional law professor. Even so, events were already prompting Americans to fret about the state and straits of our constitutional republic, which is supposed to be of the democratic variety that respects fundamental individual rights. Under Barack Obama’s watch, Occupy protesters were rousted and ousted from one public space after another in public spaces in U.S. municipalities. The then-mayor of Los Angeles, Antonio Villaraigosa, even chillingly declared after evicting Occupy activists, that he would create a sliver of a public “First Amendment zone.”

In our cafés, we saw a growing and pervasive preoccupation, in communities rural and urban, liberal and progressive, conservative and libertarian, with the philosophical basis of democracy, and whether that basis had been undermined in our country. Many participants were of the opinion that our republic would be unrecognizable to our Founding Fathers and Mothers.

Most Americans venerate the Constitution, even if many of us don’t actually seem to know what’s in it. It’s considered untouchable, beyond reproach by us mere mortals, and this intimidating ideal only serves to make us feel like the system it begets can never be changed …

In these conversations, there has been widespread interest in privacy rights, and dismay over their dissipation. This is due in large part to revelations about widespread government collection of phone call data—followed by broader claims about data collection involving the omnipresent internet and social media. This has prompted rich and anxious exchanges about the Fourth Amendment and how we should go about defining and delineating a constitutional right for privacy in the 21st century.

I have also been in the midst of explorations throughout the country about whether corporations should enjoy the same First Amendment rights to free speech as individuals, spurred in considerable measure by the Supreme Court decision on Citizens United v. FEC. In a similar vein, the Supreme Court’s 2014 “Hobby Lobby” decision that expanded religious rights at the expense of constraining Obamacare strictures has been a platform for deep probing of whether we’ve lost our way when it comes to our Founders’ original intent of keeping corporations at arm’s length in influencing the interlocking concepts of citizenship and personhood.

Lately, debates on subjects like immigration and the constitutionality of sanctuary cities, on whether the Electoral College should be done away with, and on how the Constitution can drive (or serve as an obstacle to) campaign finance reform have been hot Constitution Café topics. And one issue that has been of perennial interest—namely, our Second Amendment rights (or lack thereof) for citizens not serving in militias to bear arms—has become even more divisive.

Over the last six months, I’ve met Americans of quite varied political stripes who declaim that our system has become “rigged.” This is not in the puny, self-aggrandizing way that Donald Trump uses it. For many Americans, “rigged” expresses the pervasive fear that Trump and his ilk will do away with all remaining vestiges of our system of checks and balances. 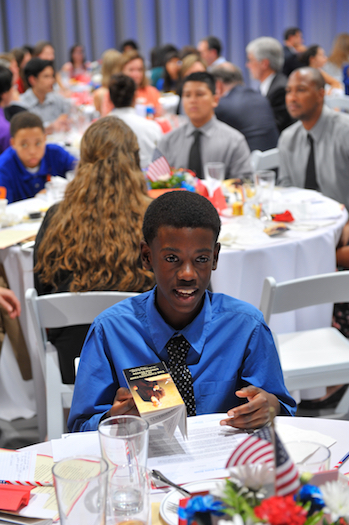 Of late, I’ve been making these inquiries broader, as part of an initiative I call Democracy Café (also the name of our nonprofit, which can be accessed either via DemocracyCafe.org or SocratesCafe.com). We’re now asking ourselves what we can do to reverse anti-democratic trends and to “unrig” our system, so that the promise of our civic and political sphere becomes more aligned with actual practice and can once again serve as a space dedicated to the Jeffersonian idea of freedom.

While the Constitution remains our frame for discourse, we inquire into specific pressing matters. These include the continuing lack of adequate funding for a world-class education for our youngest citizens, the dearth of affordable and high-quality health care for one and all, the ever more forceful attempts to round up and deport even undocumented immigrants who make clear-cut contributions to our nation and economy, and orchestrated efforts by elected officials to spread misinformation and disinformation in order to demonize, polarize, intimidate, and malign efforts to hold them accountable.

We’ve become more proactive, not just discussing what our society has become, but designing ways to get us out of this morass. And it has led to a complementary initiative, the Declaration Project, that seeks to resurrect our rabble-rousing Spirit of ’76 by issuing mini-Declarations inspired by our original July 4, 1776 document.

One ongoing group within the project is composed of junior high students from a public charter school in downtown Philadelphia with ethnically diverse students. One, Jazmarie Vega, penned a “Declaration of Independence from Silence.” It goes:

When, in the course of human events, it becomes necessary for a community of people to speak out against the crimes and injustices that have been done to them by other people, and to demand mutual respect and equality, it is their duty to do so. Some hold these truths to be self-evident, that we are and ought to be equal, no matter gender, sexual orientation, race, ethnic background, etc., and that this is one of our many unalienable rights. And to secure such rights, we, as a people, must use the power in our freedom of speech to uplift ourselves from the wrongdoings of society based upon their biased actions and words. Too many lives are lost and spirits broken by the harsh actions and ways of people with certain prejudices. We as a people are stuck in this cycle of an ancient battle for the upper hand, for privilege, and upliftment of our own community even if it means the pitfall of another. While victims, we are still very much so to blame for this ongoing fight for power and glory. We, unknowingly, contribute to the fueling of this hate fire in our admittance to silence. And, so, I declare my independence from this silence. The silence that has kept too many in oppression. The silence that is heard in classrooms and business places when others are harassed. I, as an individual, dissolve the bonds and ties that I have to this perpetual ignorance and vow to use my newly declared independence to encourage others to do so as well.

As I carry on with the cafés, the questions recur. Has our Constitution—as Barack Obama, former professor of constitutional law, maintains—“proved a sufficient defense against tyranny? Do we need to use our Declaration as a touchstone and to heed Jefferson’s advice to engage in a revolution every two or three generations?”

All of us need to take a hard look in the mirror. We need to ask ourselves whether we are doing all we can, and must, to wrest our republic from those who aim to make a mockery of the sublime sacrifices of our Founding Fathers and Mothers, for the most self-serving and democracy-busting ends.

It’s time to quit asking ourselves what our country can do for us—the stock-in-trade of our President and his family and closest associates—and ask ourselves instead, more than ever, what we can do for our country. Before it’s too late.