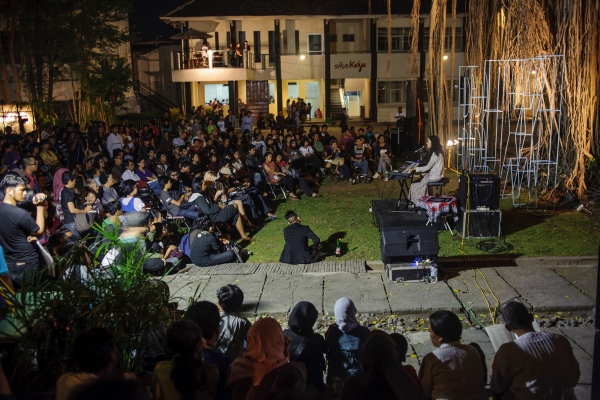 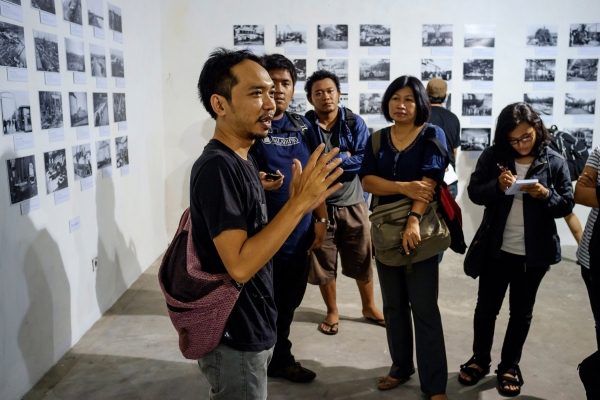 Historian and researcher Antariksa gives a tour at the archival photo exhibition “The Sweet and Sour Taste of Sugar,” Langgeng Art Foundation, Yogyakarta, 2012. 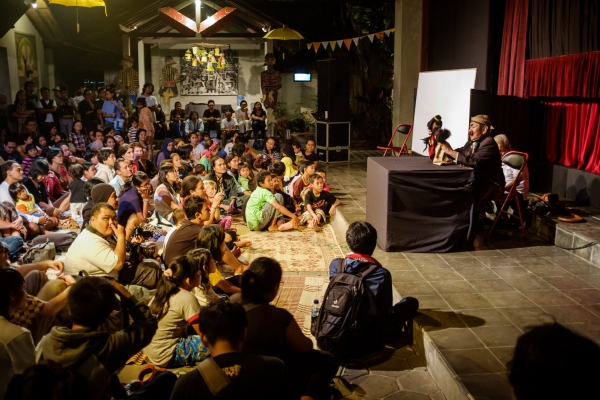 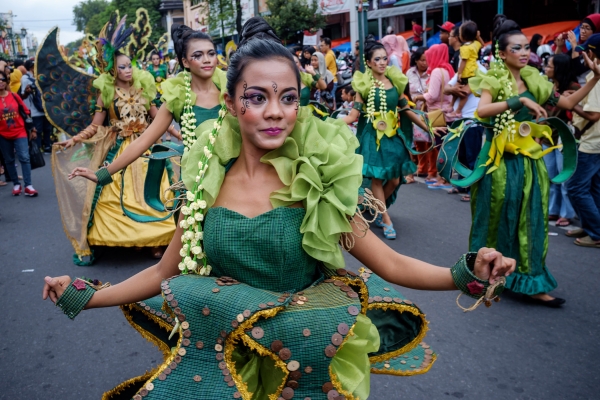 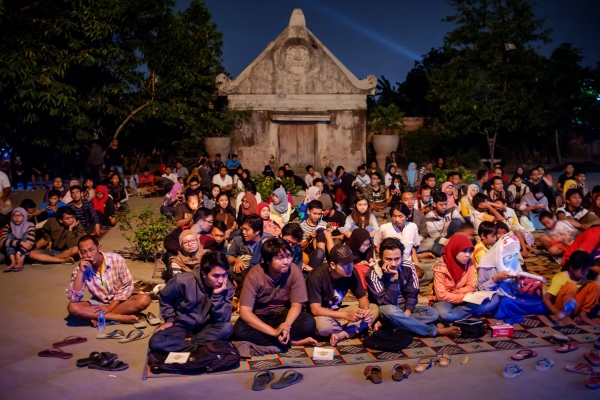 The audience at a Literary Night event, Yogyakarta Arts Festival, 2014. 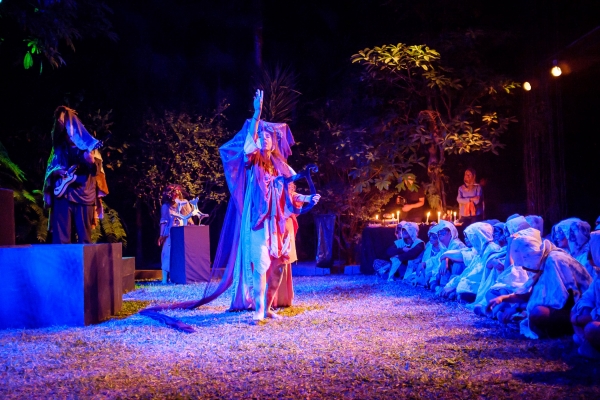 Performance of Jalan Emas (The Game) by Teater Garasi, Yogyakarta, 2014. 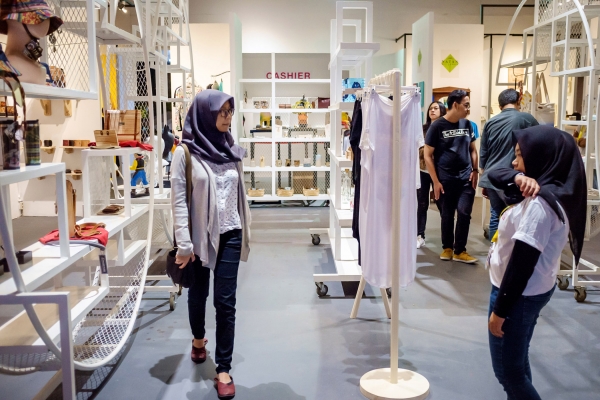 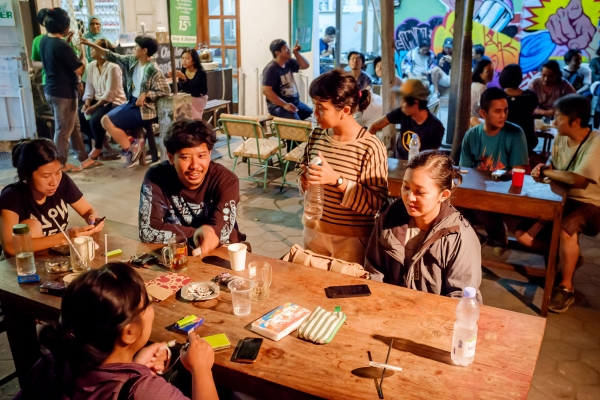 The city of Yogyakarta, which sits between the Indian Ocean and the volcanic mountain Merapi at the heart of Java island, has long been known as one of the arts and culture capitals of Indonesia. It is the capital of the ancient Javanese kingdom of Yogyakarta, a descendant of the Islamic Mataram Kingdom.

Since the 1990s, especially after the fall of President Suharto in 1998, Yogyakarta has also become known as a center of Indonesian contemporary arts, along with Bandung. There are now more than 50 active art spaces and institutions, mostly privately owned and run by artists themselves. These spaces routinely organize exhibitions, performances, talks, residencies, and other events.

This makes living in Yogyakarta tough, because there are so many exhibits and events to go to. The period requiring the greatest endurance for art audiences is Jogja Art Weeks, in May through June, when there are more than 100 events around the city—there can be as many as 10 events in a day during the first week.

Yogyakarta’s art scene is inclusive in ways that elude other cities. Most creative events here are free of charge, but even the paid events are not as expensive as in the capital city Jakarta. Artists sell their work with price tags only rich collectors can afford, but they also make merchandise so common people can buy their art, too.

The period requiring the greatest endurance for art audiences is Jogja Art Weeks, in May through June, when there are more than 100 events around the city—there can be as many as 10 events in a day during the first week.

The scene itself values mixing, which has allowed creative sectors to bloom all around the city. Younger artists have open conversations with older artists. Artists of the so-called “southern art district” hang out with students and academics of the so-called “northern academic area.”

Jogja Art Weeks was initiated in 2015 by the contemporary art fair ARTJOG. Started in 2008, ARTJOG attracted artists and art practitioners from other cities and abroad, and that encouraged other groups to hold their own events during the month-long art fair, so ARTJOG’s guests would also visit their events. It did not go well at first, as each space was concerned only its own events. Jogja Art Weeks is a solution that encourages everyone to share guests via a joint publication.

The idea of embracing each other to strengthen the city’s branding as a creative hotspot is also evident in the recently formed Jogja Festivals consortium, which consists of 15 arts, cultural, and creative events, among hundreds of festivals held in Yogyakarta including fine art, performing arts, film, and music. Though the festivals work hand in hand with the municipal government, the consortium as well as the festivals involved are mostly initiated by artists or practitioners. The local government sometimes gives financial support to arts and creative events, but there is no real cooperation between the government and the arts community, because arts and culture in general are not yet seen as strategic for the growth and development of the city.

In Indonesia the government regards traditional arts and culture as national treasures. Contemporary arts and creative sectors, by contrast, are seen in an economic light—as a potential source of well-paying jobs without the environmental costs of industry. Under President Joko Widodo’s administration, there is now a ministerial level body dedicated to the creative economy, Badan Ekonomi Kreatif (BEKRAF). The government has recruited professional practitioners as its head and deputies, but because it was conceived by the Ministry of Tourism, BEKRAF still has a problematic position because it sees the arts and creative economy mainly as tangible products to promote tourism.