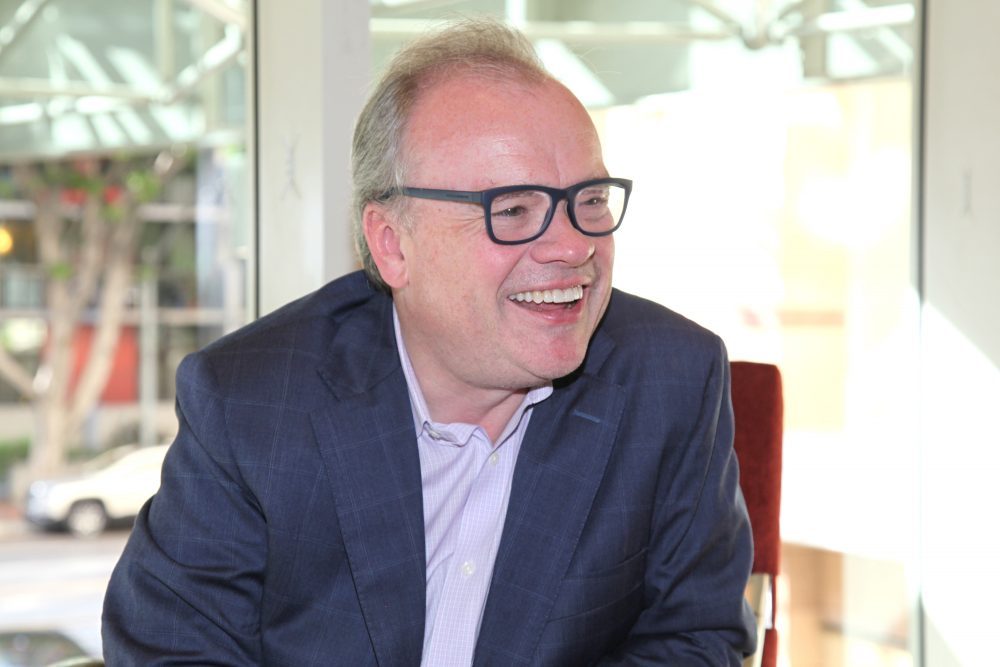 Chris Jones is the chief theater critic and a Sunday cultural columnist for the Chicago Tribune, where he has reviewed culture, the arts, politics, and entertainment for more than 16 years. His arts criticism also has been featured in the Los Angeles Times, The New York Times, The Washington Post, American Theatre Magazine, and elsewhere. Before moderating a panel asking “What Does the Public Want from the Arts?” at a Zócalo conference in downtown Los Angeles entitled “What Can the World Teach California About Arts Engagement?” he answered some questions in the green room about his most ridiculous jobs, his favorite poet, and the first play he reviewed.

What’s the first thing you reviewed?

God, I should know that. A play called Orphans by radical Lyle Kessler.

What’s hanging on your fridge?

A plastic bear from the Smokey Mountains.

Did you go to Dollywood when you were there?

Yes. It’s one of the great shared conversations in America. I’m from a blue state. I try to take my kids to a red state every year or two.

Did you have a childhood pet?

Anything by Philip Larkin. I think it’s a bluntness and harsh beauty that I appreciate. I went to university in the U.K. city of Hull and when I was there he was the librarian. I knew him a little. I had lunch with him once. I think he’s the greatest poet.

A good chicken curry from a Chinese restaurant.

What’s your most ridiculous job?

I sold ice cream in suburban Chicago out of a converted postal van for the Bimbo Ice Cream Company. The trucks were in terrible shape. I was actually thrown from the truck and I remember lying on the ground and seeing the truck go down the street without me. Secondly, I was a bellboy in a Dirty Dancing-style American resort. My job was ice. I brought ice to all the cabins. So I saw some things there. Thirdly, in London I was a driver for a repo man. I wasn’t the repo man, just the driver, but I went in with him everywhere. It was mostly repossessing equipment from small businesses. But in the two months I don’t think anybody ever said “Yeah, you’re right, I owe you the money.”

“Boogie Wonderland” by Earth, Wind & Fire. And anything by k.d. lang.