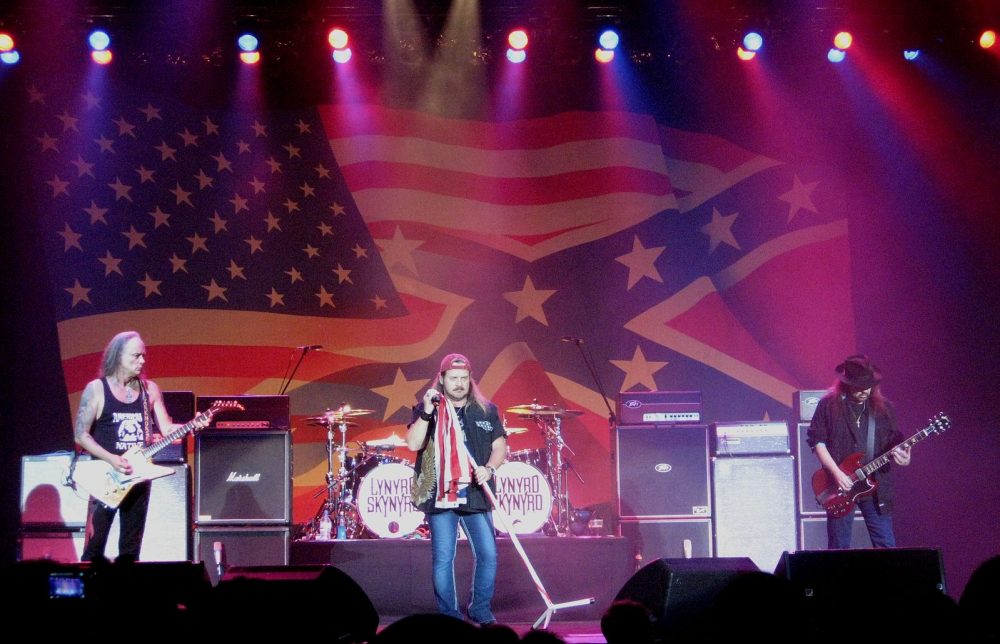 The South spawned rock ’n’ roll. Some scholars pin its arrival to the first week of March, 1951, in Memphis, Tennessee. There, in the studio run by record producer, label chief, and talent scout Sam Phillips, the rhythm-and-blues bandleader Ike Turner cut a jump-blues inspired paean to “oozin and cruisin’” in a sleek black convertible called “Rocket 88.” Phillips, of course, would later discover Elvis Presley, son of Tupelo, Mississippi, whose hip-shaking synthesis of blues, gospel, hillbilly, and country music changed American popular culture forever (although Chuck Berry and Little Richard both would argue for their likewise seminal roles in that story).

Given that history, it’s hard to argue with Gregg Allman, who once asserted that the phrase “Southern Rock” was redundant. He would have known. Along with brother Duane and the rest of the Allman Brothers Band, the Nashville-born and Florida-raised performer conjured up the peculiarly regional beast two decades after Turner and his band visited Memphis. Formed in Jacksonville, Florida and based in Macon, Georgia, birthplace of Little Richard and Otis Redding, the Allman Brothers Band crosswired blues and country sources with longform guitar improvisations that waxed ecstatic and sublime, sharing the quests of jazz visionaries like John Coltrane and Bay Area jug-band-gone-psychonauts the Grateful Dead. (Duane Allman wasn’t called “Sky Dog” for nothing.)

Gregg Allman’s death in May, at age 69, which followed by a few months the suicide of founding drummer Butch Trucks, marked the definitive end of a band that had officially called it quits in 2014. Its career had been troubled from early on, shadowed by the separate motorcycle-accident deaths of Duane and bassist Berry Oakley just a year apart in 1971 and ’72. Yet the Allman Brothers Band enjoyed a stunning resurgence in its latter years and went out on top with a climactic string of shows in 2014 at New York’s Beacon Theatre.

At once the alpha and the omega of what people thought of as “Southern Rock,” the Allmans seeded generations of bands from their essential DNA. They also shared status as Jacksonville’s greatest rock band with some scruffy fellow travelers: Lynyrd Skynyrd. The group was named in reference to a disliked high school gym teacher, and quickly established itself as something much more than a soulful boogie outfit, led by frontman Ronnie Van Zant.

Lynyrd Skynyrd passed into legend when a 1977 plane crash claimed the lives of the singer and two other musicians, among others. The band’s most pointed song on Southern identity, not to mention its most quoted, was “Sweet Home Alabama,” which amid verses that long for the state’s blue skies and celebrate its musical heritage, punched back at folk-singer diatribes—such as Neil Young’s sardonic “Southern Man”—and patronizing Northern hypocrites. “Well, I hope Neil Young will remember,” Van Zant sang, “A southern man don’t need him around anyhow.” 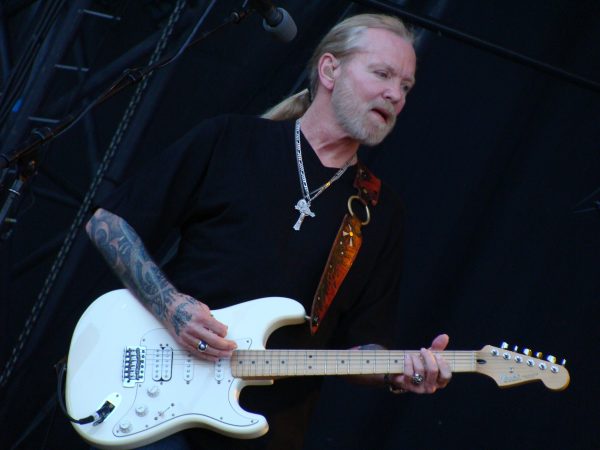 Gregg Allman, who passed away earlier this year, and his brother Duane were namesakes of the band that seeded generations Southern rockers from their essential DNA. Photo courtesy of Wikimedia Commons.

In another verse that took a swipe at what we’d now call coastal elites, the song criticized those passing judgment on the South when they had problems of their own. But Van Zant also acknowledges the troubling popularity of Alabama governor George Wallace, a white supremacist who swore during the height of the Civil Rights Movement, “segregation today … segregation tomorrow … segregation forever.”

Although the song’s greasy guitar licks and strutting rhythm can make it sound ready for a bumper sticker, its perspective is nuanced. It doesn’t endorse Wallace, but it also doesn’t brook unsolicited blue-state judgement:

In Birmingham they love the Gov’nor, boo-boo-boo
Now we all did what we could do
Now Watergate does not bother me
Does your conscience bother you, tell the truth

Like the Allman camp, Van Zant supported former Georgia governor Jimmy Carter in the 1976 presidential race. He also sang songs that endorsed gun control (“Saturday Night Special”) and reached across the Deep South’s racial divide (“The Ballad of Curtis Loew’). The performer happened to be a huge Neil Young fan, and vice-versa—it’s said that the Canadian penned the smoldering ballad “Powderfinger” for the band—although Skynyrd nonetheless unfurled the Confederate flag as a concert prop.

Van Zant’s defiant, prideful stance was readily adopted—without the political complexities—by a new wave of country acts that took over Nashville in the 1980s. At the same time, Southern college bands, liberated by punk and post-punk, championed a choppier, anti-virtuosic, and art-infected aesthetic that spread like kudzu in places like Winston-Salem, North Carolina, and Athens, Georgia, led by groups like the dBs and R.E.M—and even, heck, the palliative, tailgate-party pop of Hootie and the Blowfish.

R.E.M.’s liberal activism is well-known, but its songs were usually too slippery for political interpretation, its regional perspective more abstract and allusive, evidenced by album covers that pictured old railway trestles or the Biblical hallucinations of folk-art savant Rev. Howard Finster, or a nod to history in titles like “Fables of the Reconstruction,” the band’s third studio album, released in 1985.

… Southern college bands, liberated by punk and post-punk, championed a choppier, anti-virtuosic, and art-infected aesthetic that spread like kudzu in places like Winston-Salem, North Carolina, and Athens, Georgia.

Contemporary country music, heralded by strapping suburban cowboys like Garth Brooks and Travis Tritt, more than compensated for the abdication of six-string pyrotechnics and Dixie-fried attitude, pumping up the volume as they stormed the arena circuit, where so-called “Bro Country” continues to rule today.

Those separate strains weren’t as polarized as they seemed, though. When I lived in Atlanta, from the late 1980s through the ’90s, something new was incubating in the music bars around Little Five Points and in the low-rent shotgun shacks of Cabbagetown (a raw-edged neighborhood cast into decline by the closing of the mammoth Fulton Bag and Cotton Mill in 1977). A loosely connected music scene emerged that had generous elbow room for honky-tonkers, punk-rockers, drag performers, and avant-garde noisemakers.

My friend and fellow Atlanta journalist Bob Townsend coined a name for it: The Redneck Underground. The label stuck best to brash performance artist Deacon Lunchbox, a burly poet who somehow crossed Charles Bukowski’s scabrous candor with New South progressive politics as he verbally assaulted icons of the old order—all while sporting a bra, brandishing a chainsaw and, for self-accompaniment, whacking a hammer on a torpedo shell.

That Deacon hollered such epithets in any number of venues only a few minutes’ drive from The Martin Luther King, Jr. Center for Nonviolent Social Change, on Auburn Avenue in Atlanta, is a detail that underscores the significance of a message delivered as over-the-top humor.

Deacon died tragically young, at age 41, in a 1992 car accident. But his subversive, cantankerous spirit abided. His way of being a working class white man in the contemporary South embraced a history and sense of place while also acknowledging its social ills and racist past (and present). As an artist, he was scarcely alone in this. It was an important evolutionary moment in the music, one that would take up the legacy of bands like the Allmans and Skynyrd as a mythic wellspring. 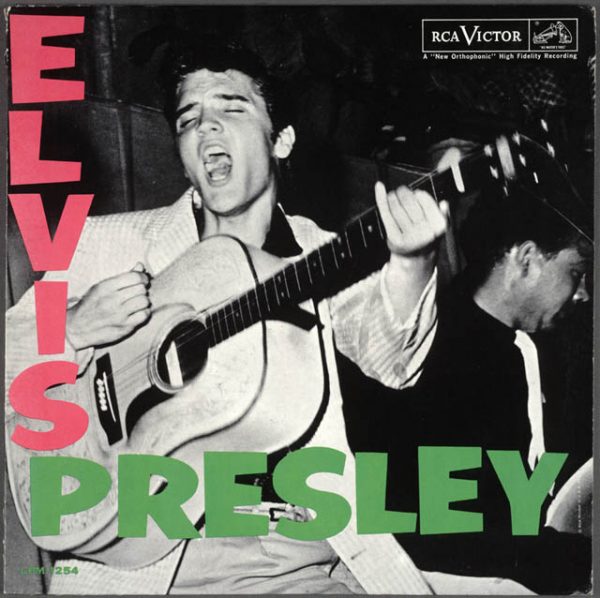 The Drive-By Truckers were right there with Deacon. Part of an Athens scene that included jam bands (Widespread Panic) and idiosyncratic songwriters (Vic Chesnutt), the group would have been distinctive for the juxtaposition in its name alone—but it also had three guitarists and as many songwriters.

The band was co-founded by Alabama college pals Mike Cooley and Patterson Hood, whose father David Hood is the bassist in the fabled Muscle Shoals studio band The Swampers—celebrated by name by none other than Ronnie Van Zant in “Sweet Home Alabama.” Hood and his bandmates brought it all back home in their 2001 album “Southern Rock Opera,” whose 20 songs explored the legend of Lynyrd Skynyrd, while also tangling with the contradictions of Southern history.

Amid swaggering guitars, his voice hoarse and impassioned, Hood identifies a fundamental principle on “The Southern Thing.”

You think I’m dumb, maybe not too bright
You wonder how I sleep at night
Proud of the glory, stare down the shame
Duality of the southern thing.

Bains and his group, based in Atlanta and Birmingham, foreground their concerns in their 2014 sophomore release, a punning, landmark album called “Dereconstructed.” Its music combines the protest-anthem fury of The Clash with an unflinching narrative focus, as Bains struggles to reclaim Southern identity on his own terms, facing down old ghosts still holding fast to daylight. “Down here, we still hoist that old flag, watch it twist and flap in the wind,” he sings; “the way it did over the smacking lips and cracking whips of white men selling black men.” The song “Flags,” as does much of Bains’s music, reckons with the nightmare of Southern history in ways at once intimate and sweeping. He’s bound by blood to a place, but he doesn’t have to sit pretty:

Senior year, you could go deaf from all the talk of terrorists and Muslim fundamentalists
And I thought it strange in a town where so-called believers blew up women’s clinics we had the gall to act so offended.

When Bains played at the Word of South festival in my hometown of Tallahassee, Florida, last year, he used the occasion to partner with the writer and Southern culture scholar John T. Edge. Together, they presented a blazing historical work called “Lester and Donald,” with Edge reading and Bains singing-speaking-shouting about Lester Maddox, Georgia governor from 1967 to 1971, and pickaxe-wielding segregationist, and parallels with the rhetoric and agenda of then-GOP presidential candidate Donald Trump. The performance was at once spellbinding and so crackling with garage-rock energy you could mosh to it.

Far from becoming a cliché, or a pop culture footnote, Southern Rock has right now found its surest voice—and it isn’t about to shut up.