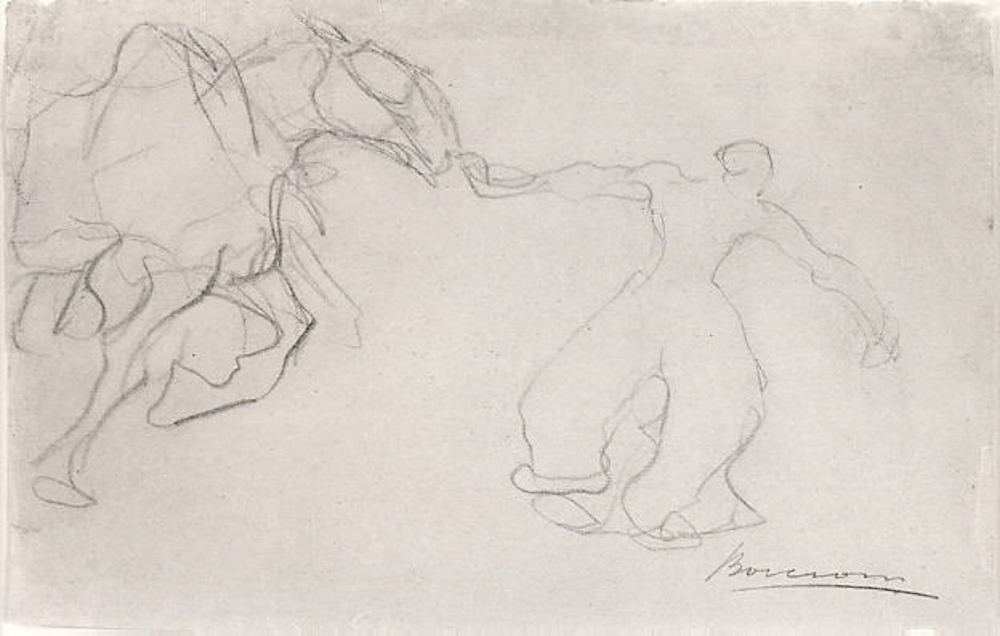 I.
The traveler came to a meeting of roads.
Each was marked with prophesy,
marked with loss.

The traveler chose the middle road.

III.
You will face loss, but you will survive.
In the general, no revelation.
In the specific, your life.

IV.
The whicker, the nuzzle,
the soft lips on a sugar cube.

As I rode,
a gray wolf came out of the woods
and bit my horse in two.

Then the gray wolf returned.

VI.
I have eaten your good horse, so now I will serve you faithfully and well.
Get on my back and hold on tight.

VIII.
Many years later.
The traveler has returned, married.
He has a horse with a golden bridle.
He has a firebird in a golden cage.

These are your decisions.
This is your life.

Will you forgive me, little spark?