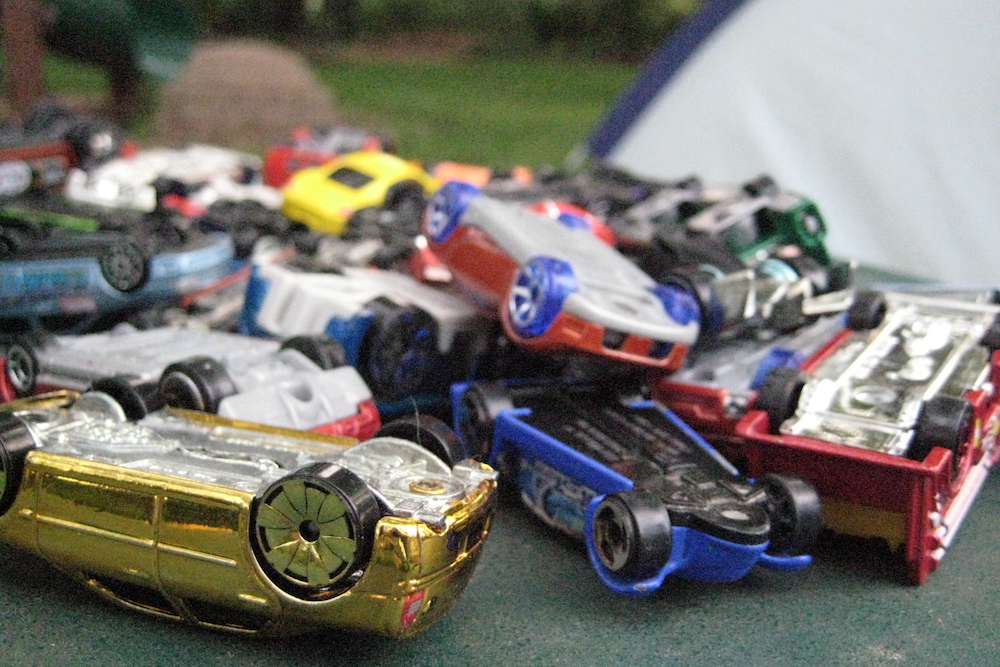 Risky behavior may benefit some people, while imposing catastrophic, unforeseen costs on others. Photo courtesy of Madaise/Flickr.

Risks are inherent in life and so, over the centuries, people have devised many mechanisms to pool and reduce risks.

These institutions range from families to religious tithing to formal insurance contracts and diversification strategies for market investing. But, whether formal or informal, social or financial, all serve to ensure that those of us who are unfortunate enough to face adversity at any one time are taken care of by those who are not.

The very ability to share risks allows us to be bolder, more adventurous and frankly, take more risks. Why not? After all, taking more risks and exploring uncharted territories brings rewards. But this also means that when risk-sharing systems fail— as all systems are bound to fail sometimes—the consequences are direr, failures more glaring, and disasters unprecedented. In some senses, the safer we feel, the more at risk of big disaster we may be.

If this makes you think of the financial crisis of the last decade, you’re right—this is a perfect example of the phenomenon. Before the crisis, the financial markets appeared to work well: Mortgages were easy to find, and it was convenient for lenders to transfer some of the risks they faced to other financial institutions with fancy financial instruments such as the credit default swaps. Individuals as well as institutions loaded themselves up with excessive debt. But when the housing crisis hit, these interlinked systems came crashing down leading to a recession, unemployment, and bankruptcies.

The financial crisis was treated as a fluke, a product of specific bad regulations and bad actors. I disagree: This pattern of crisis in risk and resource-sharing systems is common. It is a feature, not a bug.

How? First, better risk-sharing encourages more risk-taking—for good reasons. Secondly, as we search for better and better risk-sharing mechanisms, complexity increases—as we witnessed with innovation of complex financial hedging instruments before the financial crisis. In time, the combination of complexity and risk-taking becomes increasingly difficult to monitor and police. It was only in the aftermath of the financial crisis that we began to decipher the complex web of interdependencies that were built in among the various financial institutions, including banks, large insurance companies, and the government.

In fact, this relationship between risk-sharing and increased risk of systemic collapse is not limited only to financial systems—it is a property of many domains, and its mixture of safety and unseen risk is woven through many aspects of modern life.

When risk-sharing systems fail–as all systems are bound to fail sometimes–the consequences are direr, failures more glaring, and disasters unprecedented. In some senses, the safer we feel, the more at risk of big disaster we may be.

Take transportation, for example. Societies first built small roads that could carry horse carriages for transporting goods and people. The roads were not heavily traveled and accidents occurred but were often not severe or life-threatening. As societies progressed, the costs of building big, smooth roads fell, and governments began building highways and freeways that could accommodate many vehicles simultaneously traveling at ever increasing speeds. This is an example of sharing a resource that made traveling large distances at fast speeds easy and convenient. That is the good news. But every now and then, there will be an accident on the freeway or closure due to inclement weather that could cause a multi-vehicle collision often leading to congestion, injuries, and deaths.

Or consider grocery and household stores. Mom-and-pop shops were friendly, convenient, and just around the corner, but they could not carry a large or varied inventory because that was expensive. The supermarkets could handle the expense of endless variety, more competitive prices, and more well-stocked inventories. They were not as close, but faster cars and access to freeways made it easier to travel to these stores and buy large quantities at one time instead of visiting the local store more often.

But what happens when there is a big disruption in supply to one of these stores because of a labor strike, a trade dispute, or an international conflict? The arrival of big box stores has accelerated a wave of consolidation in agribusiness, so that food comes from fewer and fewer large suppliers making us more dependent on larger and more complex supply-chain systems. We haven’t experienced a collapse of this system so we do not yet know how deep or destructive it might be.

Last but not the least, we have become so accustomed to using the internet to obtain knowledge, manage our financial affairs, and make our travel plans, among other things, that the very thought of life without Google, Wikipedia, Expedia, or Paypal is inconceivable. These gains raise the damage that an internet shutdown, or of a web-attack paralyzing our systems, could cause.

Are we better off in this complex and risk-filled world? To answer that, we must take into account the benefits of resource and risk-sharing, and the costs of large crises that enables. And it would appear that the benefits outweigh the costs, right? Or why else did we as a society allow ourselves to become reliant on global financial markets, networks freeways and air travel, giant super-stores such as Amazon, big machines and industrial complexes, and other large systems? Food is cheaper than ever before and is available year-round in most places. Communications even across long distances have become instant and inexpensive. Ever-increasing amounts of knowledge are available online, and you can receive high-quality teaching at very low cost through the Khan Academy, Coursera, Udacity (and even, through online platforms, top universities such as MIT, Stanford, and Princeton).

But maybe the answer isn’t so easy. The benefits of large and complicated systems accrue to individuals but some of the risks they generate are systemic. Economists call these risks negative externalities. Consider again faster automobiles and freeways that allow us to travel at high speeds. We all understand that driving at 80 miles per hour on a freeway has benefits of faster travel but also carries an increasing risk of a serious accident. Balancing these individual trade-offs, we may still decide to drive 80. What we do not consider is the costs we impose on others who might be affected by our decision—those who lose a family member or friend or co-worker, or who even lose time and productivity because of traffic accidents.

Getting a better balance between individual benefit and systemic risk—whether the matter involves traffic safety, financial regulation, or other complex systems—requires collective action, political will, persistent persuasion, and efficient design of incentives and intervention. It is easy to get mired in systems that are inefficient, corrupt, and exclusive to only some powerful sections of the society. Moreover, collective action increasingly requires cooperation across borders and across societies that have different priorities and norms. Navigating and negotiating international agreements is complicated, time-consuming, and complex.

But the stakes for getting this right have never been higher. How can I assert this with such confidence? It is precisely because life has never been more pleasant and satisfying than it is right now. I feel comfortable, but I am also worried.