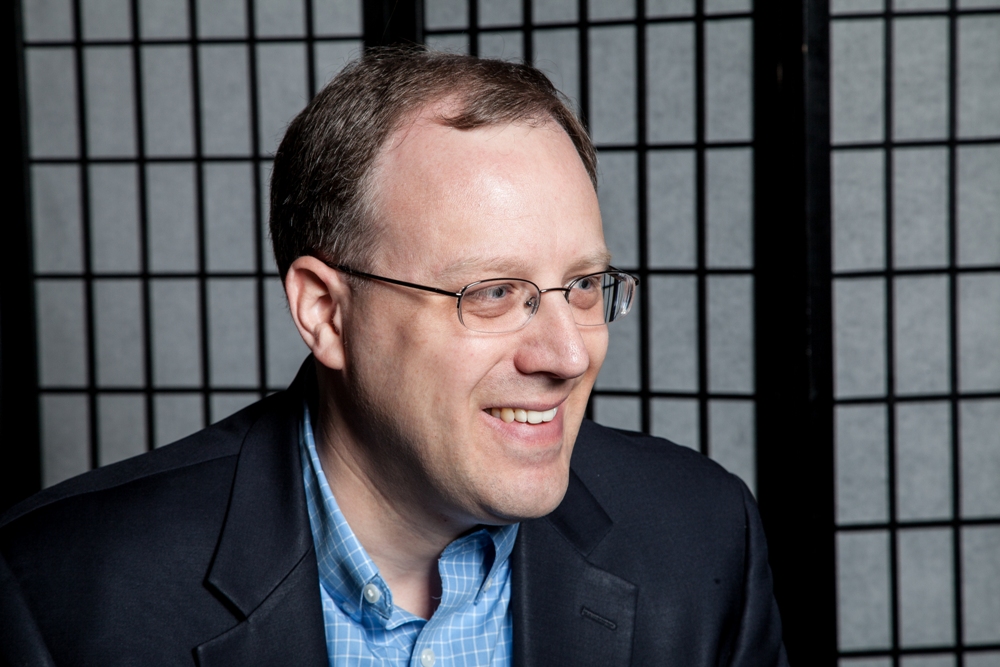 Carlton Larson is a scholar of American constitutional law and Anglo-American legal history at UC Davis, addressing issues such as enemy combatant detention, legacy preferences in college admissions, treason prosecutions in Revolutionary Pennsylvania, and parents’ rights to name their children. Before joining a Zocalo/KCRW “Critical Thinking With Warren Olney” event titled “What Does Treason Look Like?” at the National Center for the Preservation of Democracy in downtown Los Angeles, Larson talked about names, food, and his favorite Founder.

What’s the closest you’ve ever come to treason?

Perhaps rooting for Norway or Sweden over the United States in some international game.

What is the first sound you hear when you wake up in the morning?

If you had the power to choose, what would be your last meal?

Dinner at the French Laundry.

What’s your favorite place to go in Great Britain?

The Inns of Court, which is the historic home of the legal profession in England. They are these wonderful Tudor buildings along the Thames … one of the few things that survived the 1666 fire.

What’s the best place to eat in Davis?

Your scholarship has included a look at parents’ right to name their children. Why would those rights be in jeopardy?

The biggest threat came when computers came along. Then it was decided there could only be so many characters in a name, and the forms would fit only certain types of letters. If you did a birth certificate by hand, you could have as many letters as you wanted. We tried to get the legislature to change California law.

What’s the worst thing about legacy preferences in college admissions?

Is it possible to know what the Founders would have thought of mass shootings like Las Vegas?

It’s possible to know they would be totally appalled. These were decent people who cared very much about making a country safer for everybody. How they would respond in policy is harder to figure out. It’s hard to imagine they would be on the side of the extreme gun rights crowd.

At the end of the day, these were practical people. They learned from experience, and they tended not to take absolutist positions. They knew the importance of compromise.

When you turn the TV on in your house, what channel is most likely to be on?

I hardly ever turn the TV on. If it is on, it’s PBS kids. Or else HBO for Game of Thrones.

If you could have a meal with any person in Revolutionary Pennsylvania, besides Ben Franklin, who would it be?

That’s easy: James Wilson, who was probably the most prominent lawyer in revolutionary Pennsylvania. Signer of the Declaration and signer of the Constitution. An immigrant from Scotland who came here with nothing and rose up to the very top.