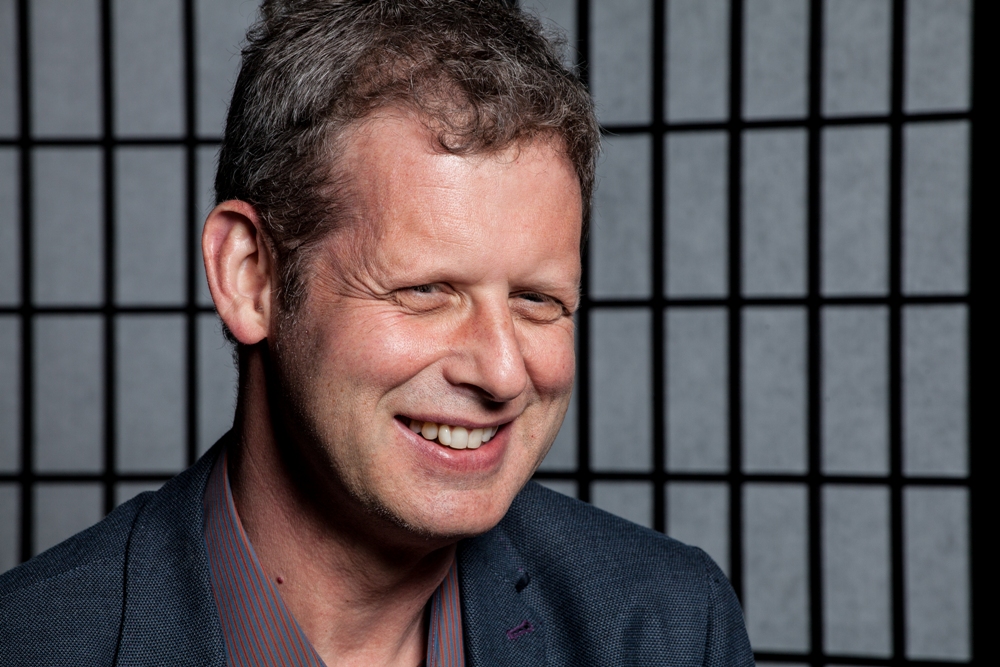 Eugene Volokh teaches free speech law, tort law, religious freedom law, church-state relations law, and a First Amendment amicus brief clinic at UCLA School of Law, and is the founder and coauthor of The Volokh Conspiracy. He previously clerked for U.S. Supreme Court Justice Sandra Day O’Connor and for Judge Alex Kozinski on the U.S. Court of Appeals for the Ninth Circuit.

Before joining a Zócalo/KCRW “Critical Thinking With Warren Olney” event, titled “What Does Treason Look Like?” at the National Center for the Preservation of Democracy in downtown Los Angeles, he stopped in the green room to talk food, computer programming, and how Horatio Hornblower would be better with dragons.

Treason is a very narrow category of misconduct. And it only happens in wartime. Nobody I’ve known has been involved in treason.

What would be your last meal, if you could choose?

There’s just so much delicious food. Maybe some Thai coconut milk, lemongrass soup, with chicken, but it has to be thigh meat, not breast meat.

What’s the biggest misconception Americans have about the First Amendment?

What conspiracy theory do you spend the most time reckoning with?

I don’t spend a lot of time with conspiracy theories. I have run into weird legal theories, like tax protestors who claim the income tax payment is optional. It’s not.

The development of the law is about developing legal algorithms that will reach particular results that certain people think are right. In that respect, it’s like computer programming.

It’s when people say “a number of something” to mean many. I was trained as a mathematician. Zero is a number. One is a number.

What question do students most often ask you?

“Will this be on the exam?”

If you could only own one gun, what would it be?

What is your favorite line from Judge Kozinski? Or the one that you quote most often?

“The lawyer’s art is persuasion.” In addition to everything else legal writing has to be, it must be persuasive. I teach a class called persuasion that’s inspired by that very line.

I recently reread one of the Temeraire series by Naomi Novik. It’s Horatio Hornblower, but with dragons.

There’s this Japanese place—it’s Japanese-influenced, called Necco. It’s very tasty. It’s on Westwood between Olympic and Santa Monica. And it’s next door to this great Iranian bakery with Russian influences.

What does it mean to be American?

There are so many possible answers. There’s a purely legal definition, of course, but let me step back, and give a more traditionalist answer.

I think loyalty to one’s country is important. It’s not the most important thing. My parents weren’t loyal to their country, the Soviet Union, so they moved to a country, the United States, they could be loyal to. It seems to me that one should, in a large country, or a large community, feel a great deal of concern about it, and give back to the country. Being an American is ultimately no more and no less than having enough affection for America that you care about how it fares and that you’re willing to do some things to make things better for it and for your fellow Americans.