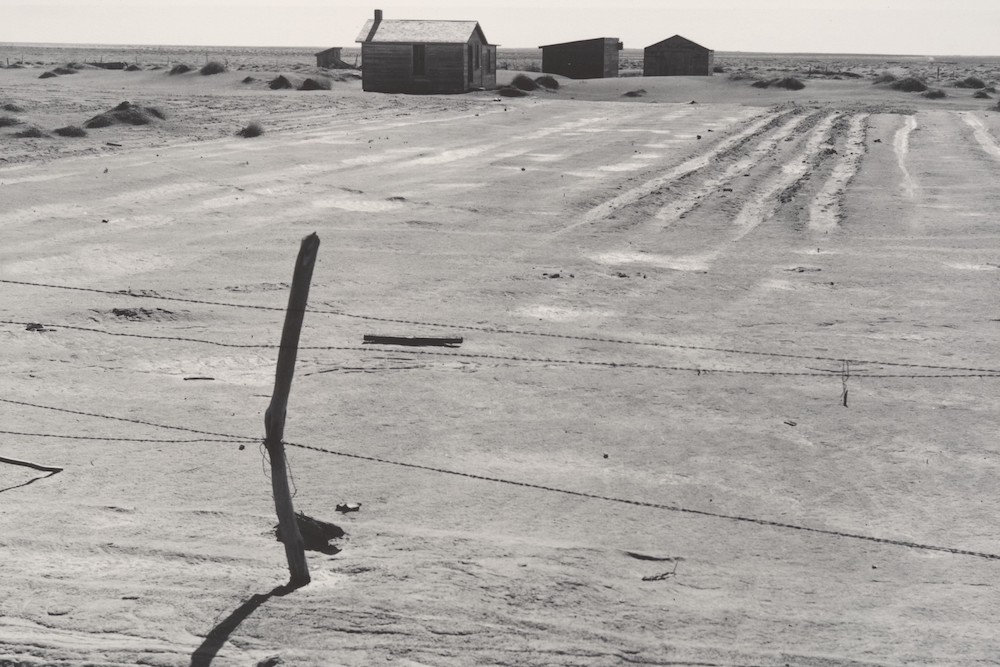 Abandoned farm in the Dustbowl, Coldwater District, near Dalhart, Texas, June. Photo by Dorothea Lange, 1938. Photo courtesy of The Metropolitan Museum of Art.

A one night stand in Jackson, Mississippi.

The soft opening outside Cheyenne.

& the ampersand tattoo you didn’t

regret getting in Portland,

although you kept forgetting

which part of your body you were

supposed to use for lifting

steering into the skid. You’re only

but you did not come here by machine.

You did not come to carry that gun.

back in the back & behind that

the game where you keep paying

a hook to drop, grasping for the hind

of some bright half-buried animal.

We keep saying now more than ever

but I’ve never seen anyone leave this part

of the country with anything

but stone fruit or ash on their hands