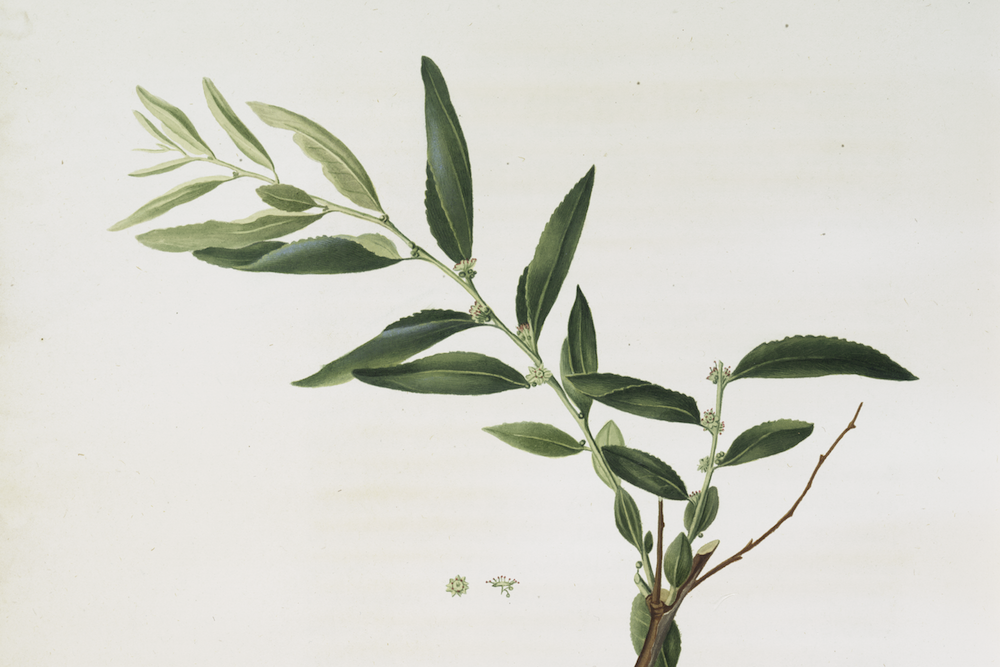 Once in autumn’s ease date palm branches
swung over my back, sugars creamed inside their skins—
I’d never have guessed owls would nest in
anything called the phoenix, that we’d practice confessions
watching their shapes come and go on the way out
to prey. But night hung beautifully and
time practiced meaningless phrases. These I didn’t pick
but pitted for us, amber in their red skins, so syrupy
and rich. Somehow they crystallize both heaviness and light—

across, some grapes, an heirloom kind from which
dessert wines, those spheres on their stems
the fattest obviates. What readiness beckons, what
(I search for the word—) prescience. In each grape
the rooted vine, its milk vein, its expectation.
Its area of defense & the tense of its fear. Against others
it makes its edge in time and light—its terrain comes
of tongue and fit pierced. Each joins and leaves the terroir
as is its vision, weighing its final collection, its ripened
arc. We cannot finish the inscription on the fence, only
these thinning skins. One plunges the harvest to drown the earwigs—

here our pistachios, freed of their reddening husks, dried
on shallow pans on the grass then boiled a bit
in heavily salted water and dried again for splitting. Botanically,
they’re drupes, and until ripe the shells pop almost
as bubble wrap, release a scent like the bloom of a citrus—

the walnut is similarly laborious. There at the base
of its visibly grafted trunk one stoops for fallen nuts that have
rolled under bushes, rubs off the hulls which shred
into black bloom before freeing the shell, airdrying
a few days until the kernel is brittle, cracks only later—
so often worms in the nutmeat after all that.
Why you will count only five laid out.

Walking on olives olives split. Sometimes
one just has to work it out over a bucket with lemons
and salt, some knobs of garlic, and a bundle of bay emitting
its eugenol message. The word buttery throws me—
the center I seek is straight green, that quality
they call peppery. A plane taking off. Crows. Forget
what we’ve said about crows—past the cactus there is
a ranch. Past the ranch a road sign and then
everything narrows, becomes dirt. Every face nicked
with precision to draw its bitterness out. The green
and purple and black all gradations of the same.
Have you ever tasted an olive straight off the tree?
Sometimes it is time to divorce yourself.

From the ziziphus family, the thorny shade tree of the jujube
releases what tastes at summer’s end like crisp green
apple and closer to winter like baked apple while transitioning
from glossy to mottled to full purplish-brown. Often
smoked or dried for tea, eaten with coffee or brandied,
I hear a relative is mentioned in the Qu’ran, that in Japan
a style of nightlight is fashioned after them. I usually chop mine
into stuffing where they are overpowered by aromatics,
by onion and celery and mushroom, by the rowdy sugars
in the meal of corn. But aren’t they pretty.

On the pickled seckel pears you must allow me a story.
It’s always a house up the coast in my stories. Sometimes
accuracy is all we need—part of what I love about these houses
is there’s always something waiting. I was the first to arrive
of the three who were convening and there it was, this platter
covered in several kinds of local cheese, honey-spiced nuts,
black pepper crisps, a golden raisin mostarda,
and these perfectly creepy-looking tiny pear things, all
laid out with a hand-carved wooden knife wedged between.
I stood there staring. It was the most definitive thing.
I wanted to put the knife in my mouth and impress
my teeth. There’s an etiquette to not digging in,
but the pears were the sole homemade piece and
on the card there was this little heart. I think
they taste like remembering and forgetting. I just used
apple cider vinegar and plain sugar, salt, cinnamon
sticks, star anise, and some cloves. You’ll see.

And in the valleys, winding between: a chunk of honey
spilling out of its wax, a crumbling cheese and
a running one, some salted meat, a dense cake of pounded fig
and almond, some grainy mustard, some rosehips
just because they’re lovely, the pickled stems of a chard
I pulled, a lone flower clipped from the orange tree,
and a scattering of larger caperberries, calendula petals’
sparks, an unlikely ring of glowing currants
balanced on a bed of mountain sage, a gooseberry husk,
a dish of candied cherries dark in their syrup, a couple
of poached prunes, sourdough sliced neat
though we tear bread in this house—and in that corner
where the eye begins its wandering, please imagine
an invitation to help yourselves voiced by this
gorgeous nasturtium believed to have migrated over
from the neighbors, though we’re uncertain.