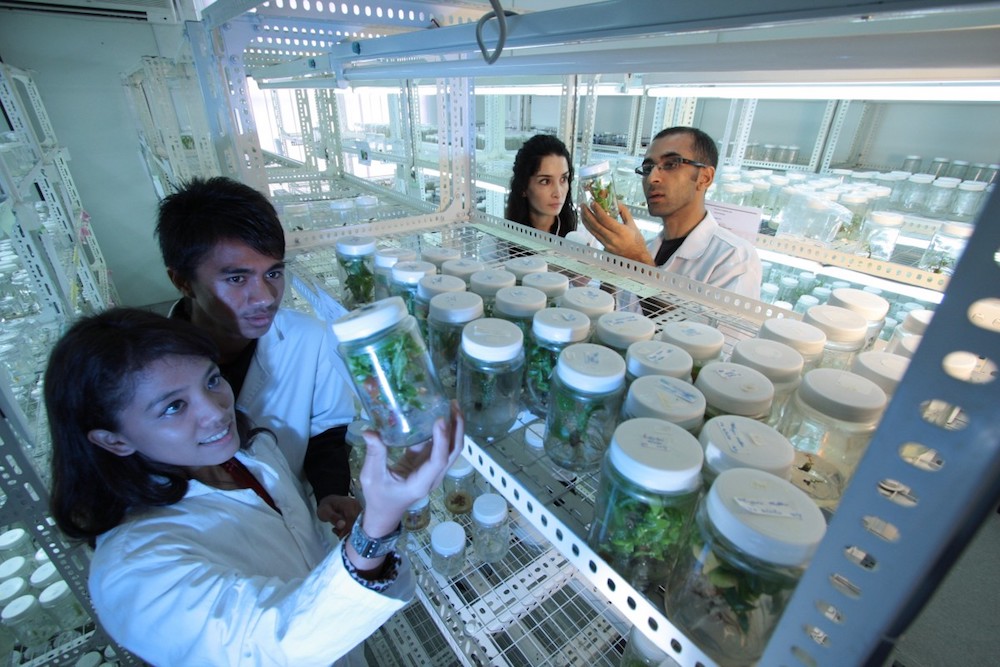 In the ecosystem of science there are individuals and teams who can build ideas that outlast them. Photo courtesy of PxHere.

Science is one great success of our civilizations, from the erudition of the ancient Greeks and Arabs, to the practicality of the Renaissance and the Modern era. It is one of the key drivers of our increased prosperity and our ability to cause problems, but also our ability to solve them. Science has stimulated and satisfied our curiosity about the world around us and the universe beyond.

But the way that we organize our scientific research is bafflingly tribal. As a practicing scientist who has moved through large-scale industrial projects at IBM and Hitachi, as well as small-scale spin-outs, before shifting back into academia in the late 1990s, I have long been puzzled myself.

From outside the world of science, the public might imagine a system in which someone directs this enterprise, suggests what science is most important for society, and outlines what ought to get done. After all, the public pays for it, whether through our purchases, our taxes, or our charity. But this is not what happens. And ultimately, the public understands very little of the process.

A clearer sense of the greater science ecosystem is required to figure out what role science should play and how society can best make that happen. Who gets to do research in the 21st century, and why? How has it changed over time? Is science in good shape, and how can we know? When I started asking these questions I realized there’s a lot that even scientists still don’t know about themselves.

Amazingly, science is still generally “bottom-up.” We choose what research to do by encouraging scientists at universities to suggest ideas. They share these confidentially with a number of colleagues who rank them formally and select a few to fund. Much of the funding comes from taxes, and governments pass the responsibility back to the panels of scientist to decide which of their colleagues to invest these public monies in.

Scientists have long emphasized that freedom to decide what science they do is much more likely to give long-term rewards for the society that funds them. “Choose outstanding people and give them intellectual freedom” emphasized Nobel Prize winner Max Perutz as his key principle in running the enormously successful and vital Lab of Molecular Biology in Cambridge. Yet, non-anecdotal evidence supporting this argument can be hard to pin down.

A review of Nobel Prize winners in the last half-century does reveal that most had no idea what they would accomplish, and could only articulate the path that their achievements had taken many years later, in hindsight. The molecular-based light emitters that now give sparkling mobile phone screens were undreamt of by Alan Heeger, who attempted to make unpromising plastic films conduct electricity in the late 1970s. Similarly, DNA pioneers Crick and Watson just wanted to understand the structure of DNA, not to use that knowledge to fix genetic diseases or do mass screenings of cancers.

In many countries, science is strongly believed to be directly useful to society. But once again, clear economic benefit is hard to assess. Science research comes from different locations, from the industry-dominated United States (80 percent of scientists in industry) to university-dominated Spain (less than 30 percent). A common saying is that “the best form of technology transfer is the moving van that transports the Ph.D. from his or her university laboratory to a new job in industry.” In reality, the United States is littered with university technology-transfer offices built on the dream of San Francisco’s Silicon Valley—or in the U.K., Silicon Fen around Cambridge. They are now waking up to portfolios of undramatic patents no one wants.

There is a great deal we simply don’t know about the scientific ecosystem today. Even counting how big the herd of scientists actually is and whether it is growing or shrinking, has been surprisingly difficult. While we collect simple data through yearly Organisation for Economic Co-operation and Development (OECD) government surveys, this hides the complexity of who is a scientist and what they really do.

Trying to square my personal experience of the intense world of science with these answers led me to the concept of an ecosystem of science. I realized that although there were myriad discussions between scientists on specific topics, there was no overarching description of how the whole system works and what the implications are. On the whole, collectively, science is useful, but how does that square with the parts?

In the ecosystem of science there are individuals and teams, but the ideas they build, and the bridges they build between ideas, can last much longer than either the individuals or the teams. Together this produces robust and persistent scientific knowledge, an interconnected library bequeathed to future generations. But the disjointed ways this library is added to, and how much as a society we are paying for each new idea, is hardly discussed. So, for the past few years, I have been investigating the idea of the “science ecosystem” and how all the actors within it create a meshed web of constraints and networks that are making change increasingly difficult.

I’ve found that the metaphor of the ecosystem can explain not just obvious outputs like delivering technology, but also the beauty of mathematical frameworks and the pleasure in understanding black holes. Such concepts correspond to “ecosystem services,” which are the non-tangible benefits freely emerging from a properly-functioning ecosystem. As a simple example, take a forest which gives us both trees for building houses (“ecosystem goods”) but also places to walk in peace and serenity (an “ecosystem service”). This perspective makes sense of important parts of the science ecosystem that have been harder to defend from a purely economic perspective.

Understanding ecosystem effects in science makes it easier to make sense of some conundrums. For example, it seems like globalization should be a good thing for science. It ought to lead to sharing information around the planet, pushing diverse teams to collaborate, and ensuring science spending is efficiently distributed to where it is done best. But that’s not exactly what has happened.

In the science ecosystem, powerful competitors rule, so organizations ranging from topical conferences to magazines never-endingly compete to maximize their impact and evolve. This pressure has unforeseen consequences.

Globalization has now racked up the competition among scientists, among disciplines, among funders, among universities, among research journals, and among every other species in this landscape. As scientists bring up increasing numbers of their intellectual children who want to find their own niches, the esteem that each gains from their research results necessarily declines. They all strive to publish more research papers, to be noticed in the crowd, making it more difficult to discern intellectual wheat from chaff and ever harder to keep up with what is being done.

Furthermore, doubling the number of scientists (which currently happens every 20 years) does not double the number of new research fields. Researchers instead concentrate where the trendy, most-publicized ideas are emerging. These bandwagon areas become so deluged that scientists lose track of competitors’ work, and research gets duplicated, ignored, or muddled. At present, this kind of frenzy surrounds areas ranging from the stacking of atom-thick materials, to finding uses for quantum effects in IT, and other topics. This explains why dropping extra money into a hot research field is no recipe for breakthroughs.

A second unforeseen consequence of globalization is how copying “best practices” in organizing science reduces the ecosystem’s diversity, ensuring the selection of similar projects everywhere. Applying for research funding involves a panel of scientists ranking proposals sent in to them based on scores returned by a set of external reviewers fed criteria about “utility for society” and “excellence.” More and more, they choose the same things.

I have become more and more convinced of the need for continual creative anarchy, for developing new ways of encouraging science, scientists, and ideas, and for new types of institutions and research centers. One current idea is to fund a new type of scientist, more akin to curators of the web of knowledge, who trawl and correlate existing studies to identify chasms in understanding and new opportunities. Future grants requests might have to have approval from such curator teams, aided by deep AI-based reviews of our current tree of knowledge to support claims for funding. Diversity is a crucial part of a healthy ecosystem, and the resilience of science depends on finding ways to encourage it.

When I started this project, my aim was simply to map what I found. But whenever I chatted with other scientists about it, apart from their fascination at their own lack of knowledge, they demanded suggestions for changes, directions for where we should go next. But we can’t instantly solve these global systemic problems. There remains the question of who is even free enough of the constraints on the ecosystem to help drive the necessary changes, let alone what those changes should be. But finding a way to understand the system as a whole—to comprehend where we stand at present—is a good first step.