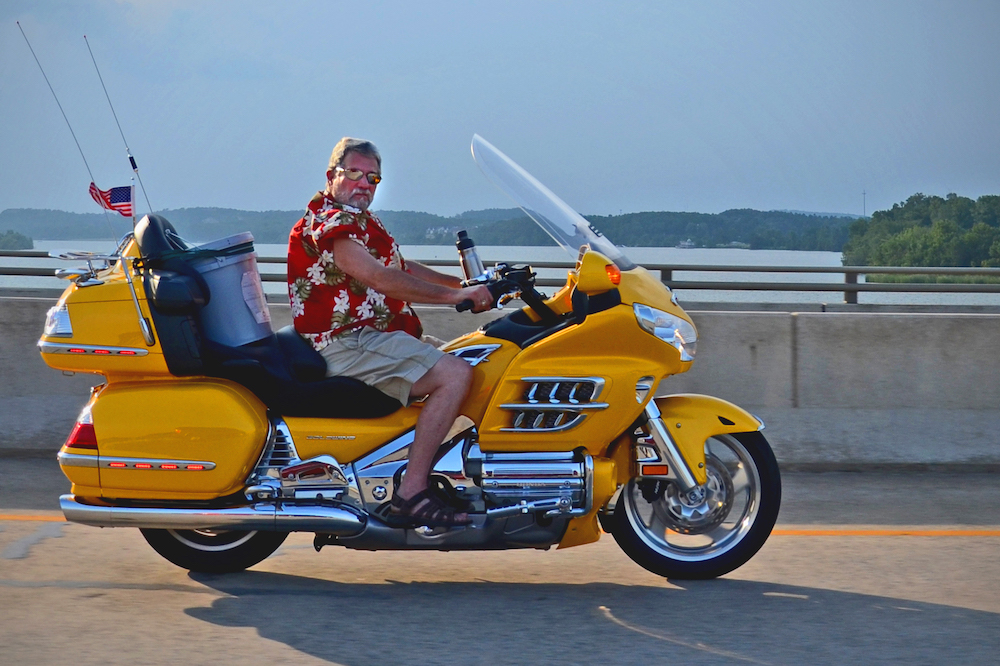 The term “midlife crisis” conjures up the image of an affluent, middle-aged man speeding off in a red sports car with a woman half his age. He leaves behind his wife and children; yet he—not they—are in “crisis.” Because most tales and treatises about this near-cliché of midlife crisis center on men, you might be misled to think they have nothing to do with women’s lives.

For example, in his recently published book Midlife, the MIT philosopher Kieran Setiya looks at the topic from a philosophical perspective. Declaring gender differences irrelevant, Setiya presents the quest for self-knowledge as an endeavor that concerns primarily men: the author himself (who experienced a crisis at the age of 35) and the great men of philosophy, from John Stuart Mill to Arthur Schopenhauer. When he reads Leo Tolstoy, the moral philosopher is interested in Count Vronsky, not the title heroine Anna Karenina.

What has almost entirely dropped out of sight is that the midlife crisis was initially a feminist idea that became popular in the mid-1970s. Back then, “midlife crisis” described how men and women abandoned traditional gender roles: Approaching 40, women re-entered the world of work, while their husbands stepped in to help at home.

It was the Yale social psychologist Daniel Levinson who presented one of the earliest formulations of the male midlife crisis, which circulated widely in the media and professional psychological community. In 1978, he published The Seasons of a Man’s Life, based on a study of 40 men between 35 and 45 years old, mostly white and educated. It depicted the “midlife decade” as a period of change, during which men reinvented themselves. The book’s key case study, “Jim Tracy,” was a vice president and general manager at a Connecticut-based arms manufacturer. After a series of sexual escapades, he divorced his wife and married a younger woman, then left the corporation to open his own business. Levinson held that such a “mid-life transition” or “mid-life crisis” (a term coined by the psychoanalyst Elliott Jaques in the 1950s, but not widely used until 20 years later) was a universal feature of human life, shared across social and cultural differences.

However, Levinson made an exclusion to the concept: He did not study women’s lives, interviewing the 40 men’s wives only to learn about their husbands. Despite this lack of empirical evidence, the psychologist’s description of the male midlife crisis was closely tied to his understanding of women’s roles: At a time when the women’s movement was widely popular in the United States, influencing public opinion as much as social policy and legislation, Levinson opposed the transformations in women’s lives. He used psychological research to bar women from changing their lives.

In Seasons, Levinson emphasized the importance of marriage to a man in his twenties and early thirties. He used the term “special woman” to describe the devoted at-home wife and mother who helped a man to become successful, or, in Levinson’s terms, fulfill his “Dream,” a concept borrowed from the British psychoanalyst Donald Winnicott. If the “special woman” had a job at all, it was as an unmarried woman seeking a husband, or in an occupation such as teaching or nursing “where she is appropriately maternal, sub-ordinate and non-competitive with men.”

Levinson stressed the significance of separate spheres—breadwinning father, homemaking mother—to a man’s professional advancement by contrasting the “special” with the “liberated” woman whose involvement in a career produced “bitter discontent and conflict” in a marriage and was in his view against nature: “It is hard enough to form a life structure around one person’s Dream. Building a structure that can contain the Dreams of both partners is a heroic task indeed, and one for which evolution and history have ill prepared us.”

The psychologist highlighted the motherly implications of a perfect wife’s virtues. She was “generally maternal and caring and makes things easier for him.” Drawing again on Winnicott’s well-known definition of the “good enough mother,” Levinson compared the “good enough” wife’s relationship to her husband to that of a mother and child. Like a boy’s mother, too, the special woman was a “transitional figure”: “During early adulthood, a man is struggling to outgrow the little boy in himself and to become a more autonomous adult. The special woman can foster his adult aspirations […]. Later, in the Mid-life Transition, he will have to become a more individual person. With further development, he will be more complete in himself and will have less need of the […] special woman.”

A man’s midlife crisis, then, was a justification for abandoning his wife. As relevant as she had been in their 20s and early 30s, for the middle-aged man, his wife was “neither necessary nor desirable.” The professional success the at-home wife had helped to build was no longer the established 40-year-old’s priority; indeed, at middle age, her “special” qualities were considered “overly controlling,” “smothering,” “depriving and humiliating.” And just as for Winnicott, the child did not owe its mother anything—she was “devoted” by nature—so for Levinson, the husband had no obligations toward his wife, while her responsibilities continued nonetheless. The psychologist bemoaned that many wives did not fully “appreciate” their husbands’ “need for a greater measure of autonomy,” and that some even acted as a “destructive witch or selfish bitch using both her strength and her weakness to keep him in line and prevent him from becoming what he truly wants to be.”

Not just a reiteration of gender stereotypes, Levinson’s concept of midlife crisis was anti-feminist. By excluding women from his concept of midlife change, the psychologist banned them from redefining their lives and seeking self-fulfillment outside the home. For Levinson, women’s liberation hindered men from releasing their full potential.

Levinson claimed that a woman’s “growing assertiveness and freedom” in middle age would result in her partner’s “severe decline.” He warned of the moment when a wife “becomes the voice of development and change,” “takes the initiative in reappraising the marriage,” and “seeks to expand her own horizons and start new enterprises outside the home.” Levinson cautioned that “the husband may then become the voice of the status quo. Moreover, a man who feels that his own youthfulness is in jeopardy may be more threatened than pleased. […] He has less authority […] and feels increasingly obsolescent […]. Where this occurs, it is a serious problem for the entire family.” Several years later, Levinson’s follow-up The Seasons of a Woman’s Life argued at book-length that in midlife, women discovered that it was impossible for them to find satisfaction in work or professional careers. A woman’s place was in the home.

A man’s midlife crisis, then, was a justification for abandoning his wife.

Levinson’s idea came with scientific credentials and it was quickly picked up in the academy and beyond. The science writer Robert Kanigel expressed the thoughts of many critics when he praised Seasons as a profound and life-changing book: “I came away weak with wonder at the drama in every human life.” For Richard Rhodes, the widely published writer and historian, Levinson’s work was not just “authoritative” but indeed “as important and fully as extraordinary, as Kinsey’s [reports on human sexual behavior].”

During the 1980s, as an anti-feminist backlash became widespread in the United States, Levinson’s ideas were frequently reiterated. Psychological and psychiatric experts who published on the topic, often with reference to Levinson’s Seasons, were now joined by physicians. In his 1984 book Crisis Time!, the prominent surgeon Robert Nolen suggested married women wait for their husbands—two years seemed an appropriate benchmark—and consider the situation: “Can she absolutely not tolerate his relationships with other women? Or can she write it off as ‘men will be men’?” Similarly, the Californian psychiatrist Jim Stanley, who regularly treated middle-aged couples, charged women for holding “unrealistic” expectations of men and advised them to be understanding, patient, and “more accepting” of their husbands’ midlife behavior.

In 1989, Levinson himself capitalized on the continued success of his theory and turned Seasons into a documentary. Broadcast on PBS, Halftime: Five Men at Midlife chronicled the midlife crises of five male Yale graduates, Class of 1963, selected by Levinson, who also interviewed them at length in front of the camera (individually and in a group session). Among them were Hollywood executive Steve Sohmer, complete with fat cigar, Rolls Royce, and Rolex, who talked about his experience of going through multiple marriages, love affairs, and jobs, and Mike Redman, a former Olympian, who aired his anger over his wife’s request for a divorce.

By then, the male midlife crisis was an accepted cultural phrase. Its academic cachet allowed it to parade as a scientific, methodologically rigorous discovery. Even now, many are unaware of the profoundly anti-feminist stance that motivated the idea of men’s midlife crisis. As a defensive reaction against the women’s movement, Levinson’s definition of the midlife crisis drew on the language of personal development to stabilize gender hierarchies and prevent women from changing their lives. Retelling this account of the male midlife crisis today—tuning out Anna Karenina’s story in favor of Vronsky—means nourishing a narrative that has played important political roles.