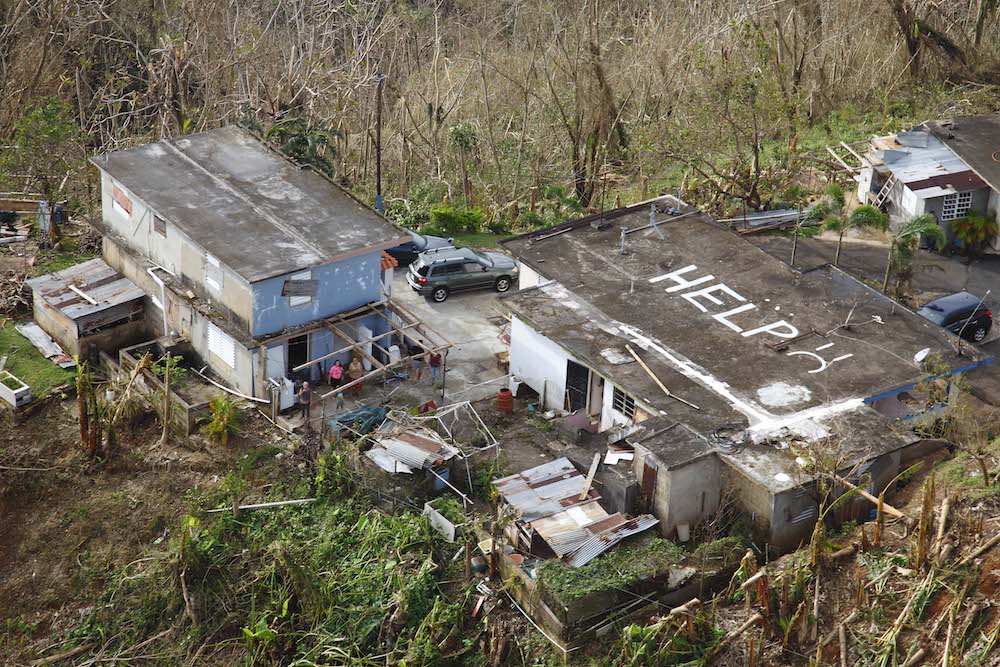 U.S. Customs and Border Patrol conducts search and rescue in the mountains of Puerto Rico after Hurricane Maria. Courtesy of Flickr.

On September 20, 2017, when Hurricane Maria hit Puerto Rico, the media, government officials, and the American public were in awe when the island lost electricity and went dark. More recently it’s been estimated that thousands may have died in the storm and its aftermath. How, in a place that is part of the United States, had this happened?

As a sociologist who studies disasters, I wasn’t surprised. I study the role that communities play in avoiding, preparing, responding to, and recovering from disasters. This view holds that while natural hazards are common, they become disasters due to the social conditions in which they happen.

So if a hurricane strikes a deserted island in the middle of the ocean, that’s not considered a disaster. But when a hurricane hits an island that has been in crisis for many years, as was the case in Puerto Rico, the disaster can be very large.

Hurricane Maria lifted the veil on the “broken system” governing everyday life on the island. One common theme in the many conversations I have had with people in Puerto Rico is that Hurricane Maria did not create these conditions. These were the result of years of a weak economy, a political system with little power, underinvestment in infrastructure, and fiscal mismanagement.

This system, broken as it is, has proven to be resilient. In other words: While disasters often provide an opportunity for communities to confront their social and economic realities, it doesn’t always happen that way. There’s no reason to assume that pre-disaster conditions are going to magically be erased after a catastrophic event like a hurricane. They certainly weren’t in Puerto Rico.

One could argue that the current disaster has been centuries in the making. Discovered by Christopher Columbus on his second voyage in 1493, Puerto Rico was a Spanish colony for almost 400 years, until it became a territory of the United States after the Spanish-American War. Between 1898 and 1948, Puerto Rican governors were appointed, at first by the U.S. military and later by U.S. presidents with some congressional oversight. It was not until 1948 that Puerto Ricans could elect their own governor. To this day, although they are U.S. citizens, Puerto Ricans residing in Puerto Rico cannot vote in presidential elections.

In the mid-1940s, Governor Luis Muñoz Marín developed Operation Bootstrap to modernize Puerto Rico from an agricultural economy into an industrial one—using federal funding to increase manufacturing. This accelerated the economic prospects of the island, but it also led to massive urban developments and an economic system that was fundamentally dependent on federal resources.

By 2016, the government was facing a financial crisis with an outstanding debt of more than $70 billion. Fiscal mismanagement, political pandering, corruption, and nepotism created an ongoing financial and economic crisis that led to a 7 percent population loss from 2010 to 2015, which continues to this day. While the winds of Hurricane Maria eventually stopped, the fury of the financial crisis still pounds the island.

The big challenge for Puerto Rico is how to overcome the realities that Maria revealed. The task is not only how to help the island recover from the current crisis, but how to transform the system so that residents avoid the trap of returning to the broken system that led to the catastrophe in the first place.

Indeed, the experiences of many with whom I spoke suggest that certain issues of the “broken system” manifested themselves before, during, and after the storm. Among them: emergency management plans that were not followed (if they were ever completed, practiced, or implemented); a broken emergency communication system that prevented timely and efficient response by the central government; no-bid contracts; inadequate distribution of supplies at the ports; and the very slow federal response.

While the winds of Hurricane Maria eventually stopped, the fury of the financial crisis still pounds the island.

The hurricane also revealed the resilient spirit of the Puerto Rican communities, many of which responded quickly during and after the storm. There are countless stories of neighbors checking on the welfare of others, of people finding ways to communicate, and of individuals cooperating to remove debris and get supplies to people when no other services were available.

Another resource has been the Puerto Rican diaspora, which mobilized to get supplies and bring attention to conditions on the island. There are approximately 5.1 million Puerto Ricans living stateside that are concerned about the future of the island and want to be part of the solution. The Puerto Rican diaspora, particularly in Florida, has the political power to hold the federal government responsible for failures in the response to the disaster.

Courting the Puerto Rican electorate has become an essential campaign strategy for political candidates. Nonetheless, much of the courting will likely dissipate if Puerto Ricans do not vote or get involved in the political process. The diaspora also has more financial resources to take on temporary assistance to family members moving stateside looking for better opportunities. However, the diaspora is ideologically divided, particularly over the political status of the island of Puerto Rico, and these divisions have prevented the diaspora from really imposing its considerable power on issues facing the island.

There is no doubt that federal resources are important to the recovery of the island in the wake of the ongoing financial crisis. And the island will certainly be dependent upon the federal government to rebuild the physical structure of the island, particularly its power grid.

Thus, for the people of Puerto Rico, recovery will imply more than financial resources. It will require a new way of thinking, a new beginning driven by innovative ideas to account for the multitude of problems the island is facing. It will require uncomfortable and necessary discussions on past practices that allowed the island to reach this point. In all, it will require a dramatic shift from a dependent path to one that accounts for the realities of being an island nation with economic challenges but enormous social and human capital resources.

Puerto Rico faces a long recovery. While the hurricane was one of the worst disasters to strike the island, not transforming the seemingly resilient “broken system” will have lasting consequences for its future. This is a moment when Puerto Rico can make a break with the past, and move forward in ways that enable all of its communities to mitigate, prepare, respond, and recover from future hurricanes and threats.