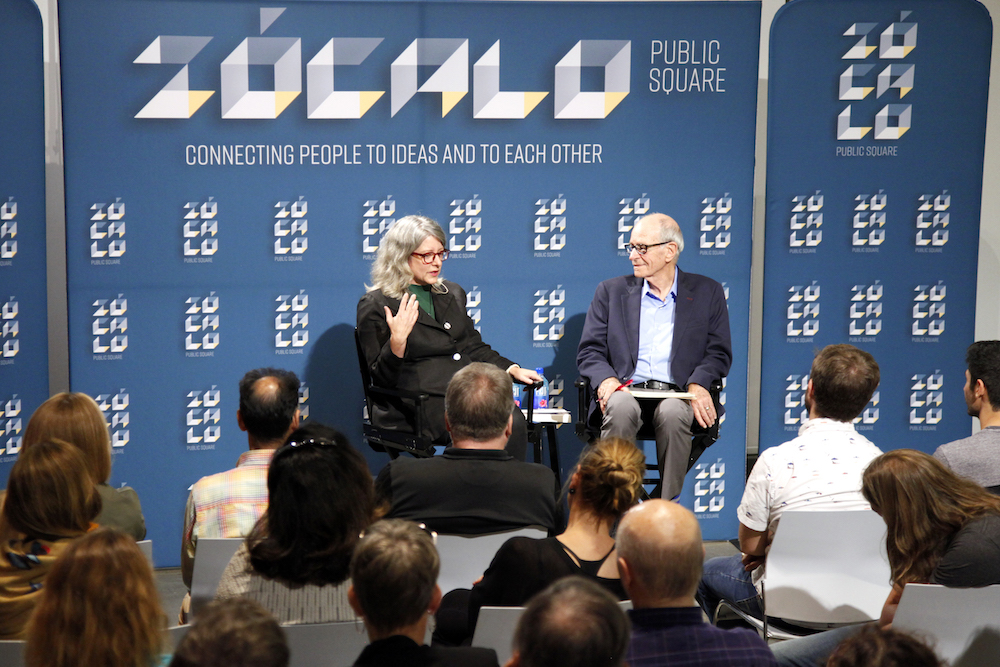 Apart from mosquitoes and cockroaches, termites may be the least beloved insects rambling around our planet. But they’re also among the most underappreciated of creepy-crawlies—and their example can tell us a thing or two about how to create biofuels, train robots, and harness artificial intelligence.

Author and journalist Lisa Margonelli made her best case for the lowly and unsightly, yet ubiquitous and highly successful arthropods at a Zócalo discussion titled “What Can Termites Teach Us About the Future of Technology?”

Margonelli, deputy editor at Zócalo Public Square, is an unabashed fan of what she affectionately calls “Underbug”—which also happens to be the title of her just-published book, subtitled “An Obsessive Tale of Termites and Technology.” The event, at the RedZone at Gensler in downtown Los Angeles, drew an enthusiastic and inquisitive crowd.

Moderator Warren Olney, host of KCRW’s “To the Point,” had no trouble coaxing Margonelli to extol the virtues of her chosen research subjects. Where some people might see a destructive pest that’s slowly devouring their craftsman bungalow, Margonelli sees an industrious and disciplined six-legged worker operating in a tightly controlled caste system, “the poster bug for the twenty-first century—a little guide to really big ideas,” as she writes in her book.

Still, Margonelli acknowledged at the outset that termites—which evolved from cockroaches, but are stunted and blind to boot—aren’t generally thought of as endearing. “Termites are cute if you get right up into them, but the popular conception of them is not cute,” she said, adding that half of all scientific papers about termites are about annihilating them. “If you see a picture of a termite it’s on the side of an exterminator’s van, and if you see a picture of an ant they’re adorable and it’s from Pixar.”

Indeed, Margonelli said, termites “are just kind of little and weird.” For one thing, only the king and queen of a nest evolve into sexually reproductive adults; the great mass of termites remain stuck in a kind of perpetual pre-adolescence. Because of their arrested development, they’re oddly translucent: their exoskeletons never harden and darken. Yet they possess some remarkable attributes: pressure-packed mandibles, sophisticated antennae, and guts filled with some 500 different microbes that allow them to eat wood, chip apart cellulose, and release the sugars inside it.

Margonelli said that her fixation with termites—there are at least 3,000 named kinds—stemmed from an incident a few years back in a rented house in Berkeley, where one night she realized that termites had gnawed through a good chunk of her ceiling, and the whole thing might collapse on her.

“These termites risked your life. Were you able to forgive them?” Olney asked.

“The weird thing is I was just totally fascinated,” Margonelli replied. “I wasn’t a homeowner, I had a landlord who had to pay for it.” From that point on, it was “almost like the termites have sort of gotten in my head.” They’ve also gotten into her mouth, more or less; she has eaten a few (as many people do in various parts of the world), and shared with her audience their nutty, crunchy flavor profile.

Margonelli’s quest eventually consumed eight years of her life and took her across multiple continents (Antarctica is virtually the only land mass where the critters don’t thrive). During her odyssey, she sought out not only termites, but also scientists who study them. Among these are roboticists, who plumb how a simple-minded insect is able to carry out sophisticated feats of engineering (such as 17-foot-tall “communes” that resemble miniature Burj Khalifa’s); and microbial biologists, who spend their days scouring termite guts to better understand how wood and grass might be converted into cheap gasoline substitutes.

Termites, it turns out, have brains, but we don’t really know how complex they are, Margonelli said. Their sense of who they are appears to fluctuate, depending on the size of the group. But we haven’t yet fathomed the feedback mechanisms that enable thousands of individual termites to function as a single orchestrated unit. And although they appear to follow rules, we haven’t comprehended what those rules are, the author continued.

Although much of the conversation revolved around biology, Margonelli also took a number of thoughtful swipes at troubling ethical questions about how Big Science, corporations, and the military are hoping to make use of the know-how we might gain from studying termites, and not always for benevolent ends.

Already, termites have furnished useful clues for furthering the development of autonomous military drones, Margonelli suggested. Scientists dream of being able to send termite-inspired robots into a crippled nuclear power plant to build walls that would seal off radioactive wastes—without humans having to tell the robots exactly how to build such a wall. Futurists and fantasists speculate about a day when a termite-derived technology, if not termites themselves, could be blasted off to Mars to gulp down Martian soil, mix it with saliva (or something similar), and start disgorging sandbag-like structures.

More alarmingly, Margonelli cited ongoing military research into the development of sophisticated robots that could fly or autonomously build. Perhaps someday swarms of tiny, termite-imitative robots will be dropped from military planes to scope out swaths of Yemen or Afghanistan and bring back reports. Or even be outfitted as tiny assassin drones that would land on an enemy’s head and deliver a death blow.

More likely in the short term, though, is that this type of technology will be used for cleaning swimming pool filters, Margonelli said.

Some audience members reiterated these queasy philosophical musings during the question-and-answer period. One asked: How close are we to developing these miniature killer drones? “The big drone stuff is already happening,” Margonelli said, pointing out that the number of Predator drones patrolling the U.S.-Mexico border has more than tripled in the last few years.

Another audience member, from Silver Lake, asked how much termites fight and how territorial they are. Margonelli replied that even within the same species of termite, each nest creates a signature hydrocarbon that gives its residents a particular smell, and designates them as a possible foe. But Margonelli said her research hadn’t focused specifically on that question; she joked she might turn to it in her “next 10 years” of investigations.

Above all, what studying termites gives us is “an evolving sense of how complexity is built in nature,” Margonelli said. Everybody is trying to understand how you can have simple instructions and a complex whole; how you can have small actions that are taken locally, but are replicated on a global scale. “They reveal how little we understand about this changing world and how it really works underneath.”

For her own part, Margonelli seems committed to keep peering deeply into obscure and misunderstood corners, where the small is no less complex or sublime than the great. She now possesses a terrarium with termites, given to her by an acquaintance. Occasionally she even sees termites in her dreams.

“I don’t know how the world works,” she said. “I should pay more attention.” 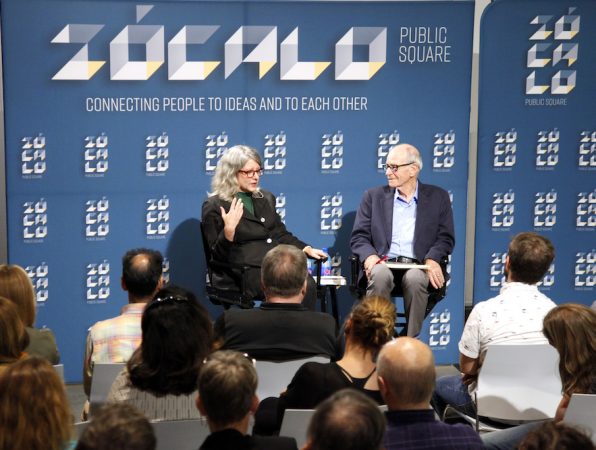 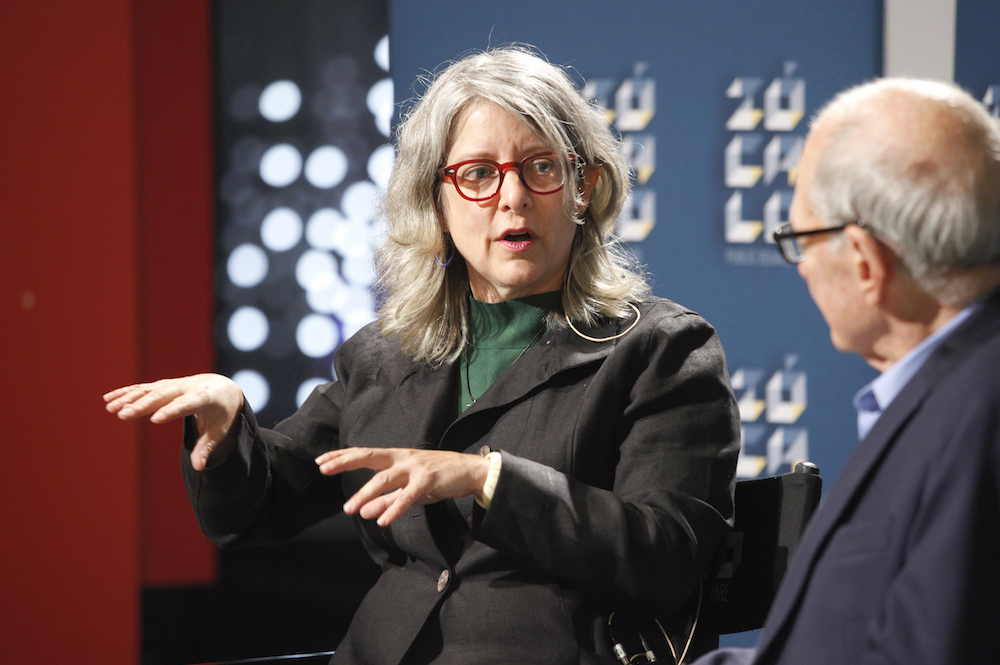 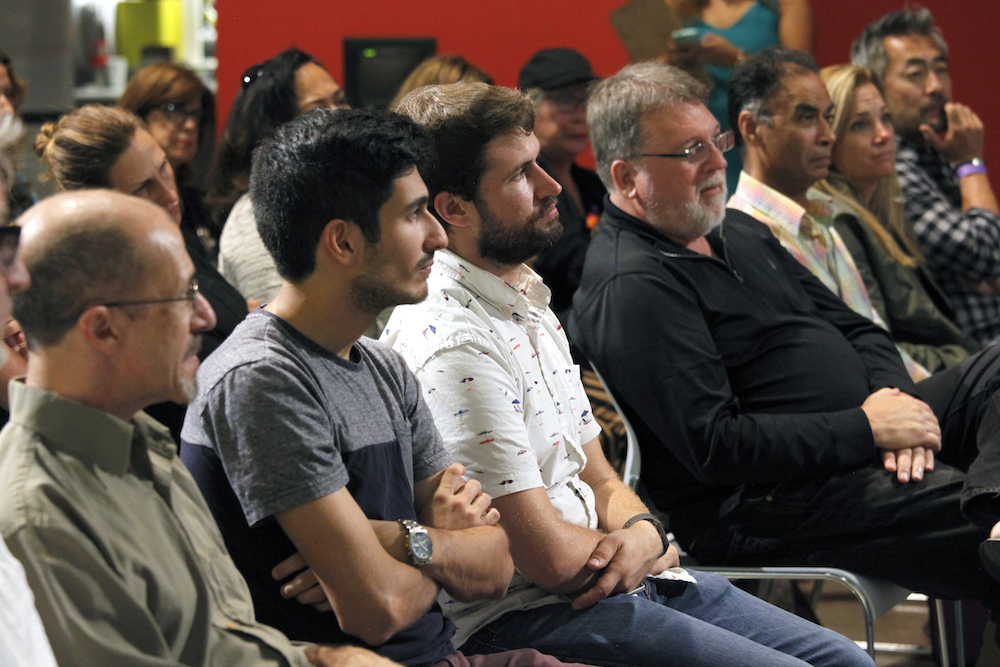 A large crowd at the RedZone at Gensler. 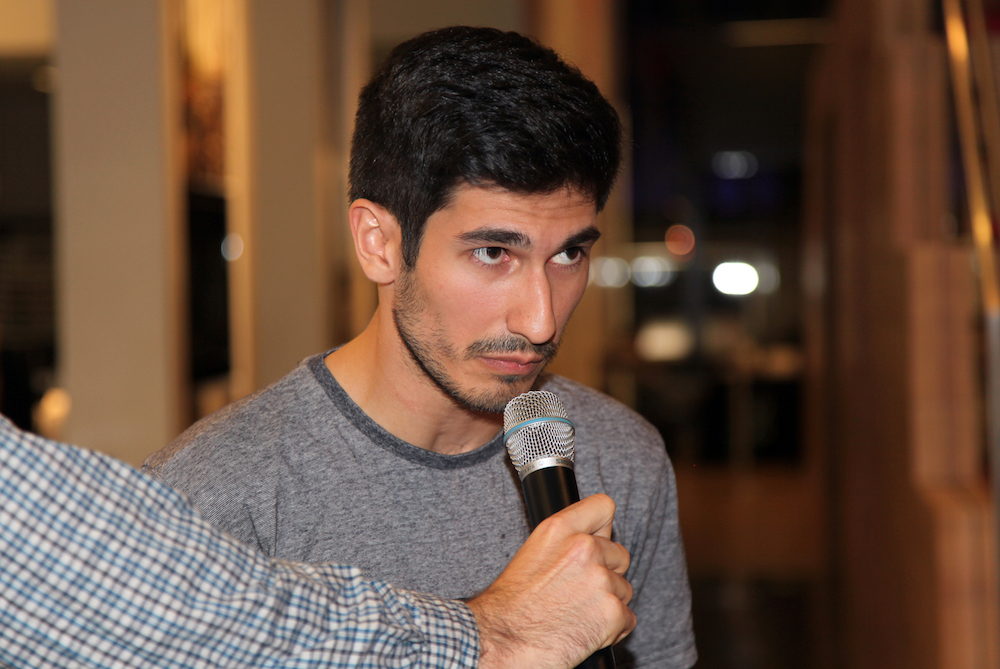 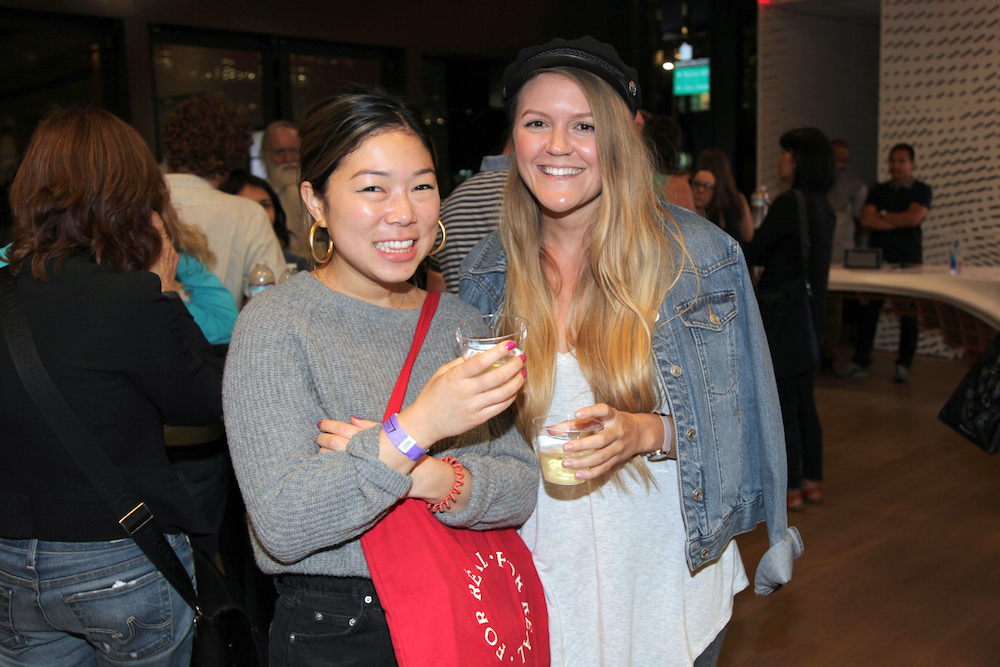 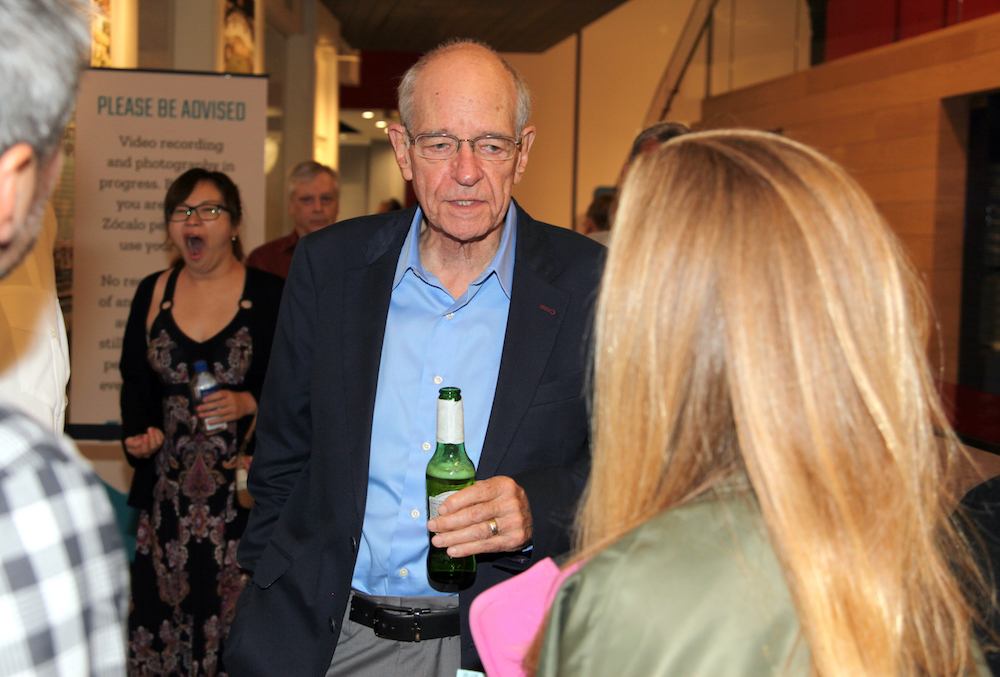