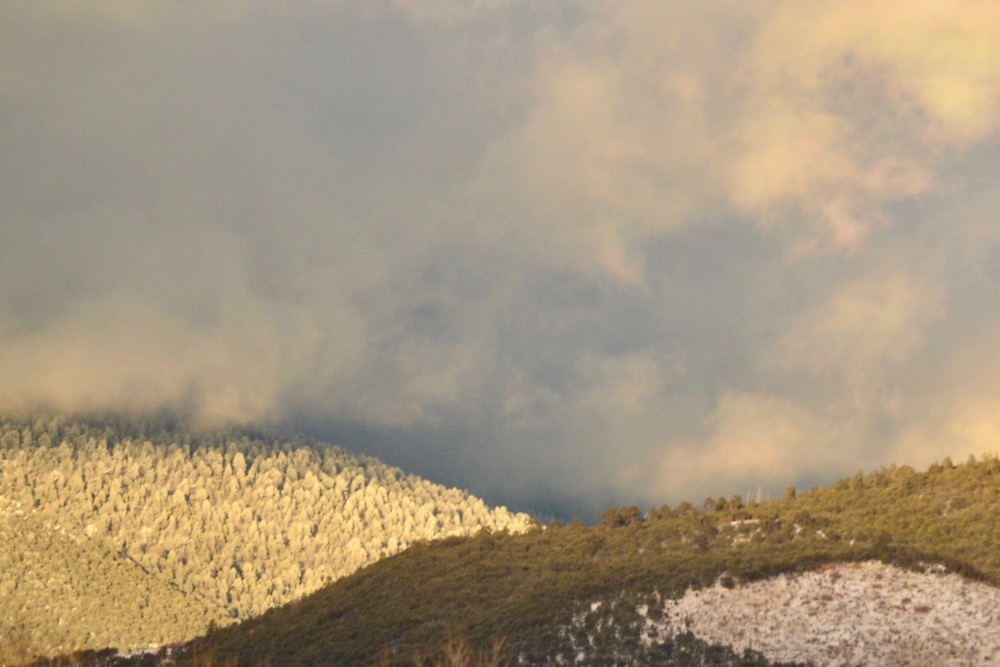 The mountain I hadn’t met lamented. It was you’re welcome; I’m sorry you don’t belong. It stood, said you don’t fit—sun hitting its middle—but stay. Far off, Gladys Knight (because songs appear without regard for anyone’s story). And it was all Pips: background as clarity, cry like a train-whistle, fist up.

Here, the double pane reflects the mountain every bird aims for. Good god, little finch. Stunned only, I ask? Surprised, I say? Knocked out, I hope? Had they language it would be: ask me later. Had I language for them: tell me now and get it over like some Patsy Cline song I can’t abide.

A season I lost small, beat-up jewels. Ruby circled down the drain and pearl fell in snow. Took four weeks to melt and by then the pearl was dirt, seed for alley-weeds. It went like this; roof nail in a tire every week for three. Skin on both thumbs split all winter. On the road, my desk transported to a new house in the old truck in front of me; my papers flew like trash into the avenue and front yards of strangers. The parade of change.

Where leaves were. When were leaves? What keeps?

Four. Vinyl spun in sun of the southeast window; I was told to dress myself. I heard this as get ready to leave. Later, newly married and talking about pies. My aunt with cigarette, an extension of her arm, shook her head: you call me when you’re done playing Betty Crocker. Later, when I cried, he used to say this is what’s for dinner. Or, Bob’s your uncle when something was fixed. Or I’m your huckleberry when I couldn’t lift or carry a box. Everything else, after that, it broke at once. Finally, I drove through a canyon. Pips were on the side, knees bent, face forward to utter the truth. Santa Fe. Española. Velarde and Pilar. Curves closed off the plains behind.

New year under the mountain: its relief and it’s relief. In its cradle, the best living room dance. Star and backup, be the whole quintet and make the train-whistle sound when you sing.