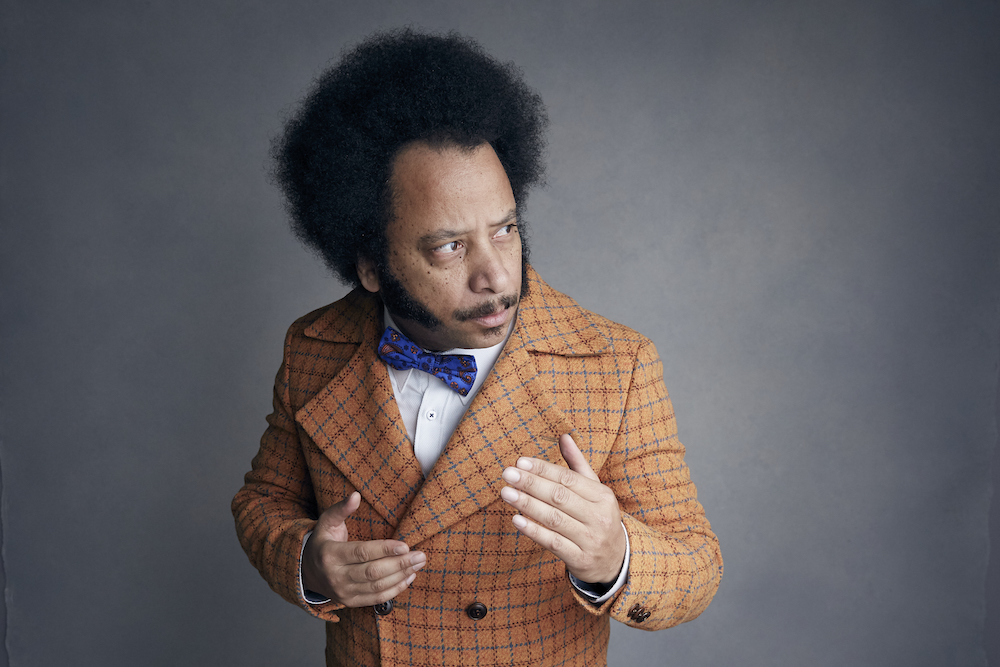 Oakland Director Boots Riley posed to promote his film, Sorry to Bother You, at the Sundance Film Festival. Photo by Taylor Jewell/Invision/Associated Press.

The best California movie scene of recent vintage is the opening of the 2018 film Sorry to Bother You. A young man and his girlfriend are getting intimate in what appears to be a dark apartment when the room suddenly fills with daylight, making their union visible to the people outside on an Oakland street.

What the heck happened? In short, the Bay Area housing crisis. The apartment is really a garage and the garage door has abruptly opened, at just the wrong time.

This example of love interrupted is indicative of another unconsummated relationship—that between Oakland and the Oscars.

Over the past year, the city of Oakland has built itself up into a capital of cinematic excellence, inspiring more great films than even movie-mad nations like France and Japan. This reflects both a rising generation of filmmakers who are proud of their O-Town roots, and the city’s own ascendancy in an era that prizes authenticity. Since all the real people have left unaffordable San Francisco, and since there have never been all that many real people in L.A., those who want to set a story in a relatable California reality are drawn to Oakland.

But neither Hollywood nor the Academy have responded with the requisite level of love.

Now, of course, Oakland won’t be shut out at the ceremony on February 23. The greatest new American movie star of this cultural moment, Oakland-born (and Hayward-raised) Mahershala Ali, is favored to win his second acting Academy Award in three years, for playing the pianist Don Shirley in the film Green Book. And Black Panther, which begins and ends in Oakland, is one of the eight nominees for best picture.

But Black Panther—despite being a groundbreaking cultural document and a comic movie of, by and for black people—is unlikely to win. And the film’s maker, Oakland’s own Ryan Coogler, didn’t get nominated for best director, even though he brought to life the land of Wakanda, which fulfilled Californians’ dreams of a sustainable economy with a high-speed rail system that is finished and functional. This was the second time Coogler got overlooked. He also wasn’t nominated for his brilliant 2013 film Fruitvale Station, about the killing of a young man, Oscar Grant, by a BART police officer in Oakland.

And the Academy completely overlooked two of the past year’s very best films: Sorry to Bother You, a satire with sci-fi elements (and that great intercourse-gone-awry opening), and Blindspotting, a beautiful buddy film about two troubled young men, one black and white, who work as movers. Both movies were set in Oakland and made by Oaklanders, and thus capture the city’s mix of beauty and pathos.

And while the politics of Oakland are reliably progressive (the city’s badass mayor Libby Schaaf could star in her own movie about facing down Trump administration threats of arrests after she warned the public of an impending immigration raid), both films are conservative, in the original sense of the word. The films are about conserving traditions, neighborhoods, families, and humanity, for all its messiness, in the face of frightening change. Both films thus cast Oakland as the front line of defense for a world trying to fight off the disruptive power of technologists from the richer, smugger side of the bay.

In Blindspotting, the main character Collin—played by the film’s own screenwriter, the Oakland-born actor-singer Daveed Diggs, best known for his role as Thomas Jefferson in the musical Hamilton—is an ex-con on probation who moves richer people into his own gentrifying city. The film builds to a fight scene at a tech party and then a haunting confrontation in which Diggs aims a sad and angry rap soliloquy at a racist cop.

Sorry to Bother You, from the multi-dimensional artist Boots Riley, starts as a working-class comedy but turns into a darker film about a Silicon Valley company that proposes to solve the world’s economic problems through a business model secretly built on slavery and turning people into animals. In seeking an explanation for its Oscar shutout, I wondered if that plot line cut too close to the bone for Netflix and Amazon, which now fund so much of Hollywood.

Since all the real people have left unaffordable San Francisco, and since there have never been all that many real people in L.A., those who want to set a story in a relatable California reality are drawn to Oakland.

Of course, Oakland is not without its own resources. Yes, it is losing two of its sports teams—the football Raiders to Las Vegas, and the basketball Warriors to fancy San Francisco. But Oakland is getting its due in other ways, since it’s that rare American place that is still distinctive and strange enough to convey its own message.

In politics, Oakland-born Kamala Harris, who rose to power as an establishment figure in San Francisco, tried to seize back some Oaktown cred by holding her presidential campaign kick-off at Frank Ogawa Plaza.

And in the literary world, Tommy Orange’s There There, a novel about Native Americans in Oakland, has been sweeping the top 10 books lists for its intimate portrayal of how different communities make a common home there.

“Cities form in the same way as galaxies,” Orange writes. “Urban Indians feel at home walking in the shadow of a downtown building. We ride buses, trains, and cars across, over, and under concrete plains. Being Indian has never been about returning to the land. The land is everywhere or nowhere.”

In her 1937 book Everybody’s Autobiography, Gertrude Stein lamented, “what was the use of having come from Oakland,” before making her famous (and false) observation that “there is no there there.” The truth is that Hollywood and American culture have long found things to use in Oakland.

The most honored-star of the past generation, Tom Hanks, still boasts about being from Oakland and graduating Skyline High. Oakland can claim George Stevens, the Oscar-winning director of A Place in the Sun, who grew up in an Oakland theater family, and Clint Eastwood, who was born in San Francisco but grew up in Piedmont and went to Oakland Technical High School. And serious Star Wars fans will tell you that Oakland is the real hometown of both Luke Skywalker (Mark Hamill was born and lived there until moving to San Diego at age 11) and Yoda (Frank Oz, a child immigrant from Europe, was raised in Oakland and got his start as a puppeteer at the city’s famed Children’s Fairyland).

After the Oscar snub, Boots Riley, the Sorry to Bother You director, tried to calm enraged fans by declaring he hadn’t campaigned for the Oscars, and didn’t much care about not being nominated. The Blindspotting team hasn’t protested either, since worrying about what the rest of the world thinks is not a very Oakland thing to do.

But the rest of the world would benefit from seeing more of the cinema and stories now coming out of Oakland.