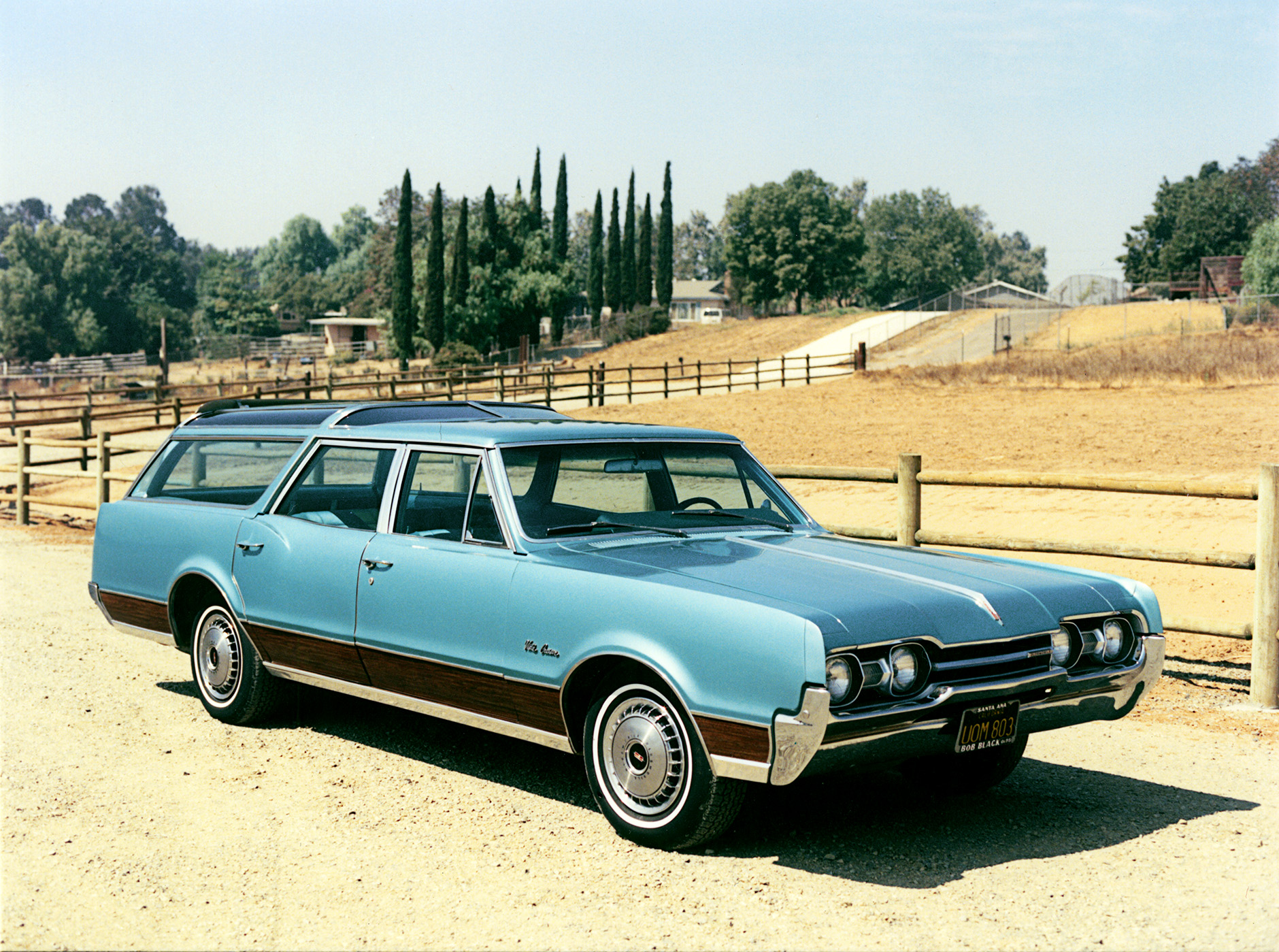 In 1967, Oldsmobile built 27,554 Vista Cruiser station wagons like the one pictured here. They had skylights as well as sun visors for the passengers, generally children, in back. Photo by John Jordan. 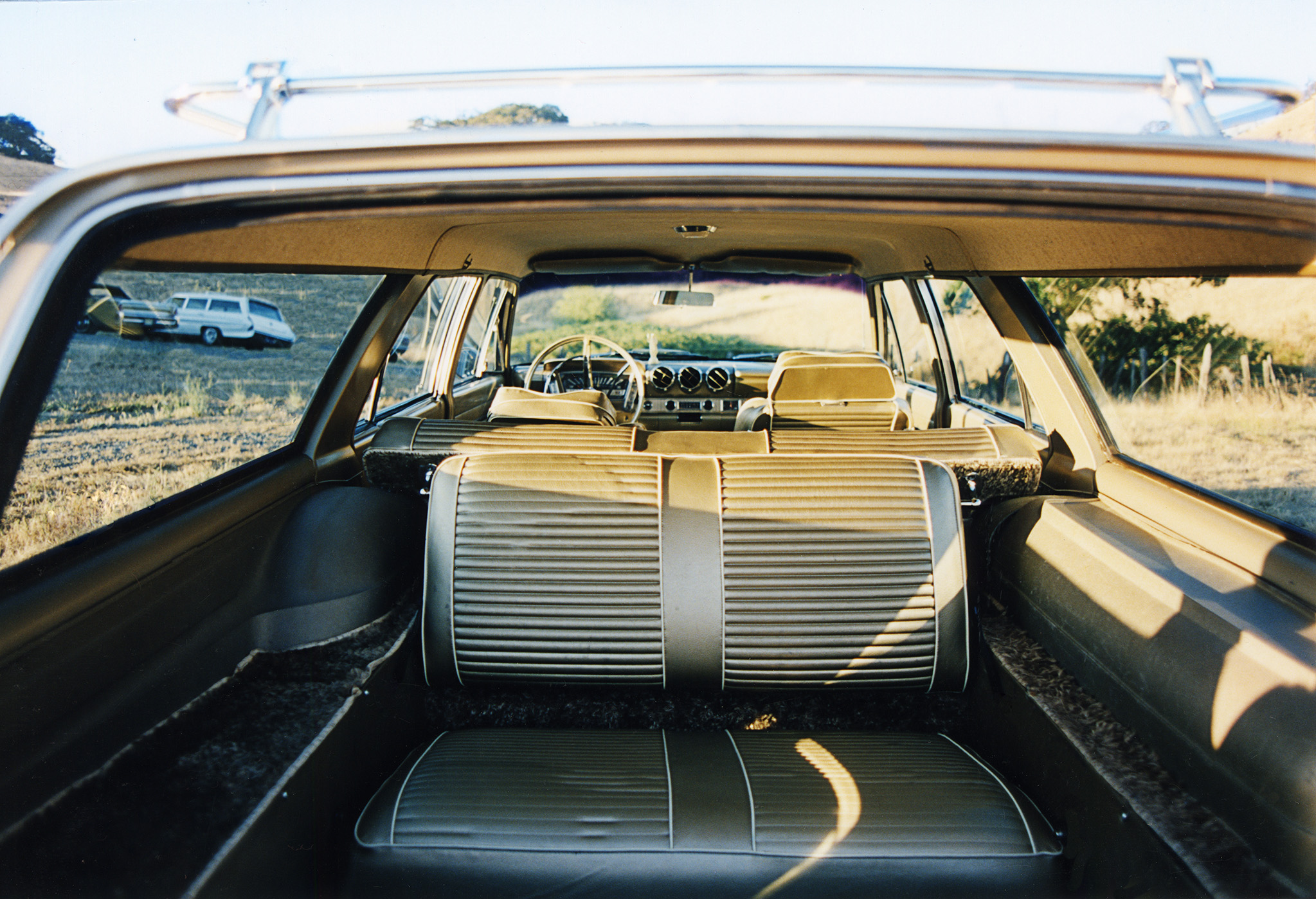 Millions of American kids spent long hours in the “wayback”—perches like the rear-facing seat of the 1963 AMC Ambassador 990 wagon. Photo by John Jordan. 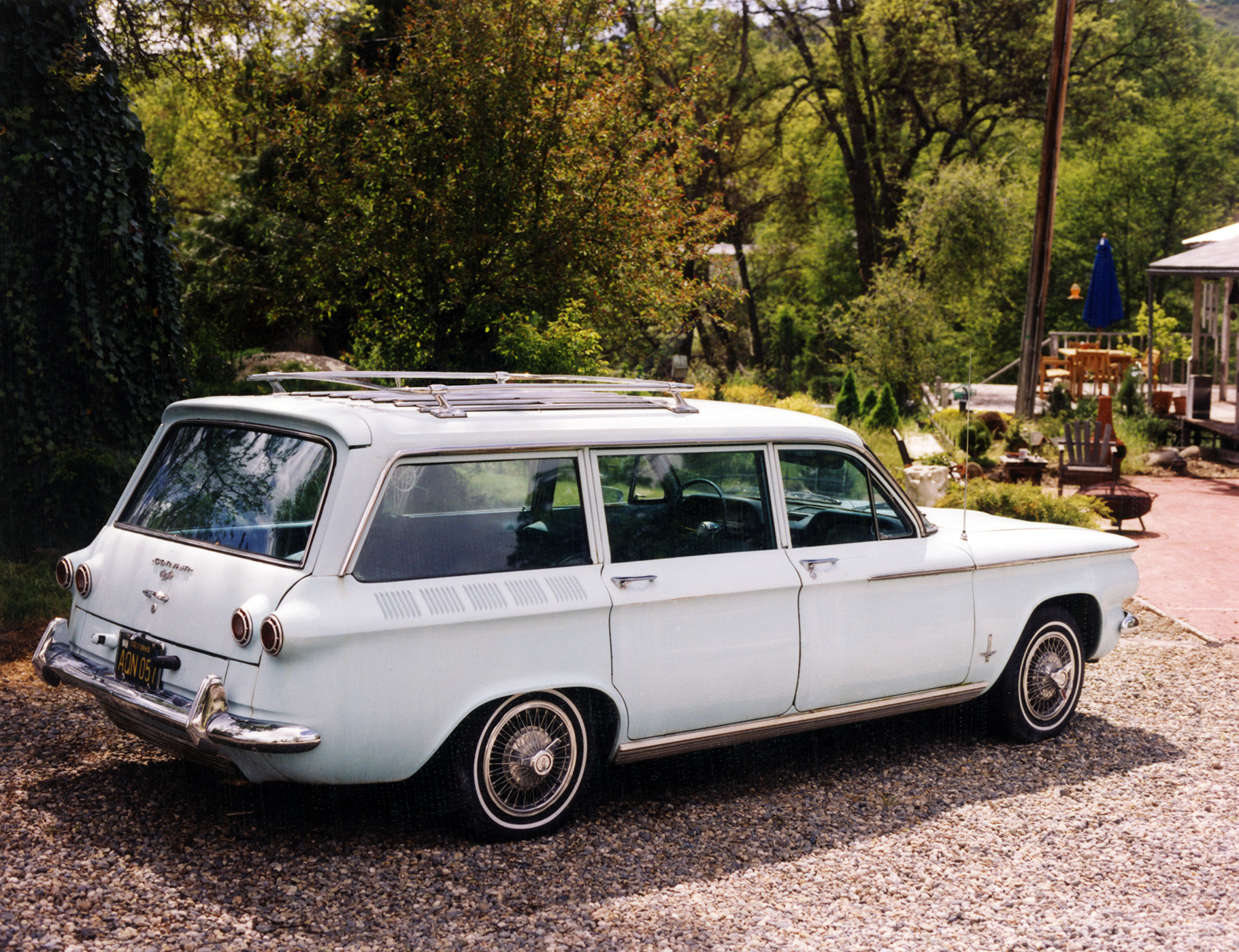 The Chevrolet Corvair, 1962 model pictured, was designed to compete with small imports from Europe. Like a Volkswagen, it had a rear-mounted engine. Photo by John Jordan. 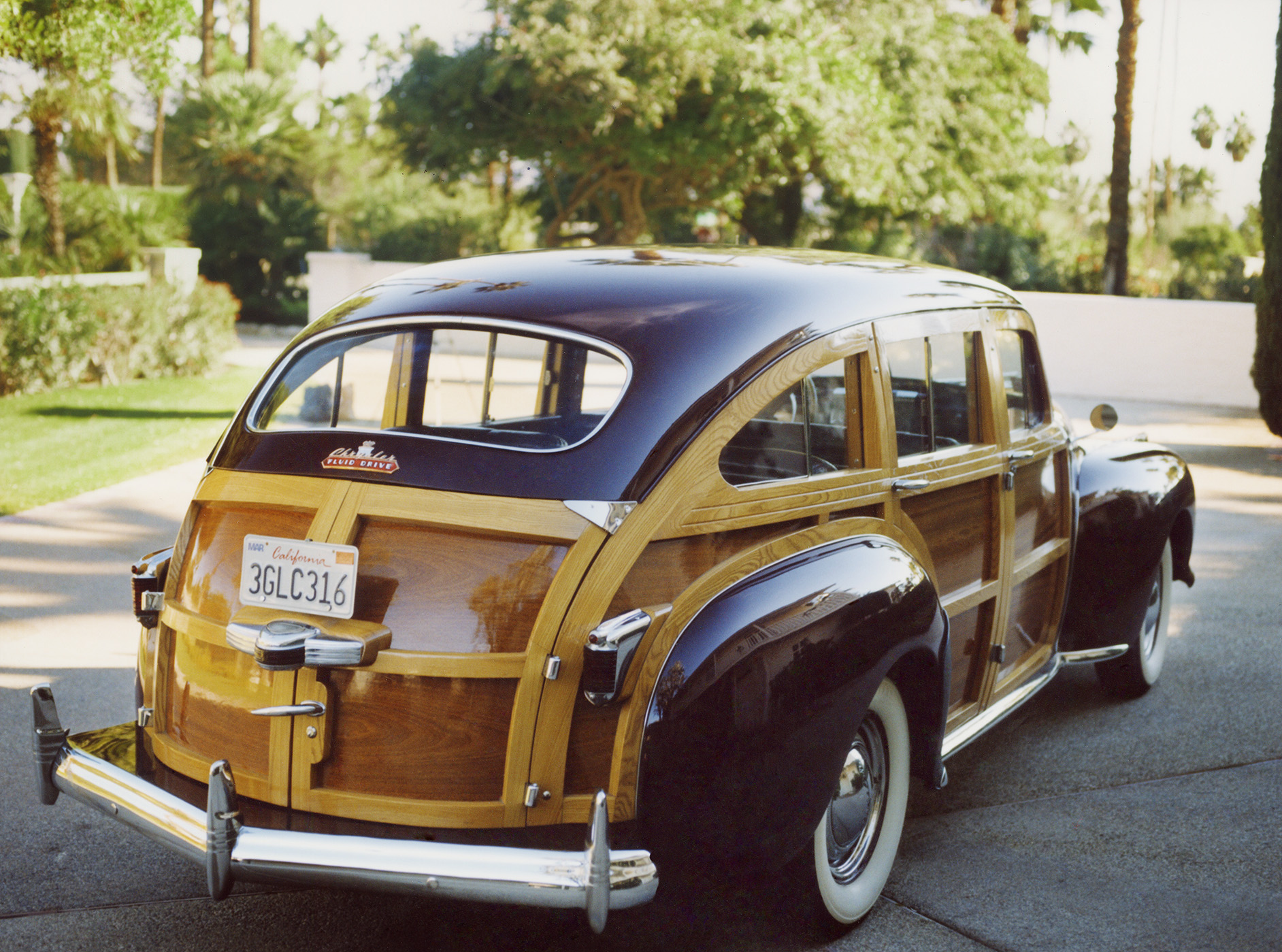 Some early station wagons, like this 1941 Chrysler Town and Country, look decidedly old-fashioned, but its steel roof and double doors in the back were actually very innovative and modern. Photo by John Jordan. 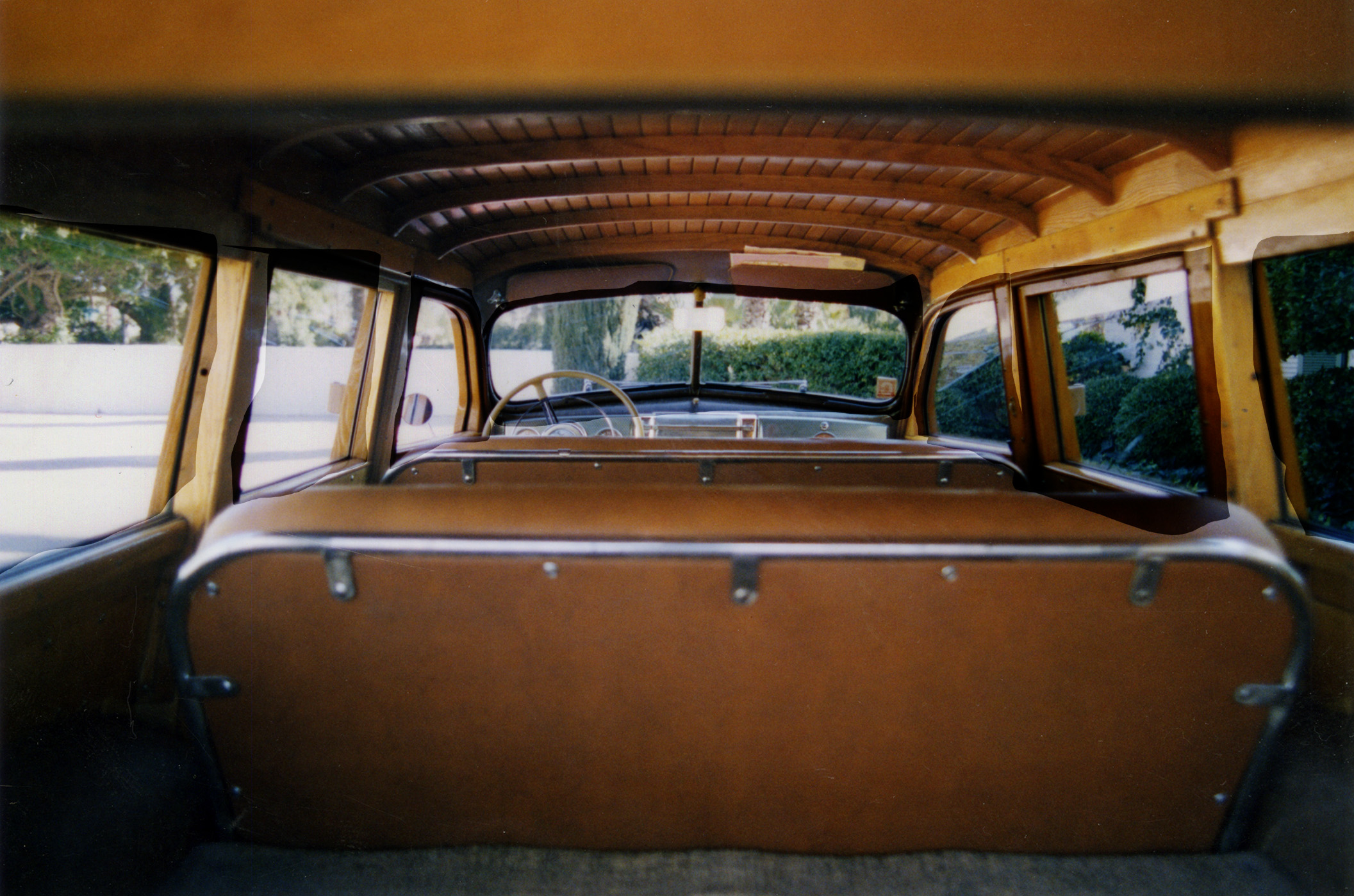 The interior woodwork of the 1941 Buick Special Estate Wagon reflects the luxurious feel of many early station wagons. Before long, automakers abandoned these references to luxury yachts, as well as wood itself. Photo by John Jordan. 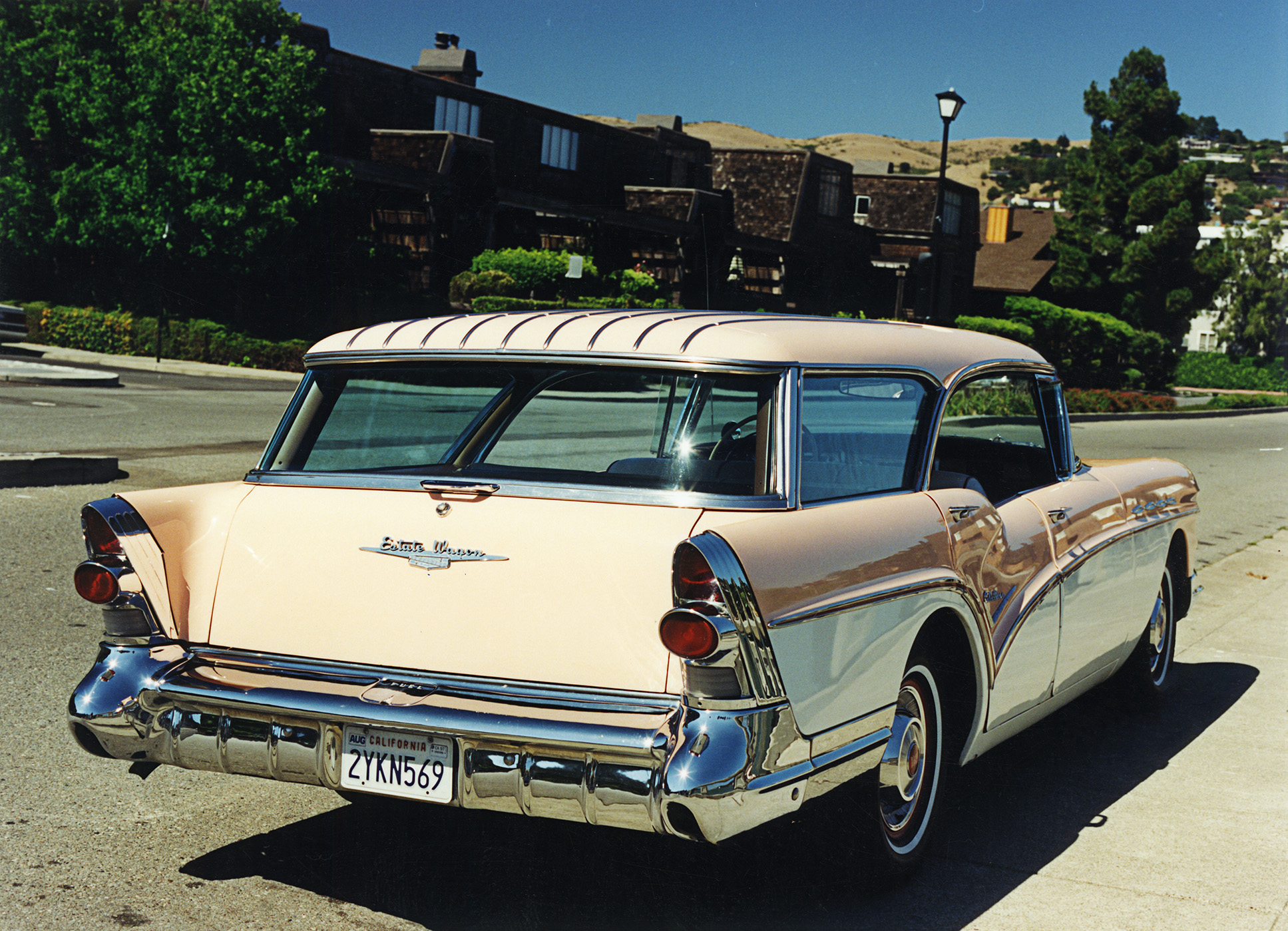 Station wagons were built with families in mind, but that didn’t mean they couldn’t have style. The dramatic 1957 Buick Century Caballero boasted two-tone paint and trim. Photo by John Jordan. 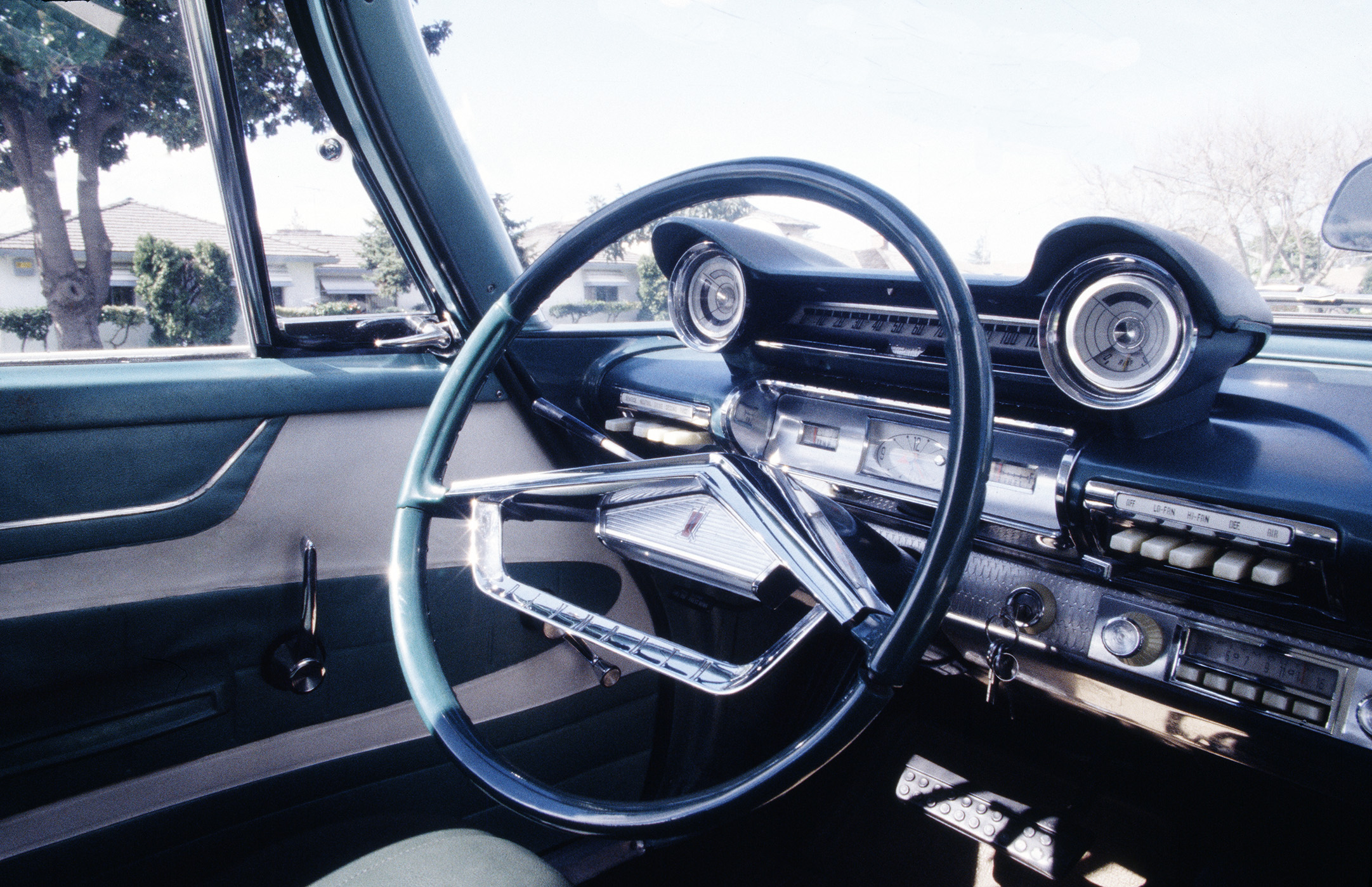 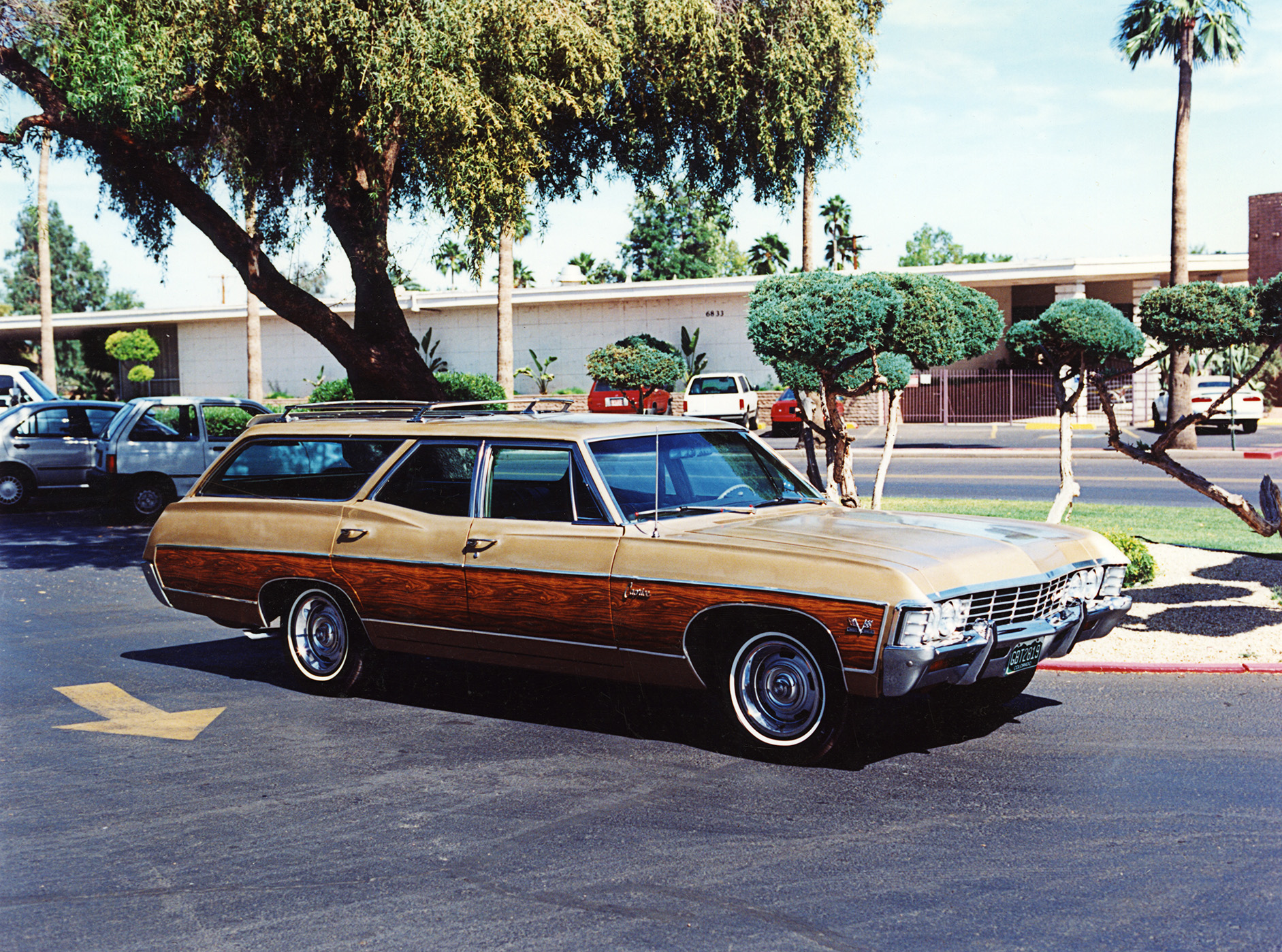 Today SUVs clog American roads, but in the middle of the 20th century, the station wagon ruled supreme. Built for growing postwar families—with a distinctive nod toward style and luxury—the iconic car with the “wayback” democratized driving for families across the United States.

In dozens of photographs assembled in the self-published Looking Backward: America’s Love Affair With the Station Wagon, Southern California-based co-authors John Jordan and Will Bodine recall the days when wagons were targeted mainly to the wealthy (the Buick Special Estate Wagon of 1941 had interior woodwork “worthy of a classic Gar Wood or Chris Craft” yacht, Bodine writes), and the times they borrowed their styling from chic sports cars (witness the trim on 1957’s “dramatic” Buick Century Caballero Estate Wagon). There are also rarities, like the 1958 Packard Clipper Wagon, with only 159 sold. But these were outliers, as the station wagon evolved to be the car of the modern family, a tool to help mothers shuttle children between suburban locations in style. The new arrangement of American homes and families was reflected in the very name of the 1961 Plymouth Custom Suburban, the car driven by the Cleavers of Leave it to Beaver.

Designed for ease—equipped with early automatic starters and automatic transmissions—these vehicles didn’t always handle with precision. Their big bench seats, with rudimentary seat belts, could flexibly accommodate a large number of children, while their window arrangements gave even the littlest kids a view of the road. Even though these cars often used innovative technology and design, they are remembered fondly because of the families they carried and the memories Americans created in them.

The station wagon’s greatest contribution to American life might be the unique perspective it offered its youngest riders: the pleasures and promise of the retreating open road. “There is an entire generation of adults that grew up in the ‘50s, ‘60s, and ‘70s that saw America ‘backward,’” photographer Jordan writes in the book’s introduction; “By that I mean facing rearwards in the third seat of the station wagon.” In Jordan’s family, as with many others of the time, the family jockeyed for seats in the front, the middle, or the “wayback,” establishing a hierarchy for family trips. “In my family the front seat was the only one that mattered and all else was for second-class passengers or luggage. In other families it was the opposite. The third seat was a place to go to fool around and be out of reach of adult supervision. Making faces at the cars that followed was considered great fun.”

Car companies are making their SUVs more car-like every year, so it may just be a matter of time before a new generation of American kids forges its own station wagon memories, Jordan muses. But it’ll never be exactly the same again.