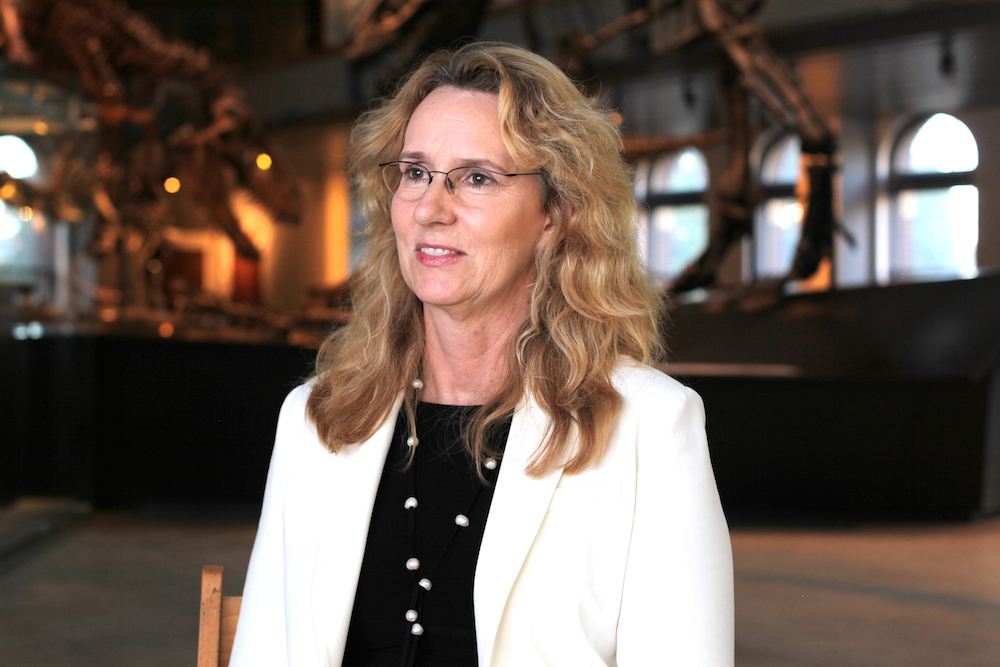 Cary Funk is the director of science and society research at Pew Research Center, where she has co-authored a number of reports on public trust in science. Her recent studies include “Science News and Information Today” and “Women and Men in STEM Often at Odds Over Workplace Equity.” Before taking part in a Zócalo/Natural History Museum of Los Angeles County event titled “Are Americans Turning Against Science?” at the Natural History Museum in Exposition Park, Funk spoke in the green room about working as an election night analyst, relaxation, and what she misses about Los Angeles.

You are based in D.C. but you went to graduate school at UCLA. What do you miss most about Los Angeles?

I’ve been here going down memory lane. Just went to campus today. I certainly miss being able to sit outside and have lunch or coffee every single day because it’s so beautiful here. I had a great experience at UCLA.

You’ve worked as an election night analyst for NBC News. What’s the most difficult thing about that kind of work?

Working on election night, [doing] polling analysis is extremely fast-paced. It’s a massive organizational effort to try to collect this data from interviews of people leaving the polling places around the nation. What I do with a small team of folks is look at that data. What you’re looking for is, you know, where does the public sit? What are the fissures? What does that election mean to people? Why are they voting the way they did? And you’re trying to read it all in real time, so it’s very exciting, but it’s very high pressured and difficult.

What surprises you most about your life now?

I certainly didn’t expect to do what I’m doing now, where I oversee and lead the research that the Pew Research Center does on science and how it intersects with society. That’s something I certainly didn’t anticipate when I was just starting out.

What was the most frustrating project you ever got?

I don’t know about frustrating, but certainly I’ve worked on lots of challenging projects and, actually, I liked those challenges, but while you’re in them, you’re trying to figure out how to solve that puzzle. So, sometimes it’s a puzzle of, how do we actually capture a representative sample, especially if it’s a small population? A lot of the challenges we’re working on now have to do with doing cross-country surveys. So we’re trying to draw a representative sample across whatever, some number of countries, each of which has their own contexts, their own geographies, their own languages.

I’ve definitely done lots of things to relax over the years, some of which is exercise, sometimes gardening, sometimes sailing.