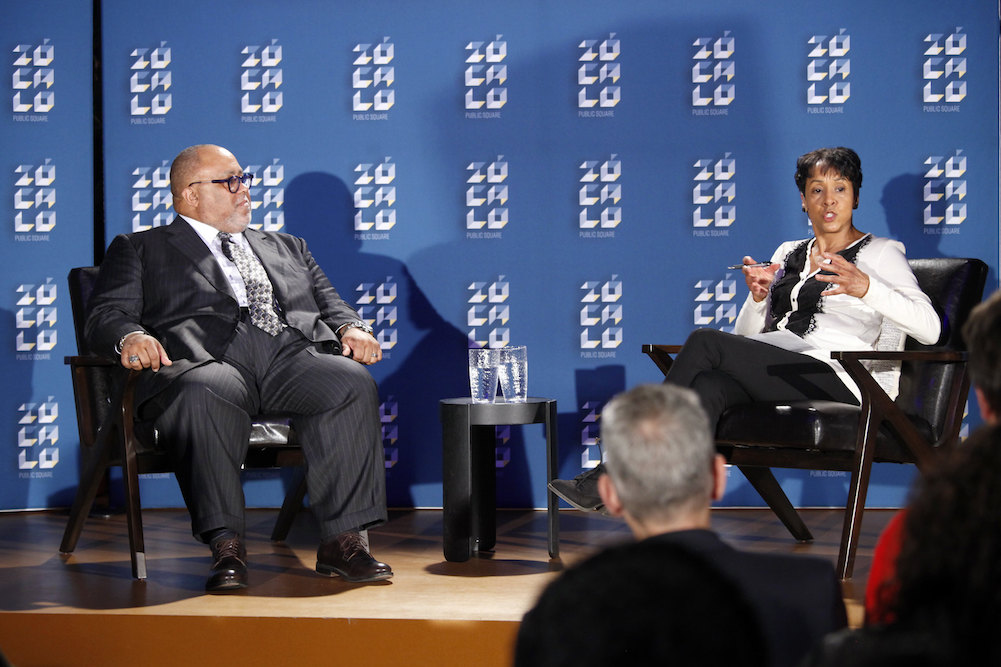 While race relations in the United States have improved dramatically since World War II, the recent resurgence of white supremacy and more openly racist politics represent serious threats to that progress, and in turn require a multifaceted response, said Harvard sociologist Lawrence D. Bobo at a Zócalo event last night.

“The old Jim Crow racism that was once accepted is largely discredited,” Bobo said during the evening’s discussion, titled “What Does the Resurgence of White Supremacy Mean for the Future of Race Relations?,” which drew an overflow crowd to Cross Campus in downtown Los Angeles.

But while surveys don’t yet show large backsliding in racial issues, he warned that Americans should not be complacent.

Bobo, the W. E. B. Du Bois Professor of the Social Sciences, pointed out how quickly American progress in representation for African Americans was reversed after Reconstruction. “Contrary to the American expectation,” he said, “things don’t always change for the better. Sadly, sometimes we take huge steps back.”

As the country faces “a complicated moment,” he called attention to the rise of the “alt-right” on the Internet over the past two decades, and its advancing of extremist views that the white race faces extinction from Jews and non-whites. Second and third, he said, the alt-right’s rise has coincided with two larger trends—the greater diversity of the country, and the rise of inequality—in ways that have fueled discontent among some Americans.

Fourth, he added, it has become routine for our politics to be racially divisive—so much so that how Americans view racial equality “is now the heart of how you define political identities.”

And finally, he explained, these problematic trends afflict a country with a deep history of slavery and discrimination that is hard to overcome and is not well taught or understood by many Americans.

Americans need to insist that leaders in society “project the right values—the values of tolerance, the values of mutual respect, and mutual obligation to one another.”

Citing a recent story from Calabasas where a man hung signs filled with racist slurs and anti-Semitic speech from his condo, Banks, the moderator, asked whether Americans today are more willing to champion racist views openly.

Bobo affirmed that polls show that most Americans see more racism and deteriorating race relations and noted that hate crimes—which are often underreported—are also on the rise, according to surveys. So, too, are incidents of racist language and use of racist symbols in schools, he added.

Asked why this might be, Bobo pointed to the country’s leadership—particularly President Trump’s frequent expression of racist and divisive views. “The office of the presidency confers extraordinary legitimacy on that occupant and his views,” he said. In light of Trump’s approving and constant comments, he said, “it’s not a surprise that elements on the far, far right … now feel they have the right to come forward.”

What should Americans do in response to these threats? Bobo cautioned that responding would not be easy or simple.

Americans need to insist that leaders in society “project the right values—the values of tolerance, the values of mutual respect, and mutual obligation to one another,” he said.

While noting that President Obama was often criticized for how he talked about race, Bobo made the case that the former president had come up with an effective three-part formula: First, Obama validated a grievance that white Americans might have. Then he talked about the real issue and concern on the part of African Americans or other groups about the subject. Having made both sides feel heard, Obama then offered “some variant of E pluribus unum”—urging people to work together to address these issues.

This blueprint, Bobo said, can foster a space “where people come together and work through these issues.” Americans, he added, should “carry ourselves with an openness to the positive and the good” and make sure politics and fears don’t lead us into conflict. At the same time, Bobo acknowledged that it’s important to engage with the issues at hand and realize that this moment represents a real threat.

During a wide-ranging question-and-answer session with the audience, Bobo was asked whether the American system constituted apartheid, about examples of times and places when people of different races overcome white supremacy to govern together (Wilmington, North Carolina, before an 1898 insurrection by racists, was cited), and about the connections between white supremacy and misogyny (they often go “hand in hand,” he said).

In response to a question about capitalism’s role in white supremacy, Bobo said that the country needs to work on many issues at the same time to address the challenge. 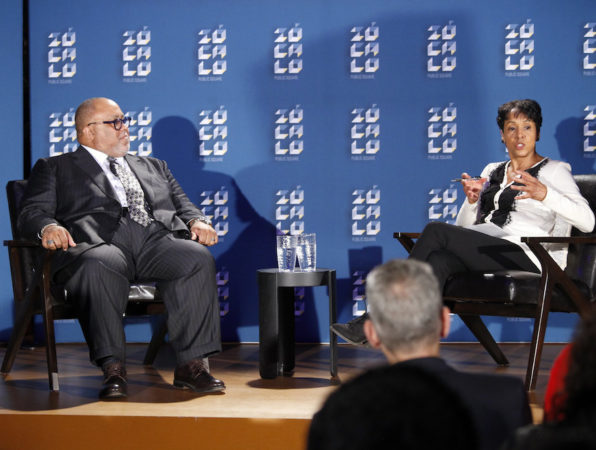 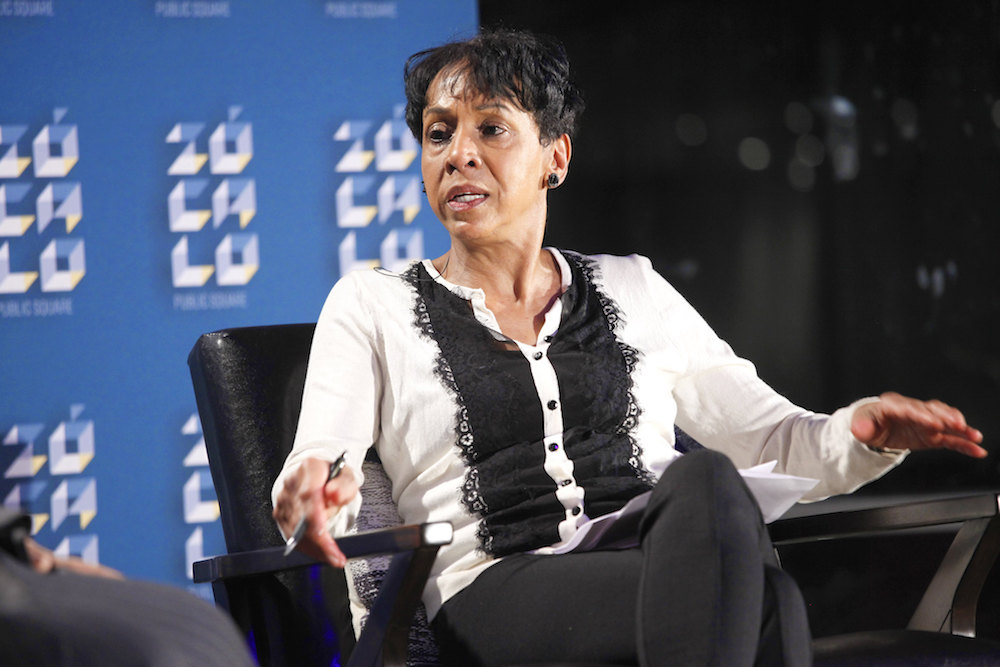 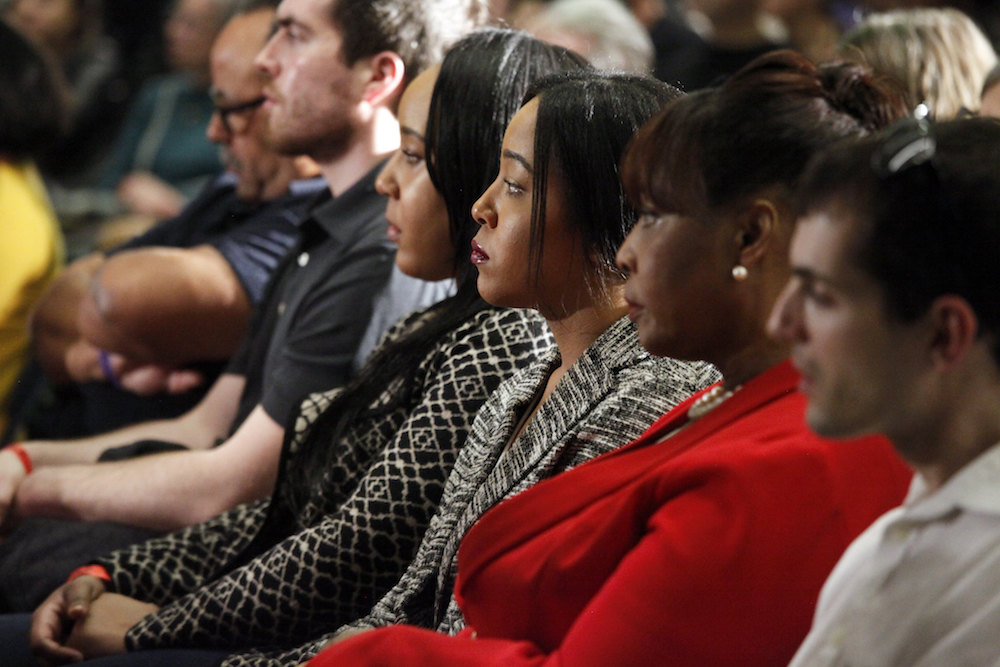 An overflowing crowd at Cross Campus in downtown Los Angeles 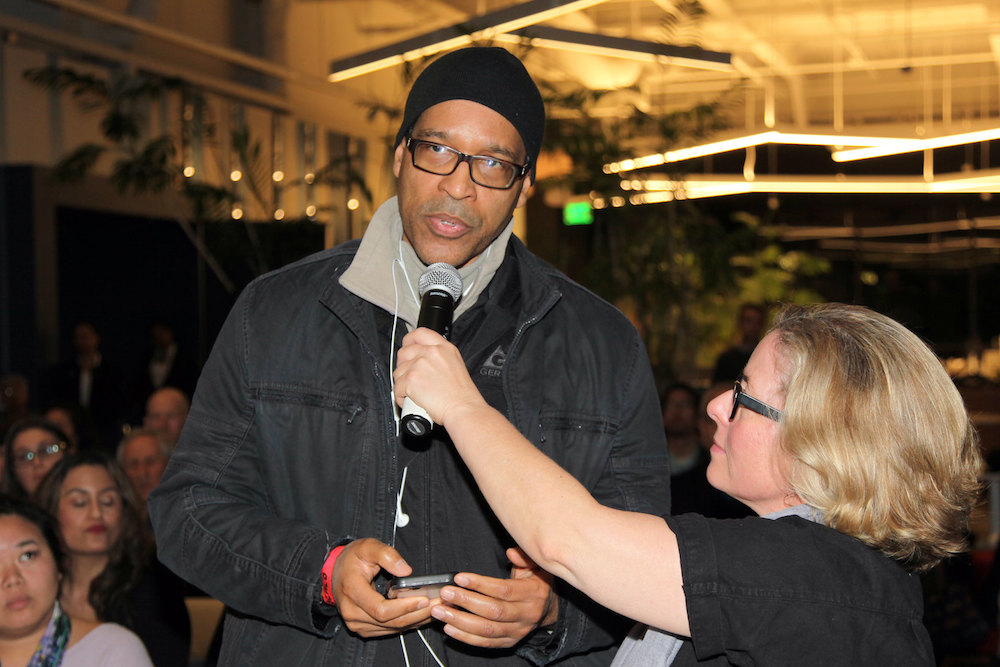 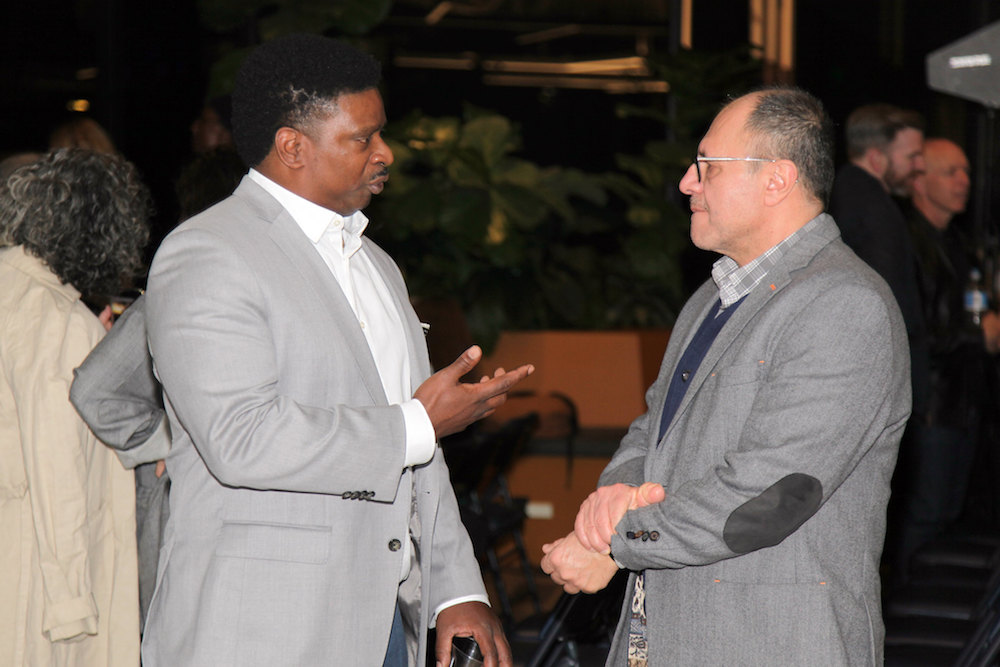 Guests continue the conversation at the post-discussion reception 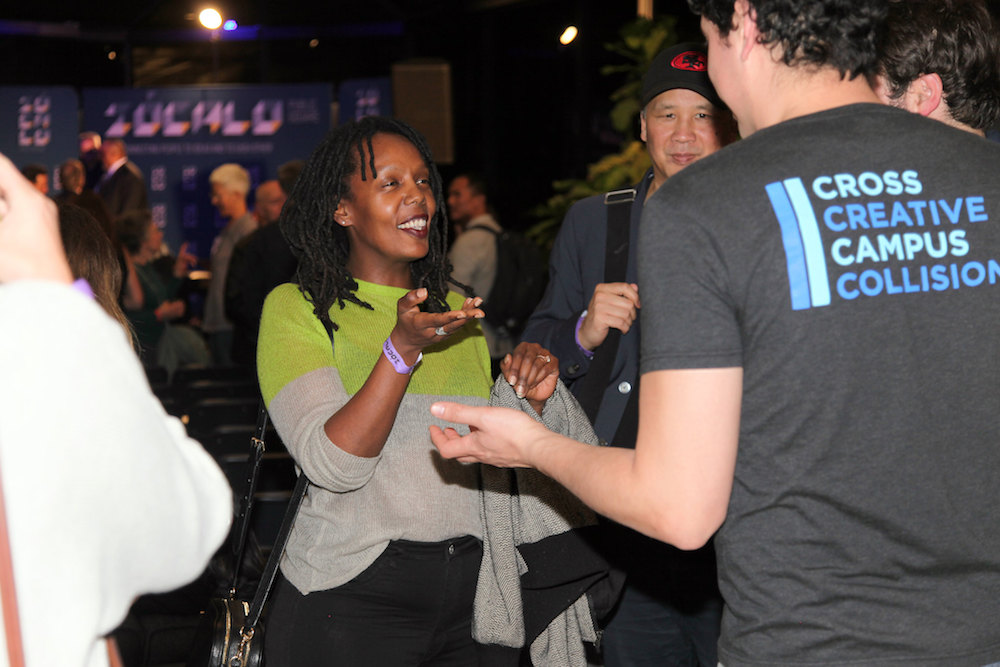