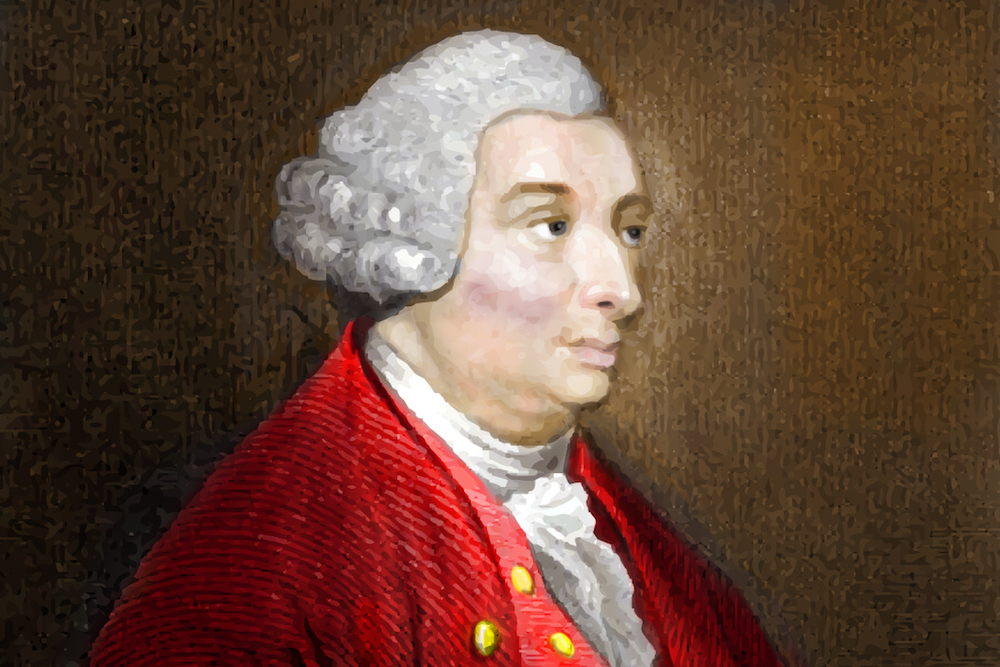 During the 18th and 19th centuries a cohort of influential individuals, including David Hume, questioned the existence of a Judeo-Christian God. Courtesy of Wikimedia Commons.

“God is dead,” Nietzsche claimed, “and we have killed him.”

Well, maybe. But who is the we here? Who did the dreadful deed, and when, and how?

The usual suspects include David Hume, Karl Marx, Charles Darwin, and the rest of the philosophers, scientists and intellectuals who, during the Enlightenment and scientific revolution of the 18th and 19th centuries, were accused of directly bludgeoning God. Since then, the story goes, the rest of the world has been slowly catching up—and as a result we have our current ‘secular’ age.

But I don’t buy it. For one thing, the chronology doesn’t fit: those were also the centuries of the Great Awakenings, groundswells of religious reinvention and renewal. Nor does the logic hold up in more recent times. The secularist surge in the West since the 1960s wasn’t caused by any new scientific or philosophical bombshells. Above all, it’s clear that European Christians had been fretting about ‘atheists’ and ‘unbelievers’ long before the Enlightenment.

In fact, anxiety about unbelief stretches back even before the Reformation, in the 16th century.

This type of early atheism is usually dismissed by historians on the grounds that it had no serious philosophical backing. And that’s true, but that fact simply shows that unbelief existed in practice before it existed in theory.

People who read and write books have a persistent tendency to overestimate the power of ideas. But how many of us actually change our beliefs or our lives as the result of a chain of conscious reasoning? The conventional story has it that philosophers attacked religion and people then stopped believing. But what if people stopped believing and then invented arguments to justify their unbelief?

If we look back at Christianity’s history of unbelief, we can see raw, unsophisticated, emotional skepticism running deep into the Middle Ages. It was driven by two things: anger and anxiety. Anger was directed at overbearing churches, interfering priests and the God who they claimed was on their side. Anxiety was about whether God really hears prayers, and whether the soul is really immortal.

Neither anger nor anxiety was a threat to a Christian society back then; they were perennial, predictable and eminently manageable.

But then the Reformation hit.

In the early 1500s, Martin Luther turned his personal crisis into a Europe-wide religious explosion by weaponizing skepticism: training Christians not just to doubt other Christians, but to mock and vilify them mercilessly, accusing them of perpetrating a centuries-long priestly con-trick. Of course, Luther’s point was to overthrow a supposedly corrupt church and set up a purified one in its place. But the trouble with arming entire populations—even if only with ideas—is that it is hard to control what they do.

And as believers caught in the crossfire were threatened with hellfire by preachers on every side, they asked themselves the once-unthinkable question: Is Hell just another con-trick? Would a good God could ever truly condemn his creations to eternal torment?

It should be no surprise that some people turned their scorn onto the new religion as well as the old. Catholics were blind, and Protestants one-eyed, said one group of French freethinkers: only they themselves were truly deniaisez. That French word meant both “enlightened” and “deflowered.” They had lost their religious virginity, and there was no going back.

Unbelief in the wake of the Reformation remained a story of anger and anxiety. Furious resentment at the churches, which were as bad as one another. Paralyzing fear that your eternal fate depended on making the choice between Catholic and Protestant—without any assurance about which one was right. But what changed was that both the anger and the anxiety now had a moral edge—as they still do today.

During the persecution and religious wars of the seventeenth century, fury at the church easily became righteous anger: Was this really how Jesus Christ would have lived? And as believers caught in the crossfire were threatened with hellfire by preachers on every side, they asked themselves the once-unthinkable question: Is Hell just another con-trick? Would a good God could ever truly condemn his creations to eternal torment? Maybe, a few people began to wonder, the most truly moral thing to do was to walk away from all this so-called religion.

The canonical founding fathers of western atheism—like Baruch Spinoza and Pierre Bayle in the later 17th century, or Voltaire and Tom Paine in the 18th—were not trying to abolish religion, but to reform and purify it. In practice, though, that could look pretty similar. Once you conclude that your house of faith is built on sand, you might as well demolish it and start digging in order to find bedrock so you can build anew. And that is not too different from just smashing it up—especially if, no matter how deep you dig, your shovel never seems to ring on anything truly solid.

These same themes of anger and anxiety run right up through the modern period and can be seen in the anticlerical fury of Karl Marx and the anarchist Mikhail Bakunin, as well as in the agonized literary doubts of Fyodor Dostoevsky and George Eliot. As ever, what truly fires those emotions is not science or metaphysics, but ethics.

In light of all of this history, the secular surge of our own times does not represent any kind of intellectual breakthrough. Instead, in the wake of two world wars and the social revolutions which followed, our society no longer measures its morals by the old religious yardsticks. Not that our new, secular moral convictions rest on any firmer foundations than the old ones.

Most of us, from the Middle Ages to the present, have always made the great choices—about our beliefs, values, identities, and purposes—intuitively and emotionally, with our whole selves. That applies to religious faith, which as we all know is often chosen for instinctive, inarticulate, intuitive reasons, but it is just as true of unbelief.

This is not because belief, or unbelief, is irrational. It is because human beings are irrational—or rather, because we are not calculating machines. The emotional history of belief and unbelief suggests that our intuition often has a certain wisdom to it. As Blaise Pascal, one of the seventeenth century’s shrewdest wrestlers with doubt, put it: the heart has its reasons, of which Reason knows nothing. He knew that we rarely choose either belief or unbelief. They choose us.