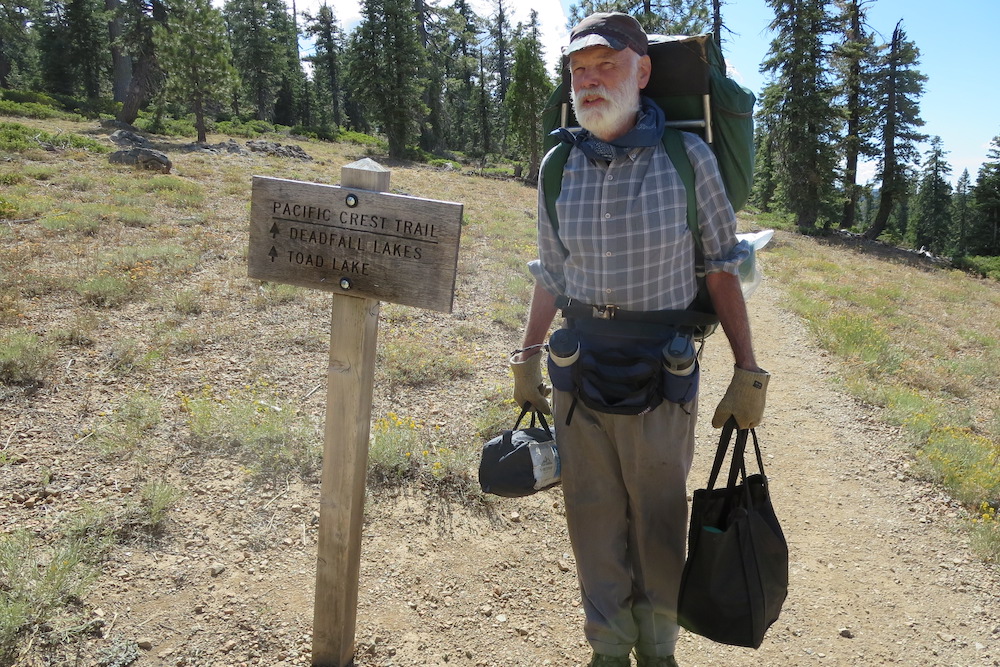 “Lonely as God, and white as a winter moon, Mount Shasta starts up sudden and solitary from the heart of the great black forests of Northern California.”
—Joaquin Miller, from his 1873 autobiographical novel, Life Among the Modocs

When you move to a new neighborhood, you scout it out. It’s all a matter of staking out territory, getting comfortable in your new surroundings. If you’re in the city, your early forays on the streets might lead you to that perfect pastry at the corner bakery, the savory brick-oven pizza from a nearby bistro, a well-lit coffee house, or a well-stocked bookstore.

I moved to Dunsmuir, in the mountain country of far Northern California, 26 years ago. After visiting several times and finding it absolutely charming, I came here for a change, to experience small-town living and more outdoors than I had in the city, and to get away from the sprawl and traffic, noise and asphalt.

Over the past couple of decades, the move to mountain country has come to mean much more than all of that. It has been a way to connect with something primal in the landscape dominated by the natural world. I find it all around me—on every forested hillside, on every winding trail.

When I landed here, I got acquainted with my new “neighborhood” by climbing mountains and exploring trails, even making my own walking paths on the mountain sides above my home in the Sacramento River canyon. On my trips of discovery, I found deer carcasses and large round piles of scat on old logging roads, calling cards left by cougars and bears. Not as savory as your city finds, perhaps, but just as characteristic of my own home region.

My walks led me to a special sacred place, the equivalent, perhaps, to a spot in your own neighborhood—maybe a secluded, leafy glade in a nearby park—that you go to when you seek peace. Mine is a place long sacred to native Northern California tribes: The upper slopes of Mount Shasta.

It is difficult to put into words the feelings I have when I climb toward the upper reaches of the mountain. It is the experience of entering a different world. I feel a powerful spiritual presence, something that transcends all the rock and ice and snow, in the same way that a cathedral, in the eyes of a believer, is much more than a pile of bricks and stone and mortar.

When I’m up above the 10,000-foot level, heading into the upper regions of snow and ice, I begin to feel the spirit of the mountain, never more powerfully so than when clouds descend from the summit and surround me in mist, in a kind of spiritual embrace made palpable.

Thousands of people come up here every year to climb to the 14,000-foot summit, but that particular goal doesn’t interest me. What I am seeking on its slopes is something less tangible. When I’m up above the 10,000-foot level, heading into the upper regions of snow and ice, I begin to feel the spirit of the mountain, never more powerfully so than when clouds descend from the summit and surround me in mist, in a kind of spiritual embrace made palpable.

In my previous life, I was a flatlander from the temperate climes of Sacramento. Moving to Dunsmuir I quickly gained a close acquaintance with snow and ice. Not only from my forays on the mountain, but on 22-mile bicycle trips to my part-time job as an English instructor at the college in Weed, just north of Dunsmuir.

There is nothing more enchanting than cycling through a landscape of snow-covered fir trees. There is nothing more painful than flying over your handlebars on an icy road. On my first encounter with an ice-covered road, I assumed, incorrectly, that applying the brakes on the downhill slope would help me stay in control. Instead, I got a mouthful of gravel. From then on, I walked the bike down ice-covered roads and have not had a tumble since. 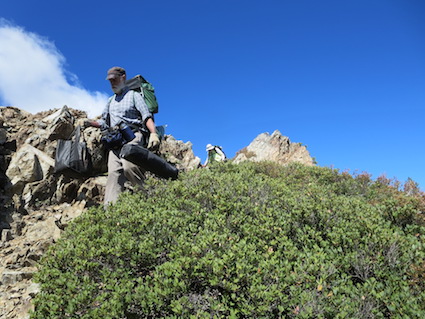 I have learned to love the change in the seasons, the beauty of a snow-blanketed town as well as a forest. And just as I’ve learned to walk my bike down icy slopes, I’ve learned to strap small chains to the bottom of my snow boots so that I can enjoy all this winter beauty from an upright position.

Pedaling along with my wife on our tandem bike, I have had the more pleasant experience of cycling through the nearby Scott Valley, one of the few flat landscapes in our region. It is a sprawling expanse of ranchland, alfalfa fields, postcard-picturesque barns, and charming little towns. One of them even has a gourmet restaurant featuring brick-oven pizzas.

This is the valley where my great-great grandparents homesteaded. They are buried on a hillside above one of those little valley towns. They established a ranch, worked hard on it, died young. My great-great grandfather Alexander Walker was only 33 years old when, one night in the stable, he got kicked in the head by a horse. He died a few days later.

I am only two generations removed from that ranch. My grandmother—my mother’s mother—grew up on it. I now live in the town where the family moved, and where my mother was born. It is nice to have these family connections to the place I live in now, but all that is in the past—all of those relatives moved out long ago, to Sacramento and cities in the Bay Area—and has little to do with why I live here now.

I am on friendly terms with many of the folks in my small hometown, and with many of the natural features of this mountain region. I have a special bond with a pine tree I’ve watched grow over the past 20 years, since it was a small sapling. Around Christmastime I worry that someone might chop it down to adorn their living room. I had an especially anxious few days recently, when timber company employees swept over the hillside where the tree lives. They were cutting down medium-sized trees as part of a wildfire-mitigation project. Fortunately, my friend was spared. I offered up heartfelt prayers of thanks.

It’s easy to see, in retrospect, where all my staking out of territory was headed. Up here I’ve come to truly understand that I’m part of a larger living world. I had to get past the cars and asphalt, all the noise and distractions, to fully realize and appreciate that connection.

Up here in mountain country, I truly feel at home.