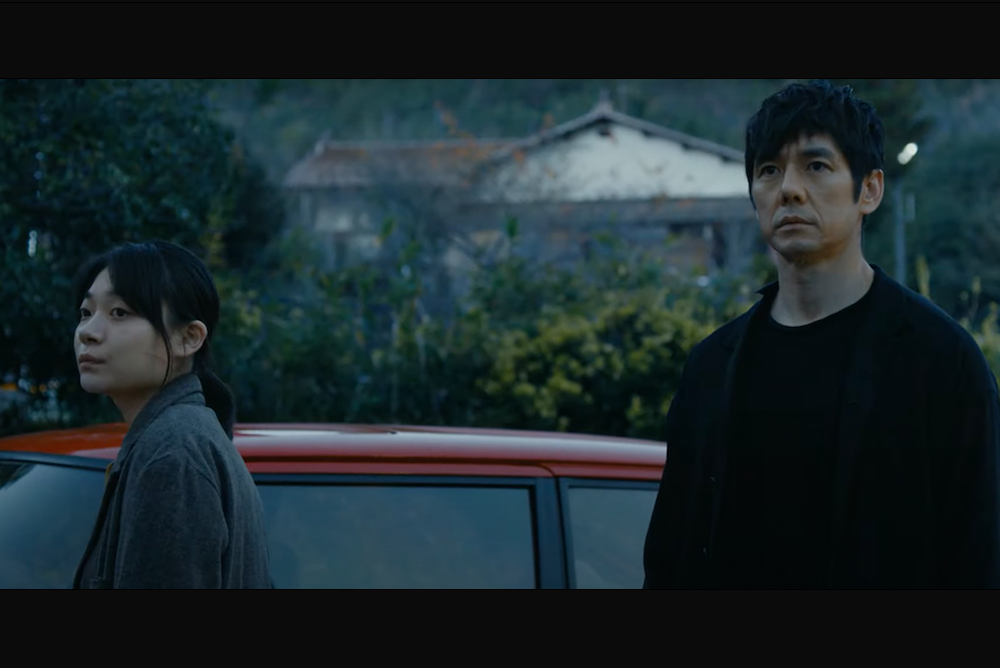 Like any great aphorism, the dramatist Anton Chekhov’s advice can be taken many ways. In our 21st century moment of constant and obsessive self-reflection, only exacerbated by the pandemic, the maxim rings truer than ever: Art and Life are not just connected—they reflect, permeate, and imitate one another.

I recently played hooky from work as a live artist to see Ryusuke Hamaguchi’s 2021 film Drive My Car. Based on Haruki Murakami’s eponymous short story, Drive My Car won the Palme d’Or at Cannes and has been nominated for four Academy Awards this year, including Best Picture. Like 2020’s Best Picture winner, Parasite, it has the chance to run the table.

But unlike Bong Joon-ho’s masterful cinematic provocation, this film plays on an entirely different strategy, burrowing down to the intertwined roots of its characters’ life and art.

Yūsuke Kafuku, the film’s main character, is an actor/director of international prominence who has a highly particular, even odd, method of staging plays—in this case, Chekhov’s Uncle Vanya. Not only does he seek a multinational company of actors, but he wants them to speak in their own languages. The actors come from all over the Far East. Although English is the default language in rehearsal, individual cast members speak the lines of the play in Mandarin, Korean, Tagalog, and Japanese. The effect is at first blush a headscratcher: How is this going to work for an audience? How are the players supposed to understand one another?

It is not quite as eccentric or exotic as it may seem. Since the middle of the 20th century, multinational companies of actors, dancers, musicians, and others have formed and traveled widely through the Middle East and Africa, Europe and the Americas doing plays that treat audiences as partners in a style that is sometimes called “a walking theater.” Among an array of legendary theater directors working in this style—Grotowski, Serban, Mnouchshkine, LePage— the preeminent practitioner is Peter Brook, known for his work at the International Centre for Theatre Research (CIRT).

In an age of movies running and trumping one another, this is very much a walking film, full of suggestion, breathing at its own pace, making the invisible visible, and stripping away artificial separations and categorizations.

Brook—like the film’s main character, named Yūsuke Kafuku—works with great texts, including those by Chekhov. And they both use non-directional directing, wherein an actor discovers on their own, without the director telling them, who or what they are. Rather, the director’s job is to attempt to call forth existing emotions and connections within the actor. As Brook has said repeatedly in discussing his acting and training techniques, “Human connection is the essence of good theater.”

In this style, the theater is not the art of imitation, but the art of suggestion. “A move from one creates a tremor from another; an impulse from a third, an immediate chain reaction,” Brook has said. What is interesting and ultimately of great importance is the relation between one thing and another. For Brook, truth in the theater is always on the move, and people from very different backgrounds can partake, understanding each other and coming together without losing their essential nature. We come to see not only the player but the audience member truly as an individual. The invisible is made visible, and we realize our fundamental humanity beyond surface differences.

Easier said than done. But the exercise of investigating classic texts in this manner has made for some of the great art of the late 20th century, climaxed by Brook’s productions of Chekhov’s The Cherry Orchard and Vyasa’s The Mahabharata at the Brooklyn Academy of Music.

These were emotional experiences as much as productions. For one thing, they were long; The Mahabharata ran well over five hours. With Chekhov, Brook cleared not only the stage but the entire theater space, leaving only the bare audience seats, thus creating a shell without artifice shared by the actors and the audience. In its 1988 review, the New York Times said: “By banishing all forms of theatrical realism except the only one that really matters—emotional truth—Mr. Brook has found the pulse of a play that its author called ‘not a drama but a comedy, in places almost a farce.’”

In this kind of work, categories fall away.

In the decades since those Brook productions, art has gone in different directions (as it should), and the experience of non-directional theater may well feel foreign for many people. Yet this kind of work creates powerful resonances in 2022, in the midst of our own present moment of polarity, around the world and in our own communities and families. It is harder than ever for us to simply sit together, breathe the same air, and enjoy our interconnectedness.

Our technology sorts us by category, separates our likes and dislikes, anticipates our choice-making based on past purchases and searches, and stresses our peculiar tastes, hermetically sealing us from new or different tastes. Our politics are tribal. Our economy is unbalanced. And nowhere is the wicket stickier than with the question of race.

The stress keeps separating us, striating our heart muscles. And that separation keeps us dependent on surface opinions and judgements of who is with us or against us, and of what is worthy of connection. All the resulting noise of our era leads us to facile conclusions and pat expectations. And so we find it more difficult to receive, harder to breathe, and nearly impossible to reconnect to our intertwining underground roots.

Perhaps that is why Drive My Car feels like an exercise in non-direction. In an age of movies running and trumping one another, this is very much a walking film, full of suggestion, breathing at its own pace, making the invisible visible, and stripping away artificial separations and categorizations. It may tonally be a drama, but it has elements of comedy and farce. It doesn’t tell you how to feel, but it does ask you to walk alongside—or, in this case, ride along in the car.

There is no real reason to do the kind of work Yūsuke Kafuku does, unless you want to learn something new—about yourself and the person sitting next to you, whether you know them or not—and unless you’re willing to let go of the wheel.

Letting go is precisely what happens through much of the film, particularly in the Uncle Vanya rehearsals. The work between the actors has gotten so minimal as to be telepathic. No one is telling them, or us, how the world works or how to feel about it. We are not being talked at. But we are being included directly in the investigation. We have been given license to enter the discussion.

“Umuntu ngumuntu ngabantu” is a Zulu phrase made popular worldwide by the likes of the late Desmond Tutu and Nelson Mandela in the 1980s and 1990s, as they broke down apartheid in South Africa and strove to forgive the sins of their former oppressors. Although it can be translated many ways, the phrase basically means that a person is a person through other persons: “I am because you are—and since you are, definitely I am.”

Shared aims, shared needs, shared loves, and shared losses. A certain light appears, and something special begins to happen, something we would never have thought of alone, on our own. We live it together.

Putting on a play, writing a short story, making a film, or forgiving the guilty, takes work—lots of it. But when we experience that work as play, then it doesn’t feel like work anymore.