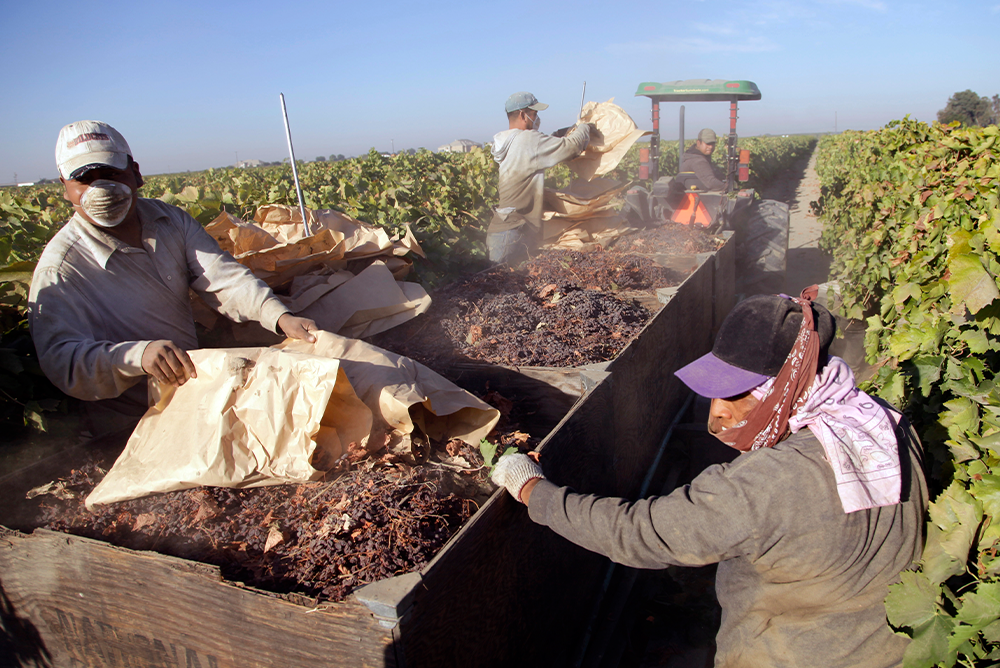 
For the last five years, I’ve researched Valley fever at a multidisciplinary lab at the University of California, Merced. This experience has convinced me that for my work to pay the greatest dividends for society—and to do the most to fight this terrible disease—it must take place in direct conversation with community members, clinicians, industry, and policymakers.

Valley fever is a respiratory disease caused by the Coccidioides soil fungus, which is common in the American Southwest, including Arizona and California’s Central Valley. People who work with soil in agricultural fields, construction, and landscaping are particularly at risk. Symptoms resemble those of respiratory diseases like the common cold or flu: coughs, chest pains, fevers, and body aches. This can make swift and accurate diagnosis difficult. Valley fever is estimated to kill about 200 people per year, though the true number is probably higher. In California’s Central Valley, infection rates are 90 times higher than they are in the northern part of the state—a disparity that is exacerbated by the region’s low ratio of physicians to patients.

The heavy burden of the disease in the Central Valley created the impetus for an unusual interdisciplinary collaboration between clinicians, researchers, community members, educators, and local policymakers. In 2018, two state legislators from the Central Valley city of Bakersfield, Vince Fong and Rudy Salas, proposed a $7 million bill to research and raise awareness about the disease. The bill included $3 million for the University of California to share funds between major research groups, allowing scientists who had been competitors to become collaborators—and to reach out to community partners as well. Working together, seven labs from five UC campuses split up the funding allocation.

I first experienced this new, inclusive dynamic as a grad student, when I attended a Valley fever health symposium hosted by the Bakersfield Disease Group, a local advocacy group, in 2018. As I took my seat, I noticed that the 70 or so attendees included folks in pressed suits and people in t-shirts and jeans; some showed up in work clothes, with mud still on their boots. Local elected officials updated us on legislation in the works to promote better public health education through schools and doctors’ offices. Clinical and biomedical researchers presented their work, and took audience questions. Valley fever survivors told personal stories about the difficulty of getting a diagnosis and dealing with medical bills. One described how they could barely sit up most days and rarely got out of bed.

After the programs wrapped, the symposium set up a dedicated time and space for everyone to collaborate—a ritual that made communication the norm, rather than something individuals had to seek out. It was a model of open collaboration, grounded in our common goal of fighting Valley fever.

Now that I had directly seen how the disease affected individuals in the Central Valley, the magnitude of what I wanted to accomplish weighed on me: I wanted my work to make a tangible impact on the community I resided in.

A month later, I joined the lab of UC Merced immunologist Katrina Hoyer—who had long sought to bring in diverse voices and had lobbied for the increased state funding—as her first Valley fever graduate student researcher. The symposium was on my mind as I outlined my thesis and planned experiments. Now that I had directly seen how the disease affected individuals in the Central Valley, the magnitude of what I wanted to accomplish weighed on me: I wanted my work to make a tangible impact on the community I resided in, and I wanted it to happen during my graduate career, not decades down the line.

At the 63rd Coccidioidomycosis Meeting, at UC Davis in 2019, I came to realize how the collaborative environment could make me a more effective researcher. After my first presentation on immune responses that follow inhalation of the fungi, a doctor treating patients at UC Davis’s Center for Valley Fever challenged some of my descriptions and data.

This, of course, was stressful for a new graduate student. But the physician followed up afterwards, and contextualized his question: If my immune cell definitions did not make sense to healthcare professionals working directly with patients, it would limit the applicability of my work.

I had originally thought of my data as something only scientists could use and appreciate. Until that data culminated into a body of knowledge “big enough” or “significant enough,” it would remain too specific, too esoteric, for anyone else to find it useful. But this interaction with a senior clinician taught me that conducting “good science” was more than following protocol—it meant making science that others could immediately use, too. I needed to be more critical of how I was interpreting and presenting the research. My work could have much more reach and impact if I used accessible language. This lesson was invaluable, and I don’t think it would’ve been possible if it wasn’t for the collaborative learning environment that Valley fever fosters.

The study of Valley fever is characterized by a sense of urgency. More people are moving into regions where the fungus is endemic, and the fungus itself is expanding its range. When I first entered graduate school, I was convinced I would remain in academia for my career, but thinking about Valley fever’s increasing impacts made me anxious to do more. Seeing my impatience, Dr. Hoyer steered me towards places where I could provide direct service to the community. Though I was only required to give two public talks for my graduate program requirements, by the time I finished I had given about 15: workshops on an introduction to fungi with excited elementary students, research updates with community educators, and policy presentations to local elected officials.

The collaborative community around Valley fever inspired me to leap into the gap between science and policy. Tests and treatments for this disease may be years away. So, I’ve come to believe that the most pragmatic thing I can do in the meantime is to get involved in science communication and policy, and to continue reaching out to diverse groups of stakeholders.

This approach offers benefits across the board. Funders have the potential to transform research impact by involving diverse communities in deciding what research is conducted. Policymakers can look for ways to ensure that disease research stays attuned to community needs. And researchers can begin to build deliberate places for public discussion into conferences, meetings, and even at their home institutions. Our work would benefit from creating shared, “sacred” time for collaboration, instead of squeezing in such conversations in a hurried and rushed manner, between other obligations. And rather than gearing these social spaces only towards researchers and their work, we should invite industry, policymakers, and community members to join as collaborators rather than merely as vendors or passive listeners.

As both Valley fever and COVID have demonstrated, infectious disease impacts all parts of daily life; the response must also be multifaceted, encompassing research, education, policy, healthcare, manufacturing, distribution, and the broader community. The sheer scale of the task implies the need for broad and diverse communication and collaboration across all parties involved, and researchers like me should not wait passively for outside institutions to take the lead. We must foster strong dialogue between traditionally separated parties. The future of science is in all of our hands.