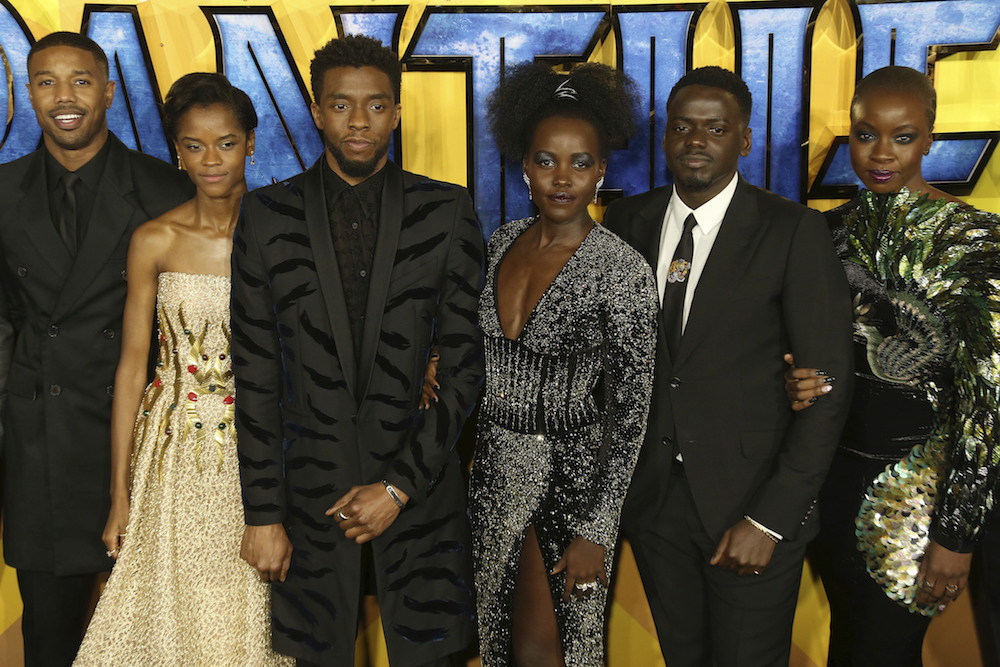 Marvel Studios’ Black Panther has done more than flex international box-office muscle while earning critical raves at home and overseas. The superhero blockbuster also has shaken up Hollywood’s long-held myth that big-budget popcorn flicks about black people, with largely black casts, couldn’t pull in crowds in places like Asia, Russia, the African continent—or even white American audiences. Despite the proven crossover appeal of movies like Beverly Hills Cop and The Color Purple, and the global fan base of stars like Will Smith, Angela Bassett, Denzel Washington, and Samuel Jackson, the major studios too often confined black talent to a celluloid ghetto of stereotyped storylines and clichéd characters. But writer-director Ryan Coogler’s film has become not only one of the highest-grossing movies of all time, across all audiences, but also a significant cultural event, inspiring storytellers of many different types and sparking debate among activists and scholars about the politics of its underlying themes and messages. What will be the long-term impact of this phenomenon? Is this just old school commercialism with a new face, a tectonic shift in cultural representation and opportunity, a one-time aberration, or something else? Black Panther executive producer Nate Moore, UCLA Dean of Social Sciences and author of UCLA’s Hollywood Diversity Report Darnell Hunt, Duke cultural historian and host of the webcast Left of Black Mark Anthony Neal, and Afrofuturist novelist and screenwriter Tananarive Due visit Zócalo to discuss whether Black Panther could upend business-as-usual in Hollywood.

The global success of, and acclaim for, the film Black Panther reflect greater inclusiveness and openness to different stories within Hollywood—and could inspire even more changes within the industry. That …