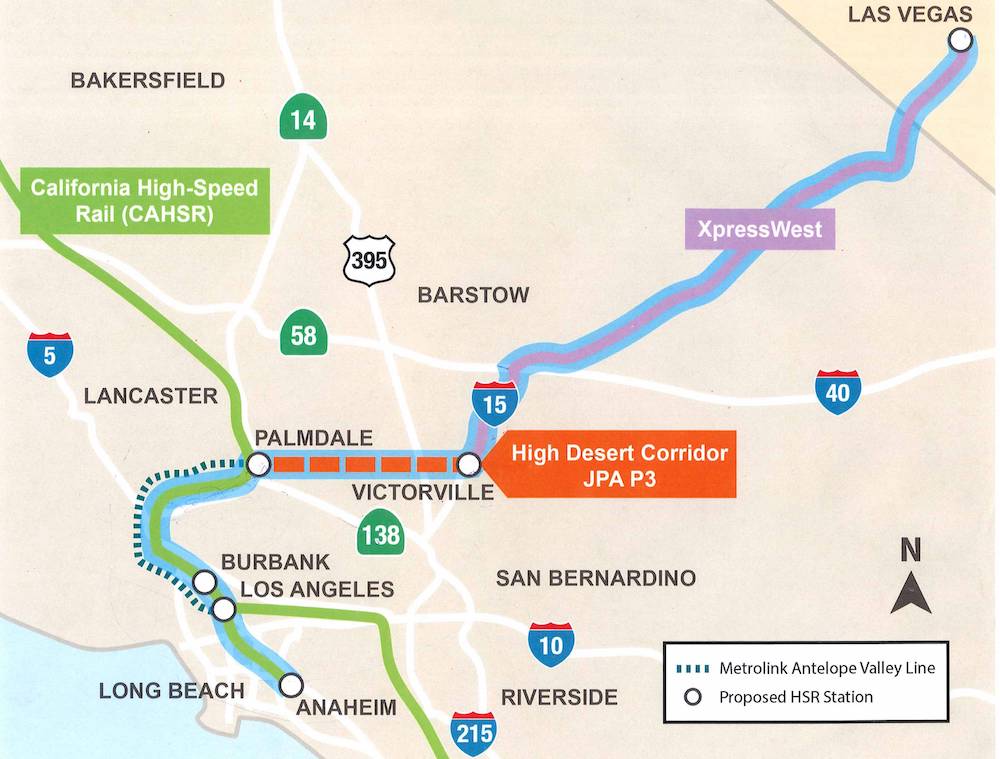 Assuming you don’t have the power to set off a major earthquake, your best bet would be to connect the two small desert cities of Palmdale and Victorville.

These two working-class places aren’t often associated with political power; but building world-class infrastructure to bridge the 50 miles between the two cities might be the most powerful current idea in California. Strong Palmdale-Victorville connections could transform Southern California’s traffic and economy, boost the West’s energy markets, and reconfigure the path of American trade with Asia …