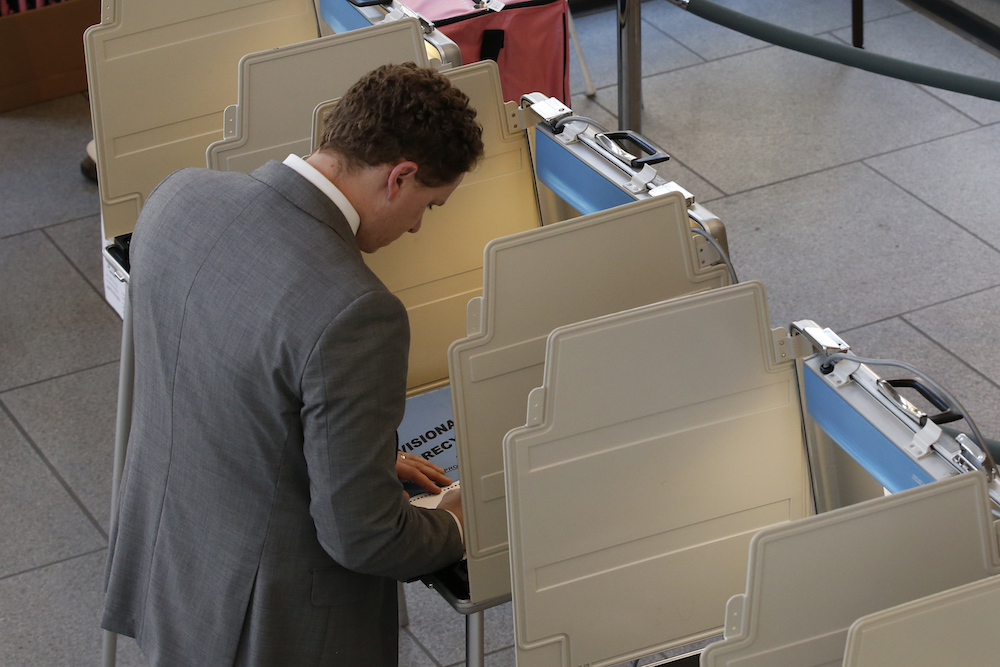 It has never been easier to vote in California than it is right now.

And it has never been harder to figure out what to vote for.

In one sense, the March elections in California represent the culmination of several years of herculean efforts to extend Californians’ voting rights. Not long ago, California had one of the lowest voter …

Political polarization has spread across the globe. The ensuing ideological purity might make each warring faction appear stronger, but in reality, hyperpolarization weakens parties by making them less appealing to …

Not long ago, a homeless man wandered into a restaurant on the ocean promenade in the city of Ventura, California, and stabbed to death a young man who was eating …

One recent Sunday night, I stopped by a Wendy’s in Colton, a gritty San Bernardino County logistics crossroads (pop. 52,000) best known as home to one of America’s oldest and …

Just a few decades into the latest wave of globalization, the “nation-state” is striking back with a vengeance. From the United States and the Russian Federation, to Hungary, the Philippines, …

The early rap on men who found themselves married to hard-working, hard-core suffragists must have been downright humiliating. Cartoonists portrayed them as gents in tie-and-starched-collared misery, shirtsleeves up, infants in …