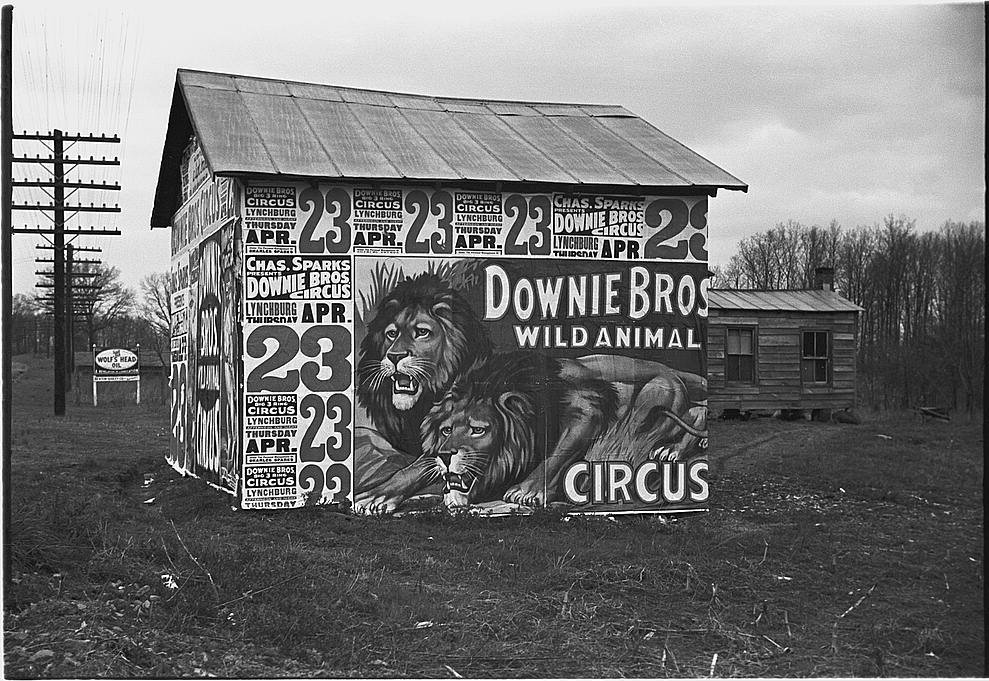 Dancing in the Dark: A Cultural History of the Great Depression 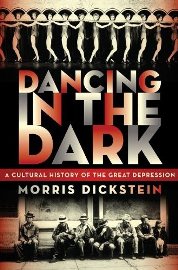 Early in Dancing in the Dark, Morris Dickstein wonders if he is qualified to write about the 1930s, a decade he didn’t witness. But his birth date makes him peculiarly qualified, too.

On February 23, 1940, Dickstein was born, and Woody Guthrie – “Shakespeare in overalls,” populist hero – wrote “This Land is Your Land,” an angry response to Irving Berlin’s overbearingly patriotic “God Bless America,” and the most iconic of American folk songs.

Dickstein doesn’t dwell on the coincidence or the much-discussed Guthrie tune; it’s one line late in a book with big scope. Dickstein captures the decade’s contradictions as expressed through its art – collectivism and individualism, the grimness of rural poverty and the flash of Hollywood – and its impact on American life since. He mines the Depression for its cultural gems: the movies, songs, books, and photographs, some well-known and well-loved, some overlooked and undervalued. He pores over them minutely, magnifying the clever rhymes to tunes we’ve hummed for generations, catching how they reflect the rich artistic world and political currents of a dark decade.

Despite what Dickstein calls the “split personality of Depression culture,” some of the disparate works he examines were made possible by a common and crushing fact of poverty: it collapsed American myth and convention. The Depression sent the Horatio Alger tale to the dustbin. The fact of poverty, and of deep insecurity even in the upper classes, combined with the lingering influence of 1920s modernism, created a Depression-era individualism shot through with doubt, unflinching self-reflection, and skepticism, often written by outsiders. Traditional morality, too, fell apart.

Jewish writers like Michael Gold and Henry Roth, however much they told of their impoverished communities to illustrate broadly the burden of poverty, also wrote with “an insistence on the individual character of all witness, all perception.” James Agee peered into lives of the poor without letting us forget he was the observer. Nathanael West wrote viciously of the bored rather than the poor; his characters needed, Dickstein jokes, a “New Deal of the soul, not the dole.” F. Scott Fitzgerald, more often associated with the 1920s, wrote in the Depression with what he called the “authority of failure.” Richard Wright’s Native Son captured the author’s “deeper pessimism, his sense of nada, of isolated men in a world stripped of stable values and idealistic goals, who could justify themselves only by individual acts of self-definition: acts of courage, grace, brutality, or fortitude.” The hardboiled novelists played on the same sentiment, Dickstein argues in one of his characteristic allusive leaps, as did the French existentialists.

Heroes of gangster pictures often hailed from immigrant families and lived on film what came to be the new American success story: one that had to occur outside the law, and thus one that carried within it the seed of its own end. Dickstein cleverly threads the demise of the gangster flick and the rise of the starlet story, the good girl who makes it big. The milieu is more glamorous, and the movies could be labeled escapist (as they so often are), but as Dickstein shows, they profoundly reflected the time. Showbiz success had little to do with business success – it was all luck, or the sleight of hand of a powerful man. Like so many lives then, the fame story was shot through with the fear that it would all vanish as quickly as it came. The epitome of the new American success story, in Dickstein’s mind, is Citizen Kane, which he calls not the first movie of Hollywood’s new era but the last film of the 1930s.

Dickstein seems at his most exuberant when he discusses the light-footed lyricists of the time. Their songs and musicals and screwball comedies pushed toward the future with their craving for speed and mobility. Dickstein loves their playful rhymes (“irreplaceable you” with “silk and lace-able you”) and their open darkness and bucking of norms (“I Get a Kick Out of You” is far from sweet, and “Anything Goes” goes “The world has gone mad today / And good’s bad today, /And black’s white today, / And day’s night today”). He likes the hidden jab when Fred Astaire sings in Top Hat-in a breathless and happy tone, from an untouchably elegant cinematic world – “I’m steppin’ out my dear, / To breathe an atmosphere that simply reeks with class.” And he loves what audiences then loved – that the songs found the one solid thing left. As the Gershwins say in “They Can’t Take That Away From Me”: “The Rockies may tumble, Gibraltar may crumble, / They’re only made of clay, / But our love is here to stay.” So’s the art.

Excerpt: “In these first years of his marriage the reticent Bing, often seen as emotionally closed off, gave voice to heartache with the masculine torch song. Yet these songs also have a larger cultural resonance, for Bing recorded them at the low point of the Depression in 1931-32, and they spoke for the nation’s mood as much as for his own. This becomes almost explicit in his fiercely romantic recording of ‘Dancing in the Dark’ (1931), from Arthur Schwartz and Howard Dietz’s revue (written for Fred and Adele Astaire – her last show) The Band Wagon. This song has often been performed as if it were simply about dancing, as Sinatra, of all people, recorded it in 1958. But Crosby gave full play to its darker shadings. His version encompasses, yet goes beyond, the dance floor; vividly, it evokes a sense of the darkness surrounding our lives. Working on many levels, it could refer just as easily to the darkened ballroom, our own darkest feelings, the existential limits of the human condition, or the ongoing troubles of the Depression.

Looking for the light of a new love,
To brighten up the night, I have you love,
And we can face the music together,
Dancing in the dark.”

Further reading: Gates of Eden: American Culture in the Sixties

and The Defining Moment: FDR’s Hundred Days and the Triumph of Hope

*Photo courtesy The Library of Congress.