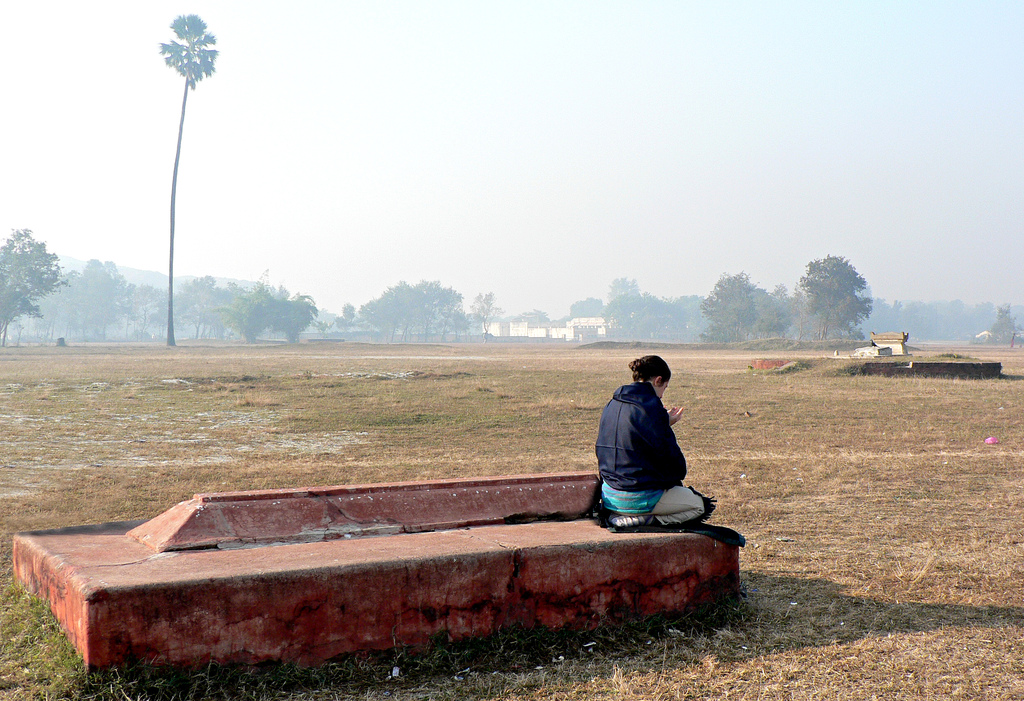 George Bonanno began studying bereavement by chance, when a renowned trauma researcher offered him a job heading a study in San Francisco. “I thought it was kind of a creepy topic,” he admitted. “I was younger then, and younger people tend to think it’s creepy. They’re more interested in it as they get older, for obvious reasons.” Bonnano found the research on bereavement at the time lacking. “That struck me as odd, and incredibly interesting. This is a psychological phenomenon we all go through, often many times,” he said. Soon, he found that his research was at odds with traditional theories. He chatted with about his new book, The Other Side of Sadness

, how we cope with grief, why the five stages may hurt more than they help, and what we can learn from the more elaborate mourning rituals performed throughout the world.

Q. Why had so few people studied bereavement? Was it just a difficult topic to study scientifically? 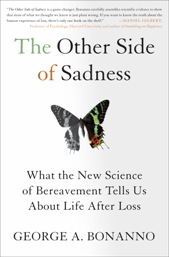 A. I don’t have a perfect answer. It’s a topic that was relegated primarily to the clinical realm. It may have been just a historical trajectory. Trauma hadn’t been studied much either. The broader category of trauma is very elusive and difficult to study. The Western world has been very confused about trauma for a long time. And bad things happen all the time. People have to go through horrible things – they have to fight wars. To study these things, to acknowledge them, is a bit of a dangerous endeavor. The military is very ambivalent about trauma and probably always will be. It’s hard enough to sell wars without acknowledging trauma. In 1980, trauma had become a recognized thing. The DSM [Diagnostic and Statistical Manual of Mental Disorders] for the first time recognized trauma in the category of post-traumatic stress disorder. For the first time, people began to look at bereavement too. There was a trickling over to bereavement. That was around the time I came on the scene.

Q. What theories of bereavement existed before your research?

A. The main theory I’d come across was the grief work model – the idea that recovery from loss, that getting over the experience of grief, is a very effortful process that requires the person to work through, deliberately, all the memories and associations you have for a person. Freud was really the first to talk about this in 1917. He didn’t talk about it much, but it became a common idea, that you had to do this laborious process until your mind really accepts the idea that someone is dead and gone. The failure to do that means you’re only grieving longer, or in a delayed way. There was a compatible idea in the lay literature that there are stages of processing. I didn’t focus much ever on the stages, and even in the book I didn’t really mention them until I began to shop it around and everyone asked, “What about the stages?” I thought, “Does that idea even matter anymore?” Apparently it did. Those were the two primary ideas.

But we really see nothing like that. Most people get over loss fairly quickly. That doesn’t mean they don’t suffer – most suffer in an intense way, and intense sadness does its job in a few days or weeks. I don’t mean to imply that people have a few bouts of sadness then they’re done, but they do most of it right away. There may be lingering sadness for years, but regaining the ability to get on with your life – that happens pretty quickly. It makes sense because of how we’re wired for survival – we wouldn’t be able to grieve for months. We’ve been nomadic until recently. Primates don’t sit around moping for months, and if they did, they would perish. It’s not that we stop hurting, but we get back to functioning, and not in a begrudging way. It’s not always the case of course. We wouldn’t want to make the opposite error of saying everyone should grieve one way.

Q. How do you measure resilience, and how would you argue against those who say that people who start functioning without “grief work” are just repressing?

A. We really measure people’s mental health. We look at their ability to function, primarily. When I say function, I mean to refer back to Freud, a brilliant statement of his that to function means to work and love. That’s what a healthy person can do. Work means being able to concentrate. You need to be able to keep focus on something. Love means you’re able to be emotionally available to other people. If people can do those things they’re reasonably happy. We measure that – we measure psychological symptoms, mental health, and the ability to concentrate. A resilient person can do it in a few weeks. They do it consistently over time. A better phrase for resilient, though it doesn’t role off the tongue, is a stable trajectory of healthy functioning. That’s how we define resilience.

Earlier in my career, I was younger and had less of a reputation as a solid researcher. Now they take [the research] more seriously. We’ve been finding the same thing for 15 or 20 years. Earlier, the common answer was, “They’re repressing, and they’re not healthy.” We’ve gone to great lengths to demonstrate that’s not the case.

Q. You mentioned earlier that the Western world is uniquely confused about trauma. Why is that?

A. Probably because of science, which is ironic, really. In the Eastern world, where there are collectivist cultures – and this is increasingly less and less true, the world is slowly becoming one big homogeneous place – you have very old traditions for mourning. In East Asian cultures, Indian culture, you have people doing more or less the same things they did 2,000 years ago. These ceremonies and rituals are designed to help us cope with loss. They usually have an implicit belief of connection to the afterlife, some connection between the living and the dead, because they have arisen out of a very old spiritual system. The Hindu ideas touch a little bit on reincarnation. Chinese mourning has a lot to do with the ability to interact with ancestors. People in those cultures don’t necessarily believe those ideas anymore, but they don’t go to great pains to dispel them either. In Western culture, a couple things have happened.

One, we’ve become obsessed with the individual. A lot has been written about this, that since the Industrial Revolution we’ve come to worship individual feelings and individual autonomy and freedom and the ability to earn wages. We’re very much reluctant to endorse any kind of traditional ritual or behavior, because it makes us less autonomous. You have to suspend your individuality in a traditional ritual.

Two, it seems silly from a scientific viewpoint. We know it’s not true, so we just don’t do it. We’re almost embarrassed by ritual. I find this intriguing. I talk about it a bit in the book, and it was hard for me to write because it was more subjective. When I was traveling, particularly in China, I really had the sense that people there have the luxury of engaging in these rituals. They don’t necessarily take them that seriously, or believe in them, but they engage in them. There is something enormously comforting about these old rituals, these mourning practices, even if you don’t think about it too much. It’s almost as if you take the stages of grief and say, I don’t believe in that, but I’m going to do this ritual, and that would actually be really comforting. But we in the West say either it’s scientifically valid or it’s not. So we end up saying the stages are true when they’re not, and if we treated it as ritual, we’d be better off.

In China, the ritual is very comforting. They’re pleasant to be involved in. They were easy-going and light, they weren’t lugubrious or serious. One could willingly participate and not take it that seriously. I found it very comforting. We could use a bit of that in the West. I don’t know how that would come about.

Q. Is that how you would change the Western world – is that what you’d like to see happen with your book?

A. I would love to have some positive impact that way. I’d be delighted, I’d die happy. I work very hard and it’s because I think this stuff is really important. It’s not just a scientific question for me. I feel like the traditional ideas on bereavement may be comforting, but they’re also harmful for other people. We would get a lot of questions about very healthy practices that people think they shouldn’t be doing, that relatives or loved ones are dissuading them from doing. If people love someone, and they die, and they find themselves six months later with somebody else and feel they shouldn’t do that – there’s no reason not to do that. If they feel they’ve moved on, that they’re healthy and even though they mourn, there’s no reason not to be healthy and happy. We actually prohibit ourselves from doing that. We feel it’s not appropriate, or we’re not honoring our loved ones. I’ve learned from doing this research that it’s OK. Part of the research that I do, which I haven’t touched on yet, is that I study laughter. We find it almost always has positive effects. We study the face. Using facial muscles, you can get a much more interesting perspective on things. You get much more realistic data. We find continuously that the ability to laugh and smile is adaptive. I’ve had people ask if it’s OK – my son seems like he’s not grieving enough, is there something wrong. I think it’s important for people to know that science shows if you’re done with grief, you’re done with grief. Laughing is good.

*Photo of the Tiger’s Grave in Jamalpur, India courtesy premasagar.