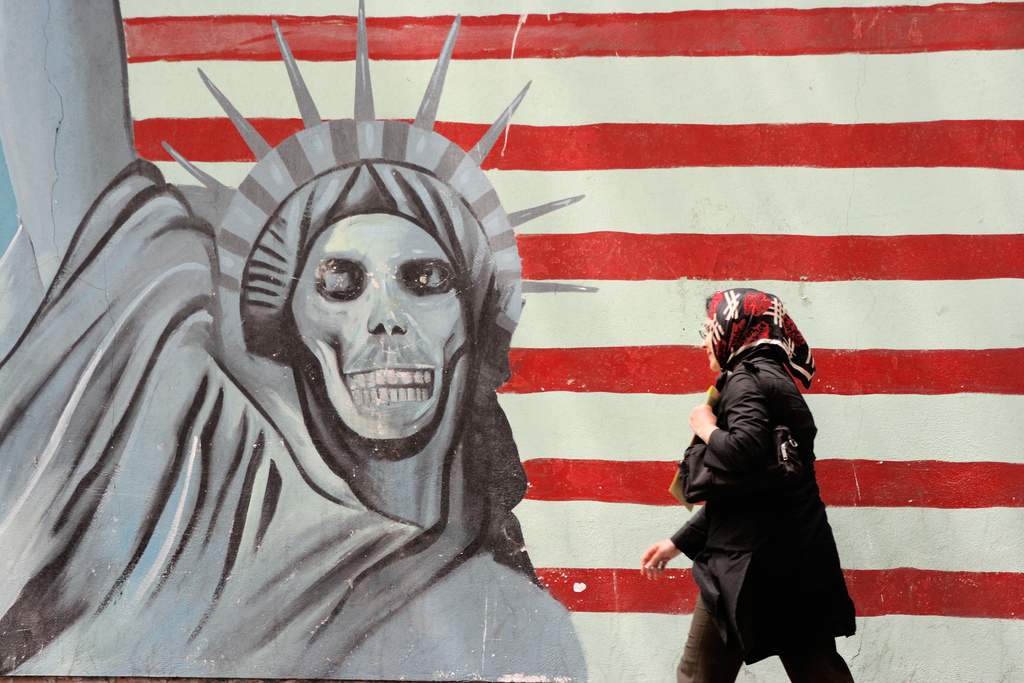 Beyond America’s Grasp: A Century of Failed Diplomacy in the Middle East 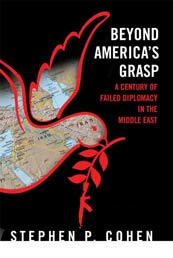 It is essential, as the saying goes, to “know thine enemy.” Citizen diplomat and social psychologist Stephen P. Cohen has a different message: Know thine history.

From the prologue, Cohen’s book is jam-packed with facts. He covers the 100 years of diplomatic history between the United States and countries of the Middle East, detailing exhaustively the political events that affected American relations with Middle Eastern nations. Beginning with President Woodrow Wilson’s anti-imperialist stance in the 1919 Paris Peace Conference, Beyond America’s Grasp chronicles the let-downs and mistakes that have created relationships of distrust.

The gist of the history is this: The legacy of World War I in the Middle East is of imperialist control, resulting in a kind of nationalism more centered on ousting foreigners than building states. America’s foreign policy in the region never recovered. Wilson’s high ideals ultimately became the high expectations that created great disappointment with and distrust among Arabs. American policy in Egypt, for example, suffered from “the narrow lens of anti-communism” during the Eisenhower administration. It did not take Colonel Gamal Abdel Nasser’s pan-Arab ambitions into account, and thus failed to create a good relationship with the strategically important country. America long used Iran as a chip in its relations with other countries – Britain, the Soviet Union and Iraq – rather than engaging with the country itself. And in Saudi Arabia, Cohen calls for broader engagement than just oil agreements. These history lessons are a cautionary tale for those who view today’s foreign policy solely as an element of the war on terror. “One can only hope that Saudis and Americans will both have a second wind of rationality about the mutual importance of their relationship, which has grown far beyond the bounds of its origins,” he writes.

This kind of rationality, says Cohen, should result in foreign policy that addresses the aspirations and beliefs of people in the Middle East and considers the need to build strong nations. Diplomacy should not have been centered solely on America’s global aims, and military approaches have proven unsuccessful. “We can only hope that the United States will now understand that going from the war of ideas to the peace of ideas requires engaging the leading intellectual, spiritual, and cultural resources of our society and those of the Muslim and Arab world and getting beyond the stranglehold of a triangle of the conflict among the United States, the Arabs, and Israel,” he writes.

Early on, Cohen admits to having once been a proponent of high ideals that cannot always stand straight in the real world.  He has a long and storied history, and has negotiated with many of the leading characters in the narrative that he creates. His personal experiences rarely make an appearance, however. He does not revisit his own philosophical struggles in any real depth, which makes it difficult to understand his view of what diplomacy should be. What kinds of ideals can survive ground realities and what kind lead to disappointment and resentment? Beyond America’s Grasp offers a comprehensive history, but does not address the nuances of these diplomatic questions. Cohen does not make an easy connection between his history and what should be done today. Rather, he drives home the point that in order to devise a good strategy in the Middle East, the question, “How did we get here?” is paramount.

Excerpt: “The short perspective of time in American society, where each presidential administration is seen as a separate historical era, only foreshortens the ability to link phenomena and understand them in sufficient depth, rather than as personal foibles of particular presidents. We emphasize so much the distinctions among the presidents – Reagan, Bush Sr., Clinton, and Bush Jr. – that we cannot see how the problematic world relationships we suffer over the years are linked. The defeat of Saddam in 1991 and the rhetoric of Arab nationalism to a new shrill intensity in the Saddam form were the true links of Al Qaeda to Iraq – not the operation link that the George W. Bush administration heralded.”

Further Reading: A Peace to End All Peace: The Fall of the Ottoman Empire and the Creation of the Modern Middle East