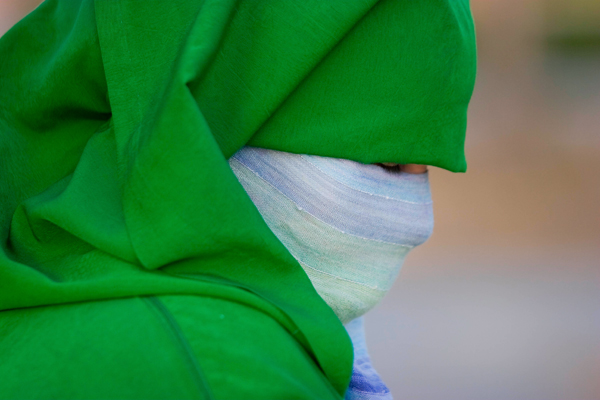 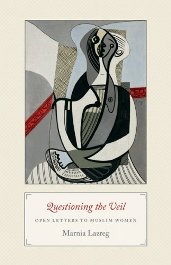 If Muslim women’s bodies represent the war of ideas about Islam, the veil is the greatest battleground. The way Muslim women dress has raised much anxiety in the world, enough for France to ban headscarves in public schools and Saudi Arabia to require that women cover themselves head to toe.

To Marnia Lazreg, the issue is of utmost importance – she is a soldier in the trenches. A sociology professor at Hunter College, City University of New York, she grew up in a Muslim family in Algeria. The letters that make up Questioning the Veil are a personal appeal for women to shed the veil. They are a series of powerful anecdotes, beginning with one about Lazreg’s own mother, who could not leave the house without her veil to protect her daughter from bullies. Her manifesto flies in the face of the elites and scholars who have reclaimed the veil as a symbol of women’s liberation and agency. It is a short book that articulates what about the veil, from the hijab to the burqa, can be so damaging to women, their identities and everyday lives.

Central to Lazreg’s argument against the veil is the assertion that veiling is not solely a religious act. Islamic texts, she explains, call for modesty but are ambiguous about what that means in exact terms. A woman who is immutable in her belief that God commands her manner of dress is not likely to change her outlook after reading this book, but, at the very least, the letters might make her think deeply about her choice. Lazreg says that women need to consider the context, politics and identity issues associated with their decision to veil themselves. There is no such thing as piety in a vacuum.

For those women who have chosen the veil precisely because they wish to make a political statement, like Muslim women in the United States who took up the veil in reaction post-9/11 prejudice, Lazreg makes a compelling argument that their political act does more harm than good: “Feeling comfortable in one’s culture and asserting its worth is one thing. However, reducing the essence of that culture to the veil is another.”

“The long, dark blue, billowing Afghan dress, the Algerian white veil, the black Iranian chador, and the ubiquitous open-face hijab all speak to a history in which men watched over women’s dutiful discharge of their roles as guardians of their sexual domain,” Lazreg writes. Along with feminist arguments, Lazreg presents practical considerations and appeals to reason. Whether one agrees with her analysis or not, what is most important about this very personal book is the dialogue that it drives.

Excerpt: “Women are held hostage equally by radical secularists and Wahabists, Islamists and Shi’a Muslims. None of them trusts women with the capacity to decide for themselves how to manage their bodies and whether to wear a veil. None of them has asked women for their opinion in the matter. Thus, whether she is in a shrine in Damascus or lives in Europe, a woman bears the brunt of the politics of cultural identity as crystallized in the veil.”

Further Reading: Torture and the Twilight of Empire: From Algiers to Baghdad

, Inside the Gender Jihad: Women’s Reform in Islam

, and Standing Alone: An American Woman’s Struggle for the Soul of Islam

Angilee Shah is a freelance  journalist who writes about globalization and politics. She is currently writing from Indonesia. You can read more of her work at www.angileeshah.com.