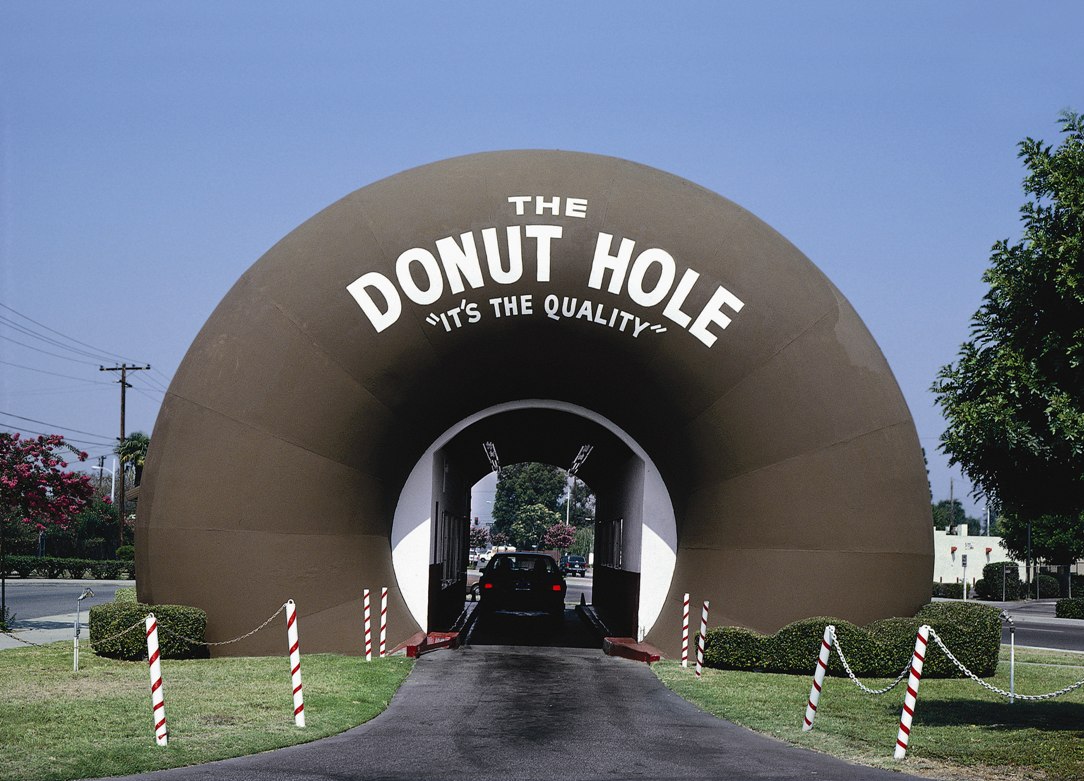 John Margolies’ Roadside America captures fading landmarks to American automobile culture. Margolies, appetite whetted on road trips with parents who never pulled over, began crisscrossing the country in the mid-1970s. He documented against blue skies motels, drive-ins, diners, gas stations and other businesses with eye-catching architecture. Mainstream architects took time to come around to his appreciation, notes Phil Patton in his introduction to the volume of photographs. It wasn’t until 1972 that architects Robert Venturi and Denise Scott Brown mounted a defense of the vernacular architecture of the roadside strip, particularly the “Decorated Shed” – normal buildings with quirky signage – or the “Duck,” in which a building is shaped like its function. Below, selected images from Roadside America.