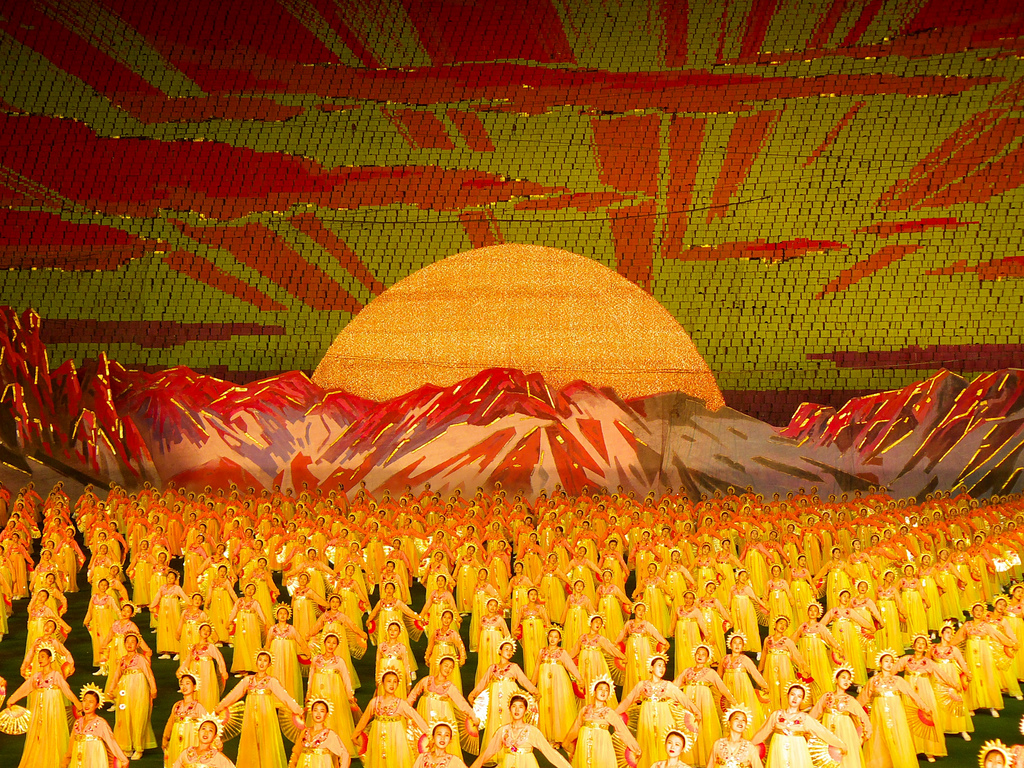 Nothing to Envy: Ordinary Lives in North Korea 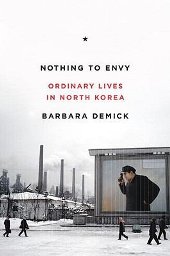 As Barbara Demick introduces it, North Korea is quite literally a dark spot in East Asia. At night the country goes black. From space, it looks like a hole surrounded by the electrified cities in South Korea, China and Japan. “When outsiders stare into the void that is today’s North Korea, they think of remote villages of Africa or Southeast Asia where the civilizing hand of electricity has not yet reached,” Demick writes. “But North Korea is not an undeveloped country; it is a country that has fallen out of development.”

Demick addresses this darkness and the history that felled a once progressing nation, but Nothing to Envy is particularly compelling when it’s personal. Demick tells stories of North Koreans with whom Americans can empathize. Six real people fall in love, start businesses, and fight with their mothers –  all while struggling with hunger and brutal politics and, eventually, refugee life. It is a cinematic book, reminiscent at once of an epic war film and John Hersey’s classic reportage in Hiroshima.

Take the first character Demick introduces, a teenager named Mi-ran. Though older adults who remember the days when North Korea’s electric grid worked may not like the dark that sets in at 7 p.m., it’s excellent cover for teens dating in secret. Mi-ran and her longtime boyfriend Jun-sang found romance in the oppression of a conservative and dangerously class-focused society. Even as famine sets in, Kim Il-sung dies and defection becomes more common, romance – “what might be disparaged as typical girl talk” – propels Mi-ran’s story. Can a broken postal service and unreliable train system still help bring two people together? How will the lovers keep their secret when neighbors and even family members could be government informants? How will they reunite when one secretly crosses the icy waters that separate North Korea and China?

That Mi-ran and Jun-sang have such a compelling and readable story – which Demick traces for years – as do the others profiled in Nothing to Envy, is a credit to Demick’s creative and persistent reporting of their true stories. While serving as the Seoul correspondent for the Los Angeles Times, she corroborated information from defectors from Chongjin, an industrial port city not far from the Chinese border. She collected the small details of ordinary lives to create an extraordinary narrative about a place and people who are more often understood as caricatures.

Nothing to Envy is a book for those who want to understand the Hermit Kingdom in context of history and globalization. It is a book for policy wonks interested in the different brands of communism and authoritarianism. But to Demick’s greatest credit, this is a book for people who love stories.

Excerpt: “North Korea invites parody. We laugh at the excesses of the propaganda and the gullibility of the people. But consider that their indoctrination began in infancy, during the fourteen-hour days spent in factory day-care centers; that for the  subsequent fifty years, every song, film, newspaper article, and billboard was designed to deify Kim Il-sung; that the country was hermetically sealed to keep out anything that might cast doubt on Kim Il-sung’s divinity. Who could possibly resist?”

, Jia: A Novel of North Korea

and Extraordinary Popular Delusions and The Madness of Crowds