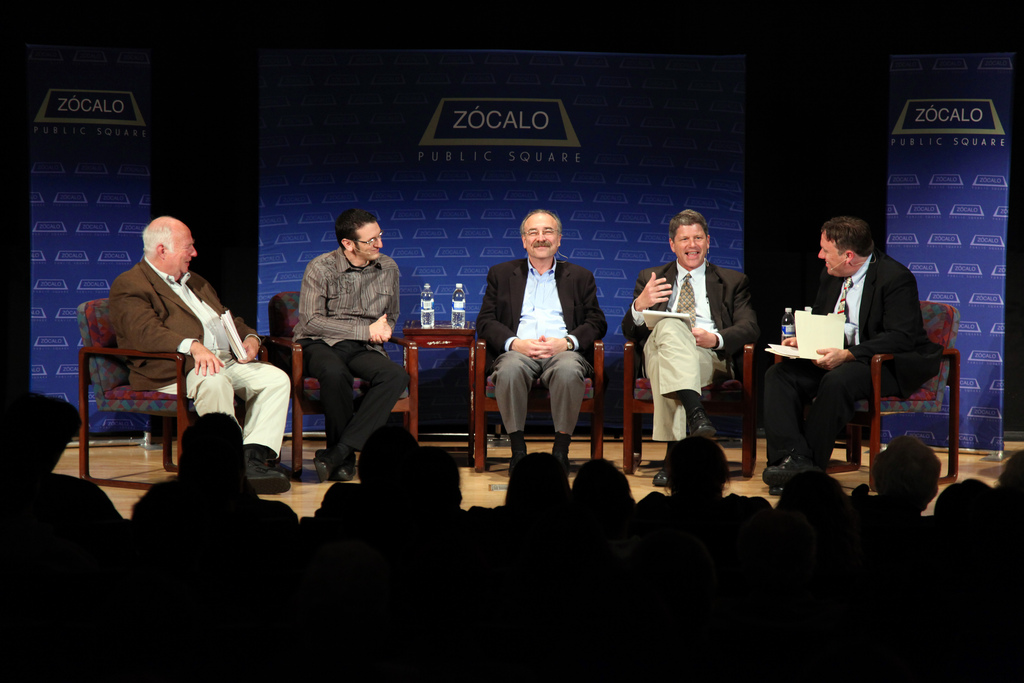 California has a lot going for it. As New America Foundation senior fellow Joe Mathews explained, California boasts 17 of the top 30 American tech companies – including Google and Facebook – receives three times as many patents as the next most inventive state, hosts five of the country’s top 10 universities by research funding, and is larger in size and population and economy than many of the world’s countries. And by the latest estimate, California only gets about 80 cents for every dollar it pays in federal taxes.

So Mathews’ greeting to the crowd at the Autry National Center seemed appropriate: “Welcome fellow secessionists.” Or, putting it less militantly, Mathews suggested, “California can be a spin-off. America is ‘Cheers,’ and we’re ‘Frasier.’”

Mathews joined PoliPoint Press editor Peter Richardson, political consultant Darry A. Sragow, writer and blogger David Dayen, and Global California author Abraham Lowenthal to figure out whether California would be better off as its own country, and, short of seceding, how close Californians can get to independence.

Start with a little anarchy

California has always been a little different from other states, Richardson explained, thanks to the Gold Rush: “It started, essentially, in anarchy.”  An untamed expanse separated California from the rest of the country, and without coal, the state had to turn to oil for power. Mining also made the state a multicultural one. As Lowenthal noted, when California first became a state, 40 percent of its population was born in another country – not in the U.S. or its territories. The state economy was tied to the world more than to the U.S. east of the Rockies.

“We entered the U.S. as a republic, a fully formed and isolated society,” Richardson said, and one that substituted for the Puritan work ethic its own motto: “Get in as fast as you can and enjoy yourselves.”

The stiff arm from the feds 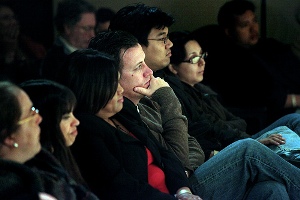 The state occasionally has flare-ups of tension with the federal government, particularly in the last 10 years, the panelists noted. The federal government thwarted California’s attempts to recoup energy costs after its crisis early last decade, Richardson said. And Dayen added that California was denied federal assistance in stopping banks from charging the state higher interest rates – a request mischaracterized, Dayen said, as a “bailout.” Banks, fearing California would default on its obligations, require it to borrow money at higher rates, even though the state’s constitution makes it nearly impossible to default. That refusal by the federal government, Dayen said, meant high unemployment and public employee layoffs in California. “They gave us the stiff arm,” he said. But as Richardson pointed out, the state has many tax limits – most notably Proposition 13 – that make bankers nervous, since other states can simply raise taxes to avoid default.

But even as the state asked more of its federal government, it also did more to act like or against it. California’s clean air efforts have set the tone for the country for decades – and Governor Arnold Schwarzenegger signed environmental treaties with foreign leaders. The current push for legalizing marijuana has its roots, Richardson noted, in a 1996 act that he characterized as “open warfare.” (Richardson did add in Q&A that California was also among the first states to criminalize marijuana. “We’ve always been ahead of the curve.”)

Dayen noted that there have been more subtle ways, too, of making our own way as a state. San Francisco has what he characterized as less a single-payer healthcare system than “socialized medicine,” by which residents receive healthcare at designated centers after paying a nominal fee. And, he noted, “I live in Venice. I stroll around Venice Beach, and it’s unclear that marijuana is illegal.”

California’s attitude, Sragow said, has left it not well liked in the capitol or by other states. California is seen as shallow, greedy, strange and certainly too liberal, even if, Sragow argued, we’re more libertarian than liberal. Whereas other states that distrust the federal government face incursions from the capital, California is quite independent. And ultimately, as he put it, Californians feel that “most people outside of the place don’t like us, and you just don’t care.” 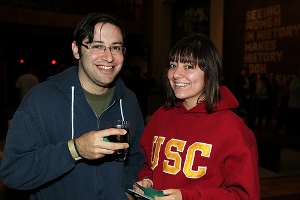 How serious is the idea of California becoming its own country? Not very. Dayen noted that high-level California leaders at the height of the budget crisis combed state and federal constitutions to see if the state could become a territory again, allowing it possibly to run a deficit or coin money. And as Lowenthal argued, the state has lost its international feeling. Its institutions carry the imprint of the mid-20th century, when the state had its lowest foreign-born population and least globally integrated economy. Far short of becoming our own country, Lowenthal noted, the state fails to think internationally and see the ways it could improve its policies and take on a global role without seceding.  He suggested the state, for instance, make its immigrant population, legal or not, as beneficial to the state as possible, by ensuring them the chance to be well-educated, healthy, and politically and economically engaged. “These things should not be controversial,” he said.

But with a great majority of Californians believing the state is on the wrong track, Sragow said, “That’s when revolution happens. That’s when Proposition 13 passes, or we recall the governor. We do something.”

Still, if California were to consider secession, it may not fair so well. Water would be an even worse problem without access to the Colorado River, the panelists noted in Q&A. Rural areas would get short shrift. California’s government is no means a well-run one, Richardson said. Dayen agreed: “I think the IMF would be knocking on our door.” (Though Mathews defended the state, noting it would have a lower debt-to-GDP ratio than the country as a whole.) Sragow thought it unnecessary to secede because we already “impose our rule on the rest of the country.” How we would make money was an open question. Dayen suggested “we could smack a tariff on everything from the ports.”

But it was Sragow put the question to the most practical test: “I don’t want to have to use a passport to get to Vegas.” 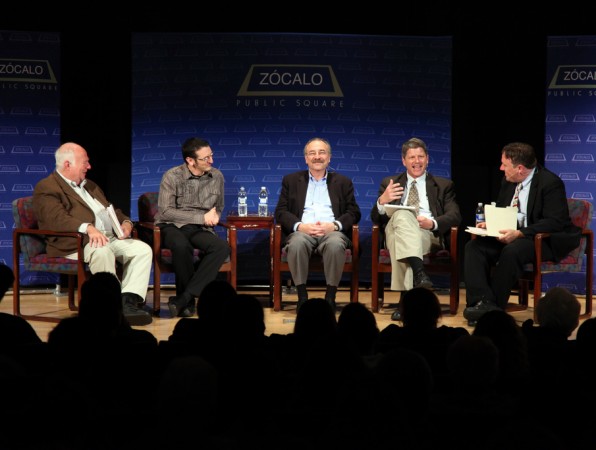