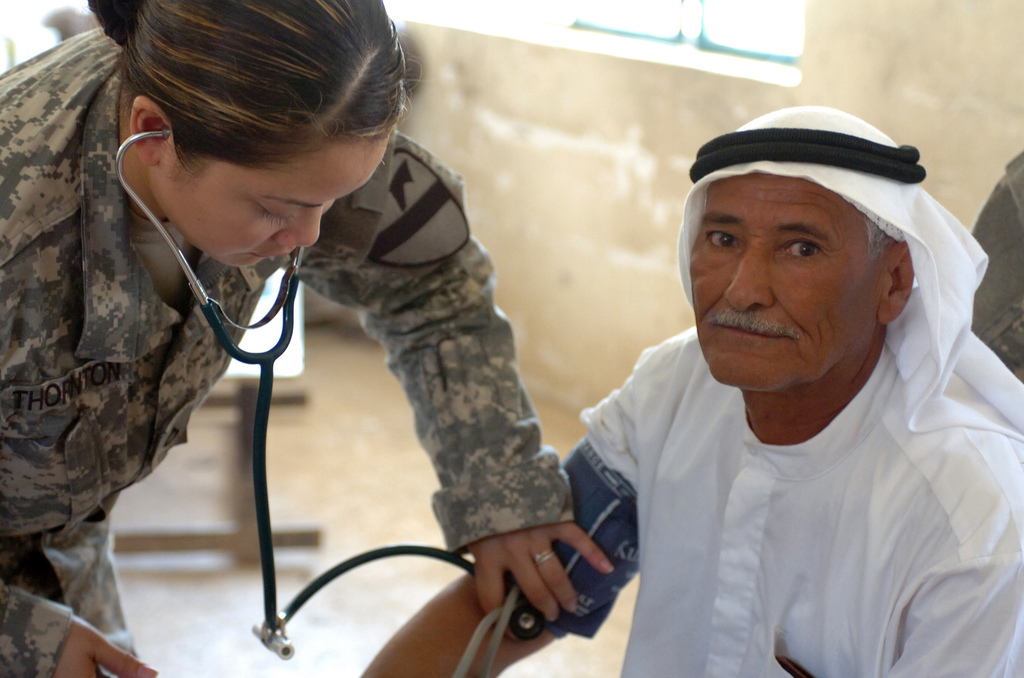 War and the Health of Nations
by Zaryab Iqbal 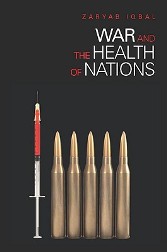 The premise of War and the Health of Nations is not all that startling: War is bad for your health.

But what Zaryab Iqbal offers is quantifiable evidence that there needs to be a shift in how we talk about war. The “cost of war” should take on new meaning. She emphasizes “human security” over national security and urges policy makers to look beyond economics and borders when designing their military programs: “Just as the financial cost of waging war is taken into consideration before embarking on military action, the health cost – if properly understood – would also be a factor.”

The 1991 Gulf War destroyed Iraq’s high quality public health facilities. Child mortality surged from 257 to 1,536 per 100,000 children from 1990 to 1995. Typhoid cases increased more than tenfold, according to the World Health Organization. Iqbal’s research seeks to quantify these kinds of effects of conflict on public health using statistical data. She relies heavily on World Health Organization Health-Adjusted Life Expectancy (HALE) records, which count the average number of healthy years rather than simple life expectancy.

A causal relationship is difficult to establish – countries in conflict tend to have an array of social problems that affect health – but the correlation is strong. Comparing data from 1999 to 2005, she found that place with conflicts or conflicts in the previous year have dramatically lower HALEs. People in those countries have about eight years less of healthy living compared to countries without conflict. Each year of conflict a country endures, she found, costs its population about five healthy months on average. Looking back 40 years, before the World Health Organization began tracking HALE, Iqbal found that fertility and infant mortality rates increased, while life expectancy decreased in major conflicts, where more than 1,000 people die in a year, and also in protracted minor conflicts with at least 25 deaths in a year. She also found that on average, government spending on health decreased by 21 percent in years with major conflicts.

Ultimately, this is an anti-war book, but from a cynical perspective the data in War and the Health of Nations supports the idea of keeping conflict off home soil more than it supports the idea of minimizing conflict overall. Empathy is important for these findings to make a real impact on U.S. policy in particular. Iqbal makes a strong case that public health disasters – from the influenza outbreak  after World War I to HIV/AIDS and SARS – have global repercussions. But whether this argument holds weight in the halls of power, particularly as it pertains to war, and day-to-day media coverage is yet to be seen.

Excerpt: “Even if the realization of the human costs of war does not prevent conflict, it would nonetheless influence the manner in which policymakers and practitioners approach health-related consequences of war. An evolution of norms that encourages minimizing the negative effects of war on civilians and a reduction in collateral damage would compel war strategists to devise ways to avoid disrupting the lives of civilian populations.”

Further Reading: Human Security and the New Diplomacy: Protecting People, Promoting Peace; The Killing of the Fittest: A Quantitative Analysis of HIV/AIDS and Conflict; and Contagion and Chaos: Disease, Ecology, and National Security in the Era of Globalization.