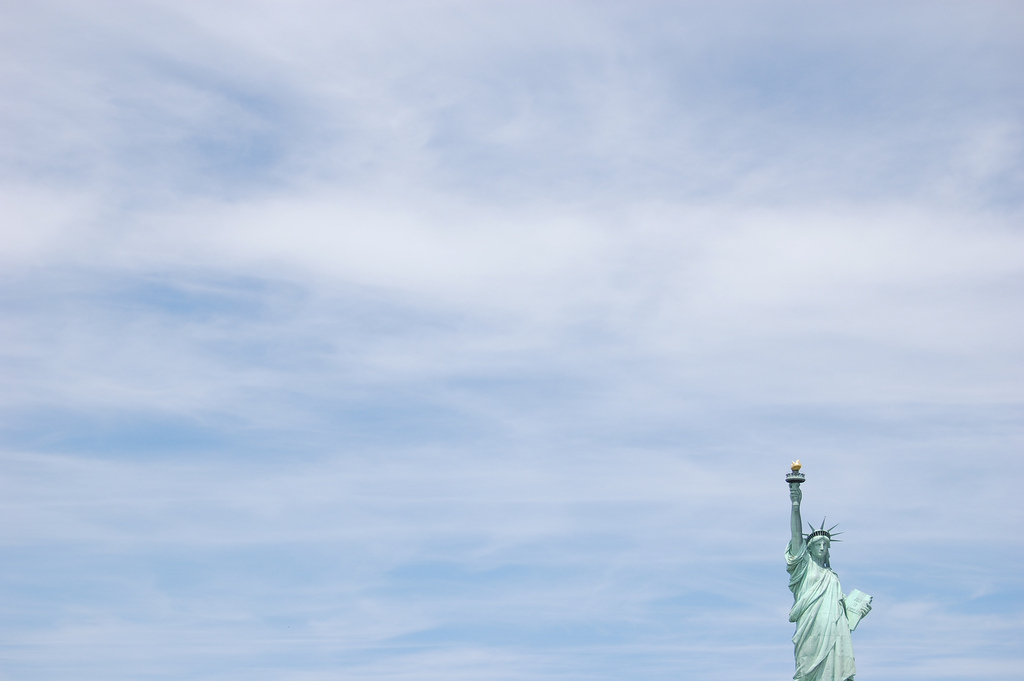 Q. We tend to think of “American empire” as a postwar concept, or at least a 20th century one. How old is the American empire, by your count?

A. I argue it is as old as the United States. We were conceived as an empire, particularly as defined at that point by the British Empire. Those like Benjamin Franklin, who is the first character in my book, conceptualized the U.S. as perfecting an empire along the lines that the British had established. It was a very difficult decision for Franklin to break off from the British Empire, or to advocate that the colonies break off from that Empire. He only concluded that they must after he determined that the British Empire had gone awry, had gone off in a counterproductive direction, and consequently the U.S. would be able to build on that in a more perfect way. That’s where the concept of liberty fits in.

Q. What was the founders’ idea of liberty? Was it primarily an individual value, or a broader one? 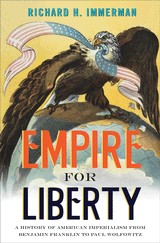 A. On an abstract level, they did think of liberty as an intrinsic value. It was fundamental to American ideals and the American identity. Liberty was to a large extent the raison d’etre for independence, based on the notion that the British had subverted America’s liberties. For that reason, an American empire – the growth and development of it, the existence of it – would be based on this notion of liberty, and the notion that empire and liberty were mutually reinforcing, whereas ultimately some have come to argue today that they’re mutually exclusive. As I argue in the book, the concept of liberty becomes more contested, and the notion of empire changes over time. That leads to the collision of the concepts.

Q. When did our notion of what empire meant start to change?

A. There’s an irony there as well. Americans defined themselves as an empire, used that term virtually interchangeably with “state” or “nation,” up through the Civil War period. During that time, the notion of empire tended to be more instrumental – it had to do with political control. As a consequence it was much more of a benign concept. Empire becomes more pejorative, or freighted with negative baggage, as the 19th century wore on, after the Civil War. This is particularly true when “empire” becomes associated with the new imperialism associated with the Old World in the latter part of that century, and as the U.S. becomes more engaged, if you will, in the imperial scramble – in what some people would refer to later as the “Great Aberration.” When empire becomes associated with or likened to imperialism – and imperialism was never a benign term-then empire takes on a more pejorative connotation. Interestingly, it’s at this point that Americans become more adamant in disassociating themselves with empire – notwithstanding that one could argue in the pre-Civil War period, as the U.S. developed its continental empire, it behaved in a more ruthless and violent manner.

Q. And what about our idea of liberty?

A. Liberty never had this type of instrumental definition. Liberty was an ideal. It obviously incorporated freedom and other notions that are very positive in terms of our values, but it’s hard to really pinpoint what it is. Prior to the Civil War, the Union thought it stood for liberty in terms of opposing slavery. Those in the South also thought they were the supporters of liberty – in terms of states’ rights and keeping the federal government at arm’s length. In that sense, it was always, as I said, contested.

In terms of the Civil War – and the wars today – the issue really is whether one state can impose “more liberty” on another. That itself is so inherently contradictory and tension-ridden. The notion of self-determination is associated with liberty on the one hand, but it raises problems on the other hand depending on how people behave, and how receptive or acquiescent the other polity is to American influence.

Q. It seems these fundamental concepts were particularly transformed during the Civil War and the decades after – you highlight two lesser-known empire-builders from those times, William H. Seward and Henry Cabot Lodge. Why did you choose them?

A. William H. Seward is actually a fascinating case. Of all the primary players in my book he is the least known, and yet in many ways he’s extremely important. Seward represents the types of contradictions I’m writing about. He rises to political prominence in the antebellum period as a staunch abolitionist, or at least an opponent of slavery. I would place him in the abolitionist camp. He opposes, for example, the Compromise of 1850, and does not believe that the house can be divided in two. He’s considered a champion of liberty based on certain conventional definitions. Yet even at that time, he’s an avid proponent and ultimately an architect of a broad, expanding American empire, particularly a commercial overseas empire, which would include other peoples, for example Hawaii or Cuba. He sees that expansion as positive, as enabling and facilitating the growth of American ideals and values that he associates with liberty. And yet in doing that, he will obviously at least curtail liberty of the indigenous people. Seward is probably the individual most associated with what is often called the “New Empire,” the American overseas empire built in the latter part of the 19th century.

Henry Cabot Lodge is quite different from Seward in that he’s an avid proponent of an assertive nationalism. He also advocates empire expansion in the name of liberty. But someone like Seward would argue that the type of expansion would not subjugate people – that they would naturally be attracted to the U.S., and therefore it’s not an issue of imposing anything. Lodge, who is a much more bellicose type of nationalist, really doesn’t think in those terms. Expansion is an extension of American greatness and power, which he would define also as the extension of American liberty. He’s much more associated with, let’s say, Teddy Roosevelt – that type of aggressive and to some extent militaristic policies.

Q. Your book focuses on figures other than presidents – why?

A. To a large extent, in the writing of American history, we tend to personalize it, to base it on the presidents. I’m not arguing that presidents are not significant – they absolutely are. But there are many other players in the story who are equally or even more important, and reflect political, cultural and other dynamics even more so than presidents do. I thought it was important to reach down to another layer in the American story and identify these people.

A. Except under particular defined moments – under Lodge in the latter part of the 19th century, to some extent in the early Cold War period, then also more recently – the American empire is never militaristic in the sense of relying primarily on military instruments or coercion. The use of the military is, ideally, a short-term resort to achieve an objective. There have been various times when the U.S. has relied very heavily on military means, certainly when it created its continental empire. But subsequent to that it has been based on economic tools, cultural and ideological affinities, and diplomacy, and the notion that it is based on the voluntary association of other peoples. Part of the reason America has had a difficult time controlling its empire is because it denies it is an empire.

Q. Does an economic empire do better at preserving liberty?

A. Liberty is in the eye of the beholder. The statesperson, the architect, would say this is an empire based on free choice. It’s built on the notion of the liberal order, that is, the free exchange of not just goods but ideas. Others of course argue that choice is much more constrained. States or people who choose are not necessarily “free.” I’m not arguing that commercial expansion, that free trade, even the notion of a globalized world is inherently bad in one way or another. It’s really about the forms it takes, and how often these commercial empires breed the type of environment that ultimately leads to the use of military force.

Q. If we’ve been an empire so long, would you say it’s a good thing, or an essential quality of our country?

A. I would say liberty broadly defined is a good thing – that notion of seeking to assist and enhance the development of other peoples is generally good. Americans have by and large defined liberty, or defined America, as an exceptional nation that is more adept, or more mature, or more capable of exercising liberty as a public good than other countries. So the result of this notion is that it’s difficult to expand a concept like liberty, or to export it to other people, especially people who Americans believe are incapable of using liberty responsibility. That’s where the collision arises, and it’s been apparent throughout American history, whether with Native Americans and other ethnic groups within the U.S., or internationally. Our intentions are generally good – to bring other people these ideas and values that are integral to the American identity. But then we become disillusioned as soon as we start to think those people cannot act responsibly within the environment of liberty, and therefore require more guidance, to use a euphemistic word.

Q. So far, do you believe Obama is shrinking American empire?

A. He’s sort of denying it. I argue in the book that the contradiction, the collisions I see becoming most manifest is with Guantanamo Bay and Abu Ghraib or other examples in which America is behaving clearly in a way that it associates with forces against liberty, but doing it in the name of liberty. We’re subverting our own values. Obama campaigned very strongly on the notion that such behavior was incompatible with American ideals. And yet, we have seen very little change in the country’s behavior since he took office. I would not argue at this point that America is less committed to empire than we were before Obama.

Q. Would it be possible for Obama, or any president, to effect a retreat, or shift away from empire for the country?

A. It would be very difficult for America to retreat in the sense of withdrawing from the Middle East, or elsewhere in the world. American interests as well as its ideals are really now integrally related to the world. As other states develop in terms of not just power but also their commitment to a type of global order – even a liberal global order that the U.S. associates with itself – then we might be able to have more shared responsibility for maintaining stability throughout the world.

Q. Is there anyone in the Obama administration who you identify as an architect of empire in the way of the six figures you profile in your book?

A. No one now comes to mind. I don’t see anyone in the Obama administration who played the role that Paul Wolfowitz played in the Bush administration – a sort of public intellectual who has really thought about these issues for a long, long time. In terms of Wolfowitz, although I’m quite critical of what he did, he’s a remarkable character in certain ways. I almost give him a begrudging respect because of how he has thought about these issues. I don’t see anyone in the current administration who’s comparable.