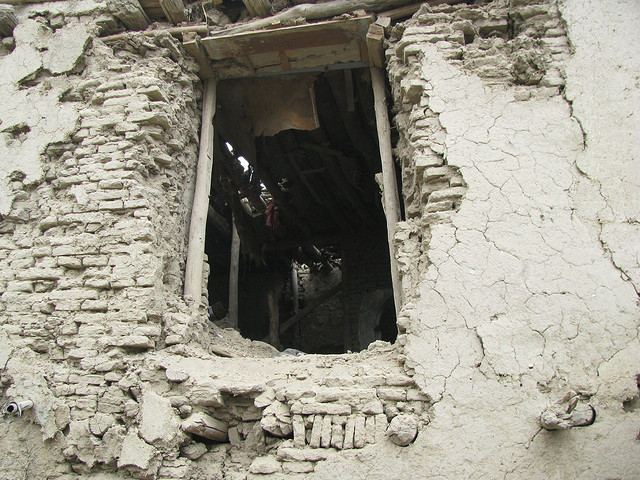 Captive: My Time as a Prisoner of the Taliban 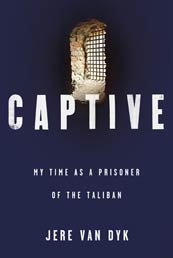 Last year was a banner one for high-profile American journalists arrested abroad. Journalists Laura Ling and Euna Lee were held in North Korea for almost five months. Roxana Saberi spent just over four months in Iranian prisons. Their stories of trying to report from hostile countries were captivating and challenging. Were they courageous or reckless? Was their imprisonment a mark of aggression or the right of sovereign nations upholding their local laws? And why would a journalist take such big risks in the first place?

Jere Van Dyk’s imprisonment memoir, Captive, cuts to the core of these questions. Van Dyk was held by the Taliban in Pakistan for 45 days in 2008. He was on an ambitious mission that went awry – to become the first Western journalist in 10 years to cross the border from Afghanistan and report from the tribal areas. A contributor to CBS News and The New York Times, Van Dyk was working on a book on the Taliban. It had been six years since Wall Street Journal reporter Daniel Pearl was beheaded in Karachi, and Van Dyk spent his days in a dark room wondering if he would also be killed.

This is not a memoir with easy answers about good and evil, however. It is one that complicates issues of journalistic license, one in which Van Dyk’s anxiety and ambivalence about being a prisoner of the Taliban is palpable.

The structure of the book mirrors Van Dyk’s experience. It begins with an explanation of his long history exploring Afghanistan, where he first visited in the 1970s and repeatedly returned throughout his career, even embedding himself with the mujahideen in the 1980s. He knew the customs of Pashtun society, and the fractures in the Taliban, Pashtun paramilitaries, Pakistani army and intelligence. He was ready for this ultimate task – it seems he tries to convince not just the readers, but himself of that. “This time I would be traveling with the Taliban,” he writes. “My life would be in their hands every minute, in Pakistan, where there were no American soldiers. I had to go, and I wanted to do this. I was scared.”

Van Dyk continues on to chronicle in drawn-out fashion his days of captivity. He notes the conditions, the temperature, his health and routine. He explains Pashtunwali, the code of the Pashtun people, and how his captors upheld that code while grappling with the Taliban’s version of Islam. He was their prisoner-guest, a foreigner whom they could kill at anytime but were also duty-bound to treat well and protect with their lives. They would offer him the best food they had, and go on to ask him to come up with large sums of money in exchange for his release.

What happens in the course of his captivity is interesting; what happens to Van Dyk’s mind is more interesting. Because the Taliban group that held him allowed him to write – he was their guest, after all – the text is in the moment. He is equivocal about everything from the Taliban and America, to Islam, his captors and his situation. “I was afraid,” and “I was not afraid,” alternate on the pages. Of the leader of the group that captured him, Van Dyk writes: “But part of me liked him. He was smart, quick, strong, committed, and he treated me with respect. He could order my death in a second.”

Captive is the memoir of a complicated person. Van Dyk was held not just by the Taliban, but by his own desire to get close to them. He does not come up with a judgment of his own actions or a flat condemnation of the actions of others, but he does offer insight into why some people are so drawn to dangerous storytelling. “I knew, long ago, that I would be a traveler, that I would see the world, that it would be cold and I would be lonely, but I had no choice,” he explains. “I wanted to be in the world.”

Excerpt: “I had entered another world. Twenty-five years ago, a part of me had wanted to join the mujahideen, these men who put their rifles on the ground and bowed down behind their weapons, touching their foreheads and their turbans in the dirt. How I admired the simplicity of their worship and the humility of theses very tough men before God. Now here I was. It was different now. I didn’t want to join these new holy warriors. I was doing this to survive so that they wouldn’t kill me. I had to be careful.”

by Jere Van Dyk, Enemy Combatant: My Imprisonment at Guantanamo, Bagram, and Kandahar

by Moazzam Begg and Victoria Brittain, War Is a Force that Gives Us Meaning