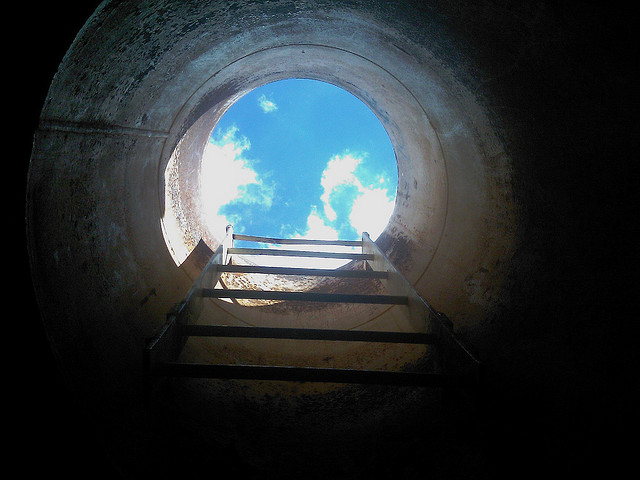 The Twilight of the Bombs: Recent Challenges, New Dangers, and the Prospects for a World Without Nuclear Weapons
by Richard Rhodes 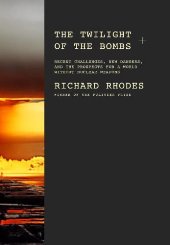 Like the training scenes in “The Karate Kid”, it’s hard to understand why we are reading Twilight of the Bomb‘s historical minutiae while in the midst of it. If Richard Rhodes’ history is a review of nuclear challenges since the Cold War, it is also a political history, a technical manual, and a diffuse tome to culminate his monumental four-part series on the subject. We learn about every politician and diplomat who negotiated or affected negotiations with the remnants of the Soviet Union, Iraq and North Korea, the difference between krytons and zirconium powder, capacitors and implosion bombs. Wax on, wax off.

But we do know we are learning something important: the 1993 exchange of American and Russian scientists had large value as a cultural exchange; South Africa is the only nation with an indigenously produced nuclear arsenal that has voluntarily disarmed; and the International Atomic Energy Agency firmly concluded that Iraq did not have the facilities to build a nuclear arsenal without detection before the U.S. invasion in 2003.

Of course, like any good training montage, there is a catharsis at the end. After explaining 30 years of back-and-forth on disarmament, draw-downs, test bans and intelligence gathering, here’s what Rhodes concludes: We will inevitably rid the world of its nuclear threat. “Nuclear weapons, never weapons of warfare except in the grandiose imaginations of air-power fantasists, have reverted to their original function: they are terror weapons,” he writes, diving into his own voice near the end of the book. He challenges us, asking, “Are we terrorists?”

It’s almost as though Rhodes wrote this history precisely so that we can put it behind us. His series about nuclear weapons began with the Pulitzer Prize-winning 1986 book The Making of the Atomic Bomb, and continued with Dark Sun and Arsenals of Folly. Twilight is a dense book that completes the longer narrative. It holds a new fact on every line, replete with detail, long quotes and pull-outs from memoirs and documents as the world falls in and out of danger (or, often just perceived danger) from nuclear annihilation. Rhodes deconstructs George W. Bush’s case for war in Iraq, offering particularly damning and specific evidence that he willfully lied about the possibility of Saddam Hussein’s stockpile and ability to build weapons of mass destruction. On North Korea, Rhodes outlines the maneuvers of the Clinton administration, culminating with and South Korean press interview with Kim Jong-il. It turns out he never had any intention of using his nuclear weapons – he realized that his country would never survive the United States’ retaliation – and was primed for negotiation to end its nuclear program all together. The Bush administration took a hard line instead of continuing with the hard-won diplomacy of the Clinton era.

This is all to say that Rhodes’ history challenges the idea that deterrence is a good long-term strategy. Ultimately, nuclear weapons beget nuclear weapons, and even if there is no country in the world that intends to use them, their existence is a threat. The Obama administration’s moves to reduce the U.S. arsenal – it is now pushing for the Senate to pass a stalled treaty with Russia, for example – is an inevitable and necessary movement toward global eradication of nuclear weapons. If we are we worried about terrorists’ use of weapons of mass destruction, Rhodes says that we have to worry about the arsenals that we harbor ourselves. However protected, the danger of those weapons falling into the hands of someone willing to use them is more potent than the safeguard of deterrence. Terrorists won’t be deterred by nuclear weapons, he argues. Going through the all-important exercise of understanding how the nuclear threat has been used politically and exaggerated over the years might take us all a long way toward changing our mindset about harboring nuclear weapons.

Excerpt: “Here in brief, early in 1998, more than three years before the terrorist attacks of 11 September 2001, was the basic argument the administration of George W. Bush would use to justify starting a second war against Iraq in 2003 and forcing Saddam Hussein from power. It would be possible later to question if Iraq might have reconstituted its WMD during the five-year hiatus when the U.N. Was barred from inspections; both Butler and Blix told me they initially believed that Iraq had done so when the U.N. prepared to reenter the country for inspections in 2003. But the war had already been framed by its chief instigators in 1998, when years of inspections were just coming to an end, when all Iraq’s nuclear materials and infrastructures had been discovered and destroyed, and when the relatively primitive state of Iraq’s missile development was obvious — when, in other words, there was no threat to the United States to justify an invasion. The authors of the 1998 letter did not dare make such a claim, but pointed instead to the supposed vulnerability of American troops in the region, of Israel, and of the supply of Middle Eastern oil.”

Further Reading: Plan of Attack: The Definitive Account of the Decision to Invade Iraq by Bob Woodward and The Making of the Atomic Bomb by Richard Rhodes