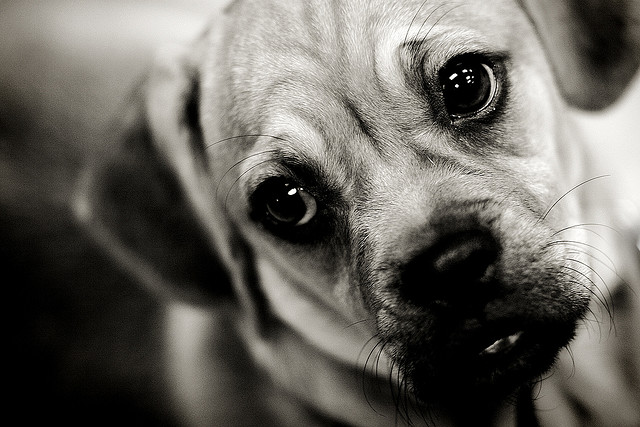 Some We Love, Some We Hate, Some We Eat: Why It’s So Hard to Think Straight About Animals
By Hal Herzog 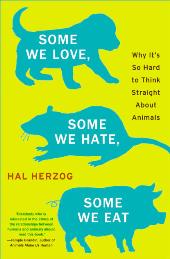 The average meat-eating, leather-wearing reader might feel apprehensive picking up a book on anthrozoology, the study of human-animal interaction. Most literature on this modern interdisciplinary field seems to veer towards animal rights propaganda, inevitably or indirectly preaching about the ethics of owning a pet, going vegetarian or donning exotic skins.

Hal Herzog’s first book Some We Love, Some We Hate, Some We Eat is an engrossing and not-so-strident read on the subject for just about anyone – including those who don’t usually care much for the animal kingdom. A psychology professor at Western Carolina University who has been an anthrozoologist for over two decades, Herzog has gathered an impressive and near-exhaustive range of in-depth scientific research and some lighter anecdotes to illustrate the complex relationships and attitudes man has with beast.

Herzog starts, as his title would suggest, with some of the contradictions in our handling of animals. “How can 60 per cent of Americans believe simultaneously that animals have the right to live and that people have the right to eat them,” he asks. But he also refrains from proscribing any particular attitude or moral code. “When I first started studying human-animal interactions I was troubled by the flagrant moral incoherence I had described in these pages,” he writes. “I have come to believe that these sorts of contradictions are not anomalies or hypocrisies. Rather, they are inevitable. And they show we are human.”

Take the conflicted way we approach vegetarianism. Herzog cites a survey of 77 former vegetarians, which showed that most had been green grubbers for an average of 10 years before returning to their omnivorous roots for reasons ranging from health to simply missing the taste of a T-bone. Herzog also comes across the devout vegetarians who would never eat meat but have no qualms gunning down the innocent critters that forage their farms. The author’s point here is not so much the lack of commitment of so-called vegetarians but that this dietary practice is tinged with moral ambiguity.

America’s love affair with pooches seems to be even more complicated. Dogs, Herzog notes, are believed to be an evolved form of wild wolves. While we have embraced a predator as pet by virtue of – in Herzog’s words – “a [difference in a] few base pairs of DNA”, we are equally quick to use Lassie’s feral roots to justify our discrimination against certain breeds. The hybrid species known as wolf-dogs, for example, are banned outright in some states because of their genetic make-up. Pit bulls are considered so dangerous that even PETA wants them gone. (This despite studies showing that they are actually no more violent than the average beagle, one of the top four most popular breeds to own.) At the same time, we want to own other dogs for many of the same reasons we want to own the latest fashion accessory or technological invention. If they look good or are highly covetable, we want them – never mind that pedigreed pooches are more susceptible to hereditary disease or that another type will soon lead the popularity pack.

Perhaps as the ultimate challenge for self-declared animal lovers, Herzog also devotes a considerable portion of his book to creatures more likely to cause people to cringe than coo. While snakes are considered one of the most feared animals of all time, they are kept as pets by as many as 400,000 people in the United States. Researchers have come to be divided on attributing Man’s reptilian aversion to nature or nurture. Of mice and men, Herzog points out that while 75 per cent of Americans would gladly kill a mouse that showed up in their home, many (himself included) have reservations about using mice as lab rats. Suddenly an animal’s “cute” factor or predator potential is no longer the central determinant in deciding whether it is pet or pest or gets to live or die.

Throughout his book Herzog, a humorous and highly personable writer, throws out factoid after factoid that encourages readers to re-think their relationship with animals. Even if you’re not a pet owner or particularly passionate about animal rights, it’s worth reflecting upon the last time you squirmed at the sight of an abattoir or cooed over a boutique dog breed. Was it for the so-called right reason, and is there even such a thing? The answer is most likely to be influenced by a complex mix of popular culture, social norms and mores and personal beliefs – not so different from human-to-human relations.

Excerpt: “Back when I was doing my doctoral research on cockfighting, I took an organizer from Amnesty International named Tony Dunbar to a derby at the Ebbs Chapel pit. Tony’s day job was trying to save convicted murderers from execution. As we were driving home at 2am reeking of tobacco smoke and greasy cheeseburgers, I asked him what he thought of our evening rubbing shoulders with some of western North Carolina’s ace rooster fighters. After a pause, he said, “To me, cockfighting is a small moral problem.” A lot of people would disagree. But I find it hard to escape the conclusion that, in comparison to the suffering that goes into producing a six-piece Chicken McNugget Happy Meal, he was right.”

Further reading: Hunters, Herders and Hamburgers: The Past and Future of Human-Animal Relationships by Richard W. Bulliet and Eating Animals by Jonathan Safran Foer.

Noelle Loh is a freelance journalist who writes about fashion, retail and urban studies.